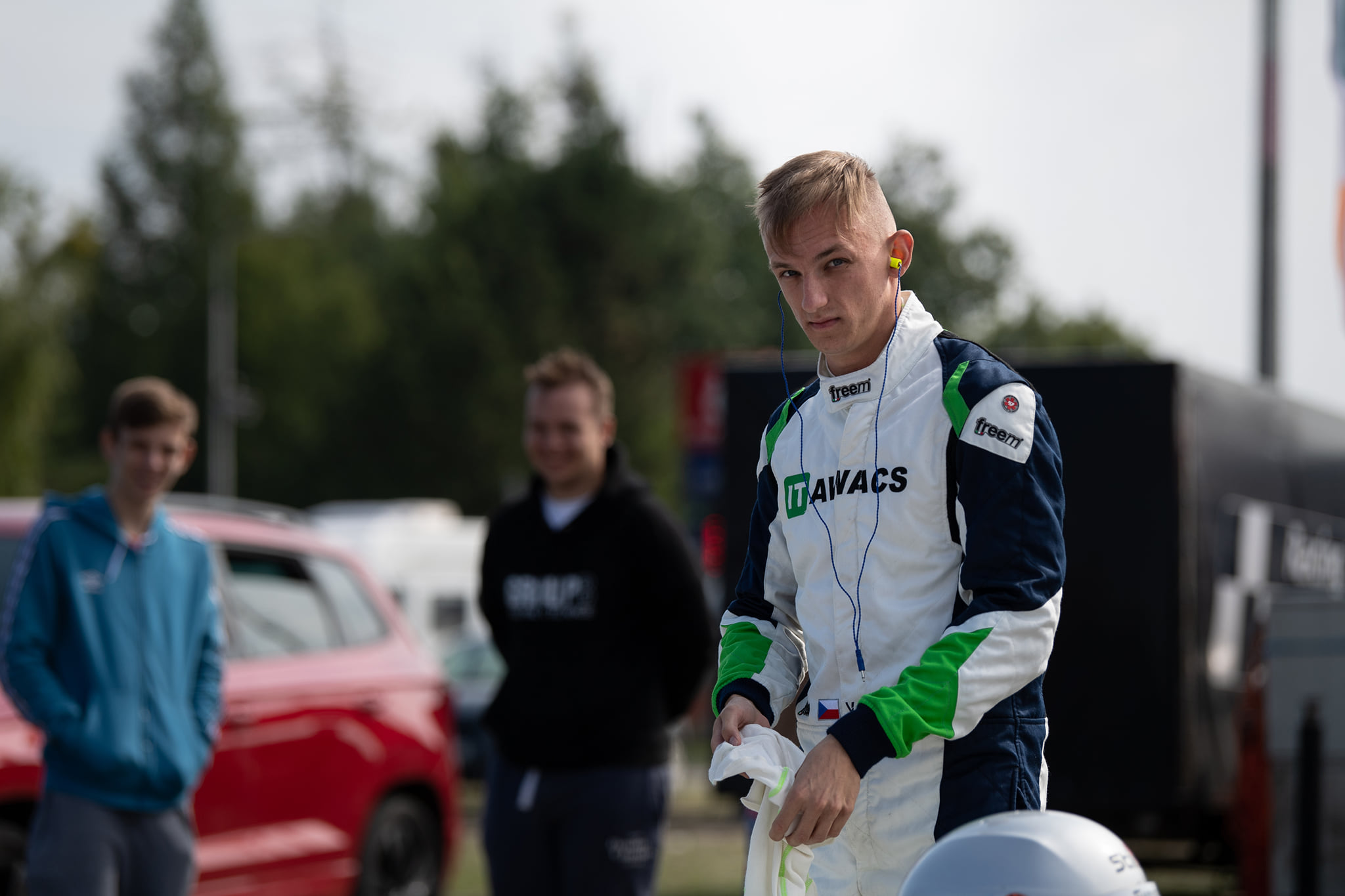 Vojtěch Birgus will enter his third formula season this year. In the previous one, he managed to win the F4 race in Brno and of course he would like to follow this success in upcoming season..

Vojta, you have been racing in karts for more than ten years. What was the impulse for moving to the formula cockpit in 2020?
One of the main impulses was the opportunity to try something new. I gained a lot of experience in go-karts over the many years, I participated in a lot of national and foreign races, but in a way I was still looking for formula cars. Then, when an offer came from JMT Racing Engineering at the end of the 2020 season to test a Formula 4, I didn’t hesitate for a second and went for it.

How did you experience the transition from go-kart to formula. Was it challenging or easy and natural?
The move to the formula was relatively natural, as go-karts are the best possible basis for circuit racing. It was necessary to get used to the big circuit and a slightly higher car speed in a way. At the same time, the opportunity to test the formula and the track virtually on the simulator helped me a lot before the first test. So I could get at least a small idea of ​​the car’s behavior and what awaits me in Most on the circuit during the first drive.

What surprised you with F4?
The biggest surprise for me was how well the formula brakes and its driving characteristics. Since I’ve never ridden on a large circuit with a formula before, it was a big surprise to me how the pressure works on the monopost. Downforce was a new for me and I had to learn to understand it You don’t have this in go-karts.

You started in CarboniaCup in 2020 and ended the 2021 season in Brno in the Eset Cup, where you have won in the F4 category. How did you like racing in the Eset Cup?
I have to admit that I enjoyed racing in the Eset Cup and I rate it very positively. Thanks to this, I was able to compare my strength with the drivers from Central and Eastern Europe in a well-organized championship. JMT Racing took care of the complete racing background and the entire administration. We were just ready for the races and everything worked for us. I liked that I was able to start with other formula categories, because you will also race with cars from higher categories, and I didn’t expect that at all.

What are your plans for 2022? Will you start regularly in the Eset Cup?
The ideal scenario would be to race at all Eset Cup events. But everything will depend on the covid situation and also on the financial situation. We have a few permanent partners who support us, but to race the whole season, we have to find others. It won’t work otherwise. I think that together with JMT Racing Engineering we have something to offer and we will do our best to make it happen, but it will not be easy.

Where do you see yourself in five years? In what car, for example?
Of course, I would like to move further in formula cars, but I do not oppose other alternatives. I would definitely like to try a GT3 or TCR, for example.