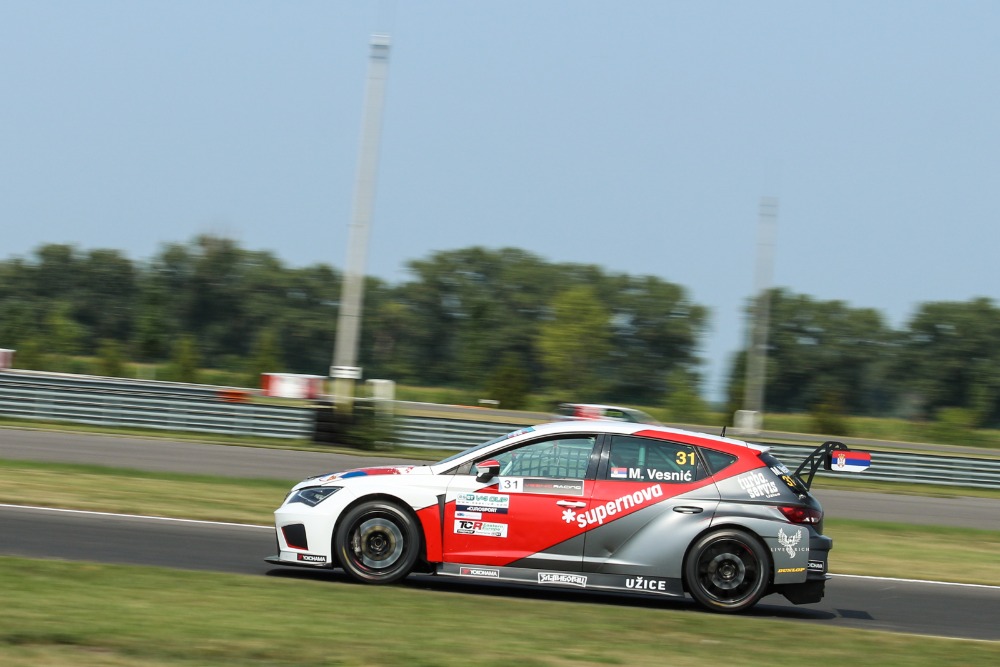 Milovan Vesnič showed a stunning performance to win the opening race of the ESET TCR weekend at Slovakia Ring. He was joined on the podium by Jáchym Galáš in 2nd place with Dušan Kouřil in 3rd position.

The Serbian driver already showed his strength on Friday, when he completely dominated the TCR free practice sessions and qualifying as well at the Slovakia Ring He was constantly one second faster than his competitors and nobody could even touch him in the race too. He went on to take his 4th win of the season.

“It wasn’t easy as we struggled with our front tyres. Slovakia Ring is a very fast track. Let’s wait and see what’s going to happen in the Race 2 tomorrow,” said Vesnič after his win.

Despite a lack of battle for the lead, there was plenty of excitement when it comes to a battle for the podium. It all began at the start, where the fans watched their homeboy Martin Ryba moving from 5th to 2nd position, while Jakub Wyszomirski grabbed the 3rd place.

Petr Čížek and Jáchym Galáše originally qualified 2nd and 3rd for the race, but their first lap of the race was just so far from good. While a FULLINRACE Academy driver dropped to 6th place, Galáš had to settle for 4th after the first few corners.

However, Galáš did not give up and a GT2 Motorsport driver quickly found his speed. Already in Lap 2, he took the podium away from Wyszomirski, and just a lap later he also got ahead of Ryba. After that, he just stayed in 2nd place until the end.

The local homeboy had a rough day though as soon after Galáš’ move, Ryba lost even the 3rd position and then had to retire with a tyre puncture when there were just 8 minutes to go. But that just helped to Dušan Kouřil jr. who managed to take the final podium spot.