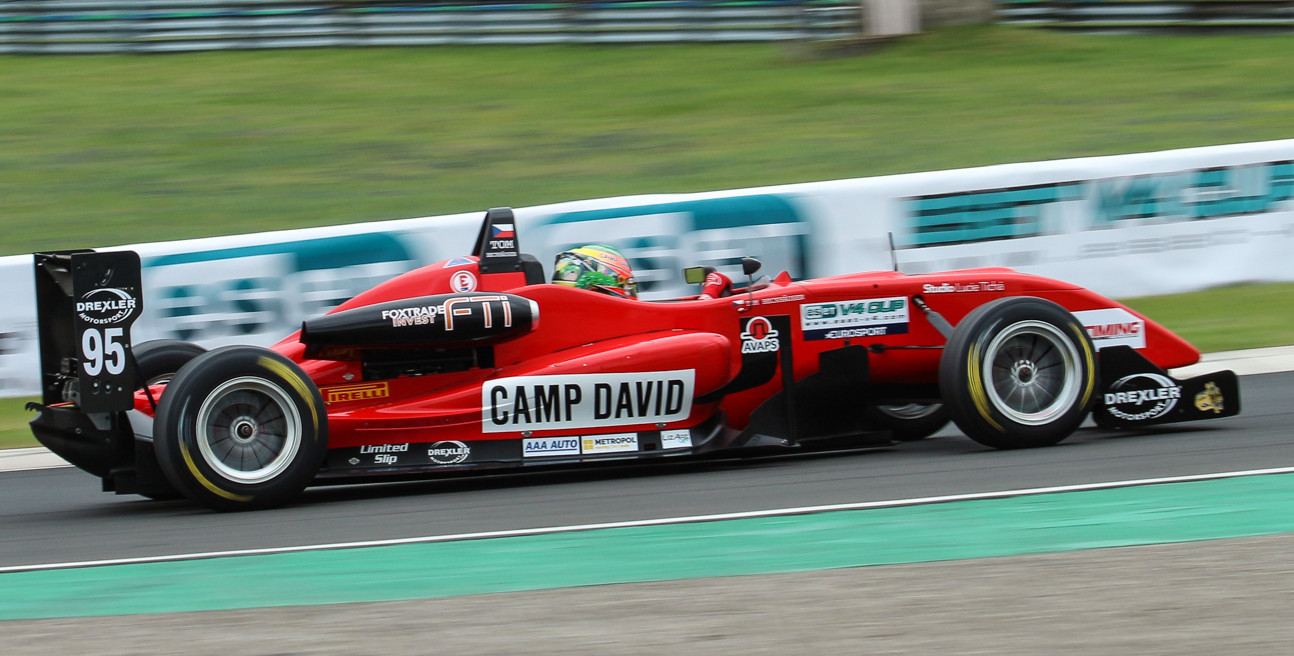 Tom Beckhäuser: My goal is to win

Tom Beckhäuser from Franz Wöss team is a new face in single-seaters racing in ESET V4 Cup series. And he is dominating the F3 category so far. It comes as no surprise that his target has been to win since the very beginning.

“I always aim to win, so yes, I’ve had the biggest ambitions since the beginning of the season. I’m very happy with the season so far and we definitely want to participate in all the remaining ESET V4 Cup races,” said Beckhäuser. He also participated in two Asian F3 events and in the future he would like to start in the Formula Regional European Championship. And his fans can also meet him in the Drexler Formula 3 Cup races.

A racing driver from Prague has a very busy schedule and from time to time he has to find some additional time to learn a new circuit. That was the case especially with the Asian championship, but occasionally it happens in Europe too. By the end of July, he will visit Grobnik, Croatia for the very first time with the ESET V4 Cup series.

“I haven’t been in Grobnik before, but it’s always exciting to try a new track. I like new challenges,” said Beckhäuser. After that, there will be only two more events to go at Slovakia Ring and Hungaroring and while he knows both circuits well, the question is – which one suits him better?

“I really like both tracks. On the other hand, I prefer slower circuits where faster single-seaters do not have any advantage,” said Beckhäuser who has Dallara F308.

In his four races in the ESET V4 Cup so far, Beckhäuser won three of them. Every single Sprint race as ended with him as the winner. The only time he missed the winning trophy was at Red Bull Ring, where he retired.

“I had a good start, but I didn’t take a good line in the first turn and I lost speed. After that, I dropped behind and in the following corner the guy in front of him hit the brakes very early and we crashed.”

Backhäuser is currently leading the F3 category by 8 points ahead of Sandro Zeller. In the Junior category, he is sitting in 4th place.