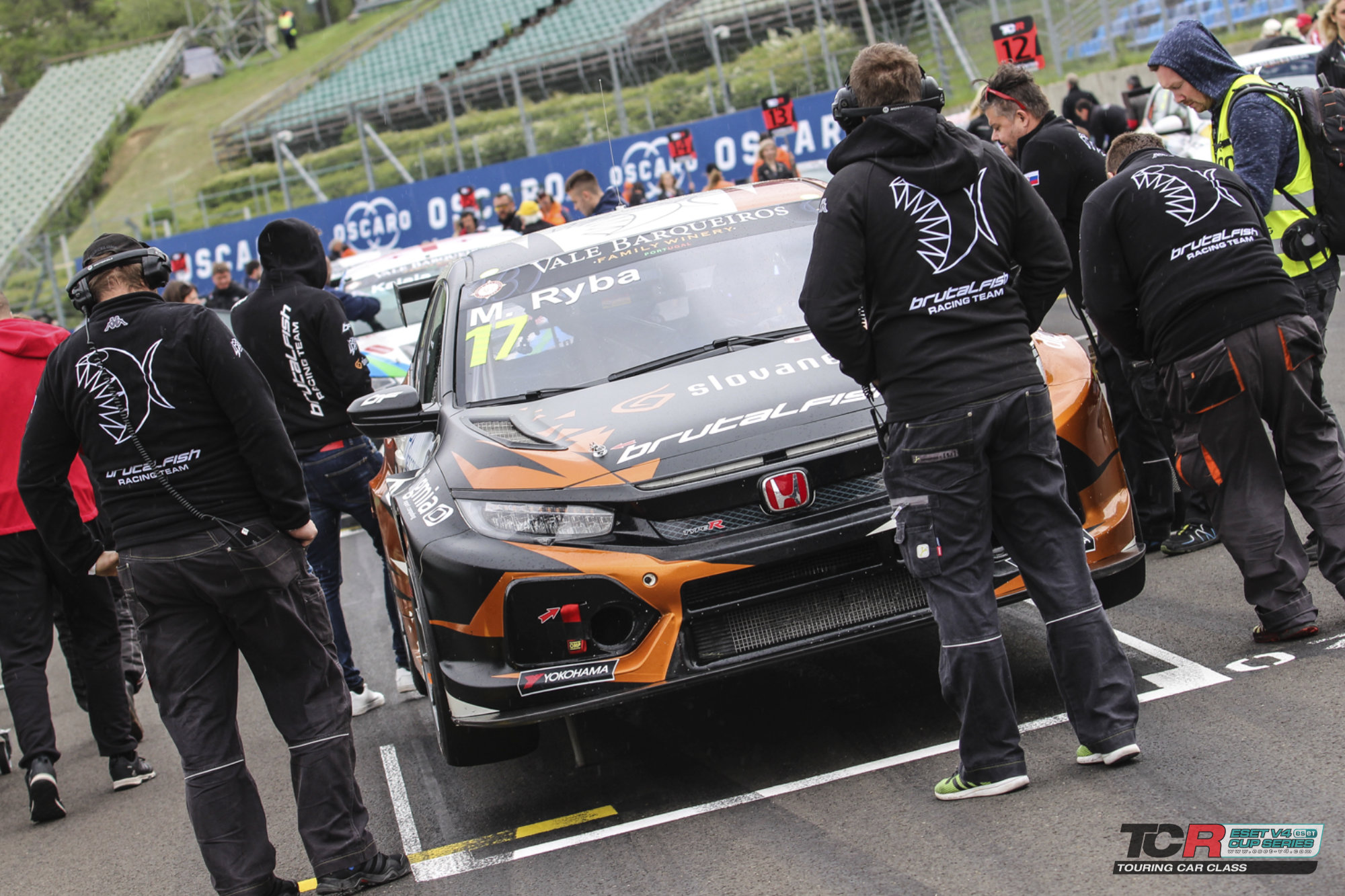 ‚The Slovak Grand Prix has the perfect atmosphere,‘ says the favourite Martin Ryba

The Slovak driver Martin Ryba is focusing mostly on TCR Europe series this year. However, he is not going to miss ESET TCR series either. After the opening round at Hungaroring, where he took one win, he is now preparing for another start with Honda Civic of Brutal Fish Racing.

Your next race is in front of your home crowd at Slovakia Ring. What does that mean to you?

It‘s always amazing to race at home as all my friends and family can come to watch, which is great as the it‘s a season from January to the end of October with lots of traveling. The Slovak Grand Prix is always a great event with a perfect atmosphere, so we’re all looking forward to it.

In the ESET TCR you’ve managed to win at Hungaroring. Now, you know Slovakia Ring very well. So I guess you have the highest ambitions?

It’s our 2nd event in the ESET TCR  EASTERN EUROPE. We carefully followed the races at Red Bull Ring and Grobnik as well and the series is good and very competitive. The ambitions are high, so we definitely want to finish on the podium in both races.

How competitive the ESET TCR series is?

Well, of course except for the experienced guys like Vesnič and Pekař, who have done lots of racing and they’re fast, there are young drivers who are making an incredible progress in each race. And you need to count with them. I’m going there with a big respect, especially since it’s just my third year of racing. Slovakia ring is a very difficult circuit and anybody can win there. It‘s amazing to see everybody improving so much, even in the first year of the series, with 12-14 cars in the track and they all are getting better in every race. I hope, that the ESET TCR series can build on the worldwide success of a TCR category and we can have even more than 20 cars next year.

The cars has the very similar pace thanks to the BoP. What is your trick to beat the others, even the best ones?

There are always big discussions about BoP and a Compensation Weight system, but I think that it works in most cases to make the cars similar. You might have noticed that there were some questions regarding adding the weight and limiting the performance of Hyundai in the TCR EUROPE series. We‘ll have the maximum possible weight so we need to deal with a top speed deficit and also tyre degradation. That’s a huge factor at Slovakia Ring and those 60 kilograms won’t help us. There is not much we can do about it, apart from trying to come up with the best setup, so we can be fast in the qualifying and then hope the tyres can last the race.

The fact that it is your home race, did you think about entering a 2nd car? And perhaps with who?

At the moment, we’re thinking only about one car. We are considering last year’s Golf, but we have not made a decision yet. It’s mostly about money and we have to consider we do not run the whole season. There is never enough money and there are still two more rounds for the TCR EUROPE series at Barcelona and Monza.

The end of the ESET TCR season will be at Brno, do you plan to participate again?

I’m not sure about Brno just yet, because it’s about money and our primary focus is on the TCR EUROPE series.