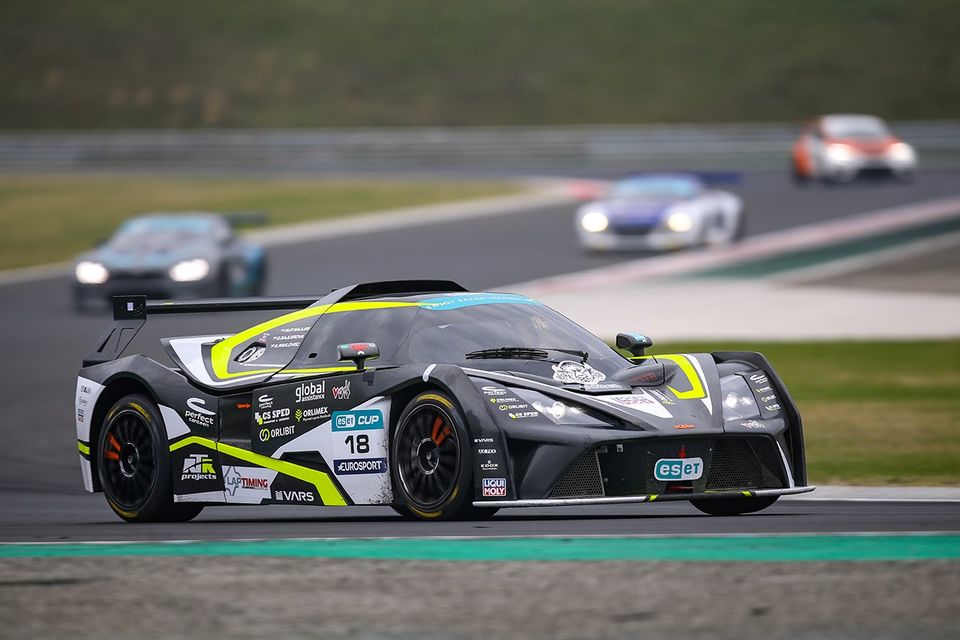 “The best is still ahead of me,” says Pavlovec

What does Sergej Pavlovec say about this unusual season? What is he planning for the next one? You can find answers to all that and even more in our interview.

Sergej, this year you’ve become a Sprint GT4 champion. Also, you took 3rd place in the Endurance series. Are you happy with the way it went?

This whole season was heavily affected by the COVID. All the races were moved around and it’s a miracle that we’ve managed to do everything that was scheduled. Of course, it affected the number of entrants for each race and in the whole season as well. We were definitely expecting a much bigger competition this year.

I’m definitely happy with my overall result in the GT4 class and in the Endurance series as well. In both cases, I had to fight until the final race. The KTM X-BOW GT4 was working perfectly all season long, so a big thanks to the RTR Projects for doing a magnificent job as always.

What was your best moment of the season?

I especially enjoyed the final race in wet conditions in Hungary, where I managed to pass several cars from the GT3 class.

And the worst one?

I can’t think of anything bad. It was always so hard, but also motivating, to fight cars that were from a higher class and they were very often between me and my rivals. For example, in Slovakia, they didn’t allow me to have a fair fight with Ferenc (Ficza). But I take it as an experience that I can utilise in the next races.

This year’s GT4 races were all about the battle between you and Ferenc Ficza. What kind of competitor is he? How would you rate him as a racing driver?

Ferenc is young, but also a very experienced racing driver. He used to race in the SEAT Leon Eurocup, European Touring Car Cup and TCR International Series (he also raced in the WTCC). And because the current BoP is making the GT4 class so equal, our battles were always tight and hard, until the finish line.

The BMW M4 GT4 is faster on the straight, so it often happened that Ferenc overtook me on the start and I had to look for a way to get ahead of him again for the rest of the race. Sometimes it worked out, sometimes it didn’t. Ferenc was a great defender and pretty much didn’t leave me with any opportunity. But in the pits, we always shook our hands, had a friendly chat and spoke about the most exciting moments from the race and what we’re planning for the next one. He’s a very open guy, he’s smiling a lot, I have a great feeling about him.

And that’s why I felt bad about his accident in Hungary. Despite winning the championship title thanks to it, I and Ferenc lost an opportunity to have a great and exciting battle that we were looking forward to.

Your battle was looking better for Ficza, he even was leading the championship heading into the final round of the season at Hungaroring. What was going through your mind at that point?

Of course, I was doing my best to make sure that I crossed the finish line in the 1st place and when I didn’t manage to do so, I was always disappointed for a few minutes. But not any longer. Every time I lose or miss my target, it always makes me think about it, analyse my mistakes and move forward. And I’m grateful for this season, that has helped me to improve as a racing driver and also has improved our team, so we can move even further.

How do you rate your Sprint GT4 championship title in comparison with your other career achievements? Is it the biggest success of your career?

While the championship title is, of course, a great thing, I rate some of my 24-hour races victories a bit more. And also, my titles from the X-Bow-Battle Cup series from 2017 and 2018. Those were the most important moments in my racing career, and I hope the best is still ahead of me.

What are your plans for the 2021 season? Do you expect to continue with the RTR Projects team in the ESET Cup? Or is there a possibility that you might return to the GT3 car, like in the endurance race in the opening round of the 2020 season at Grobnik, where you raced with Libor Milota?

We’re still looking into our options for 2021. The RTR Projects team will be one of the first ones to get the new and long-expected KTM X-BOW GTX, which should be on the GT3 level. I and many others from our team are really looking forward to this car and I’d like to try it in any series that would offer a competitive grid. But there are also ADAC GT4 series or even GT Open with Libor Milota and his Mercedes-AMG GT3.