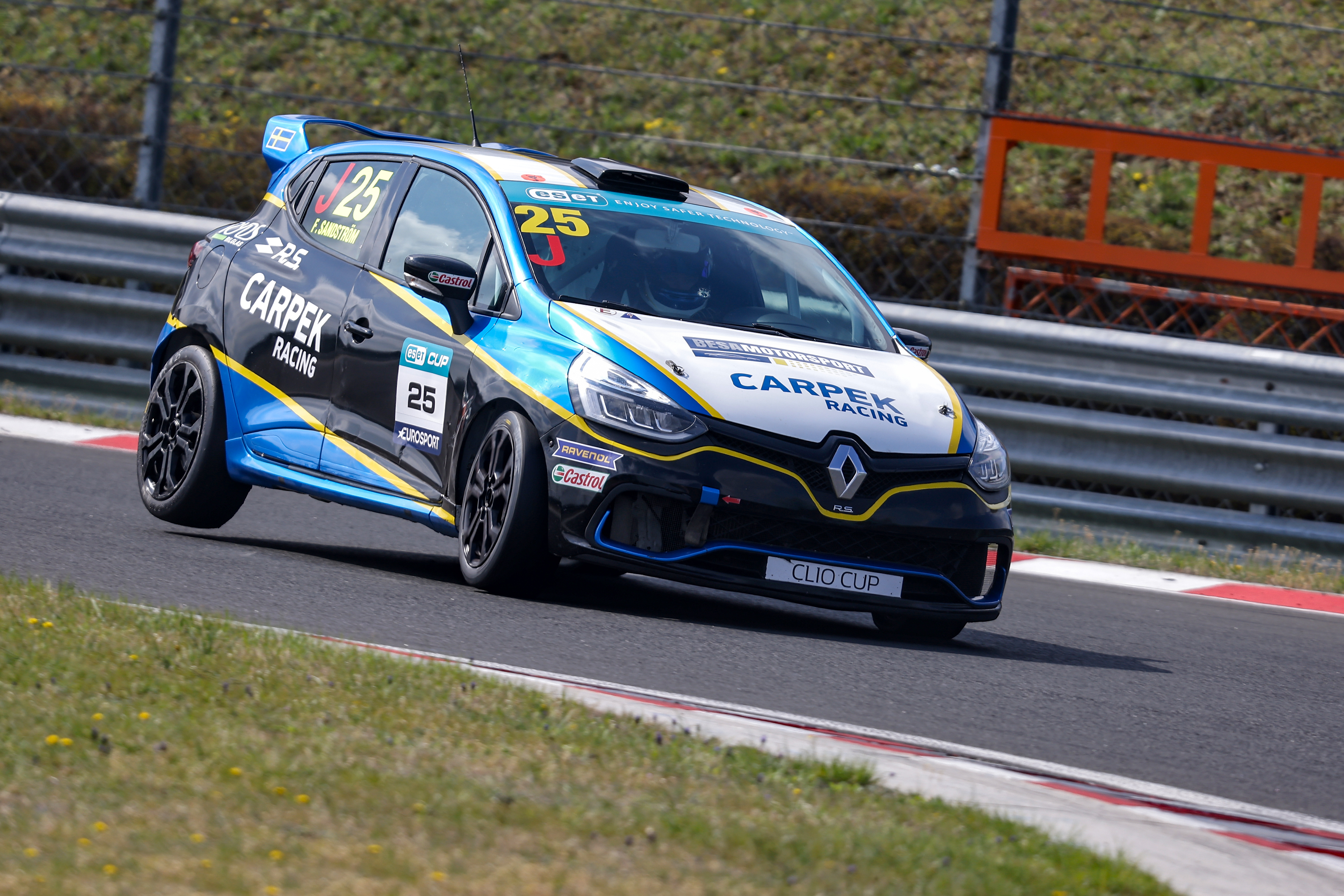 Filip Sandström continued his domination of the Clio Cup Bohemia and he won also the second race at Slovakiaring. The Swedish driver was joined on the podium by Balint Hatvani and Erik Bertilsson.

The top six drivers from the previous race started in reverse order, so the race winner Sandström had to start from 6th place. However, he quickly made his way through the field and the Carpek Service driver remains unbeaten this season.

Balint Hatvani, who challenged Sandström in the first race, finished in 2nd position. But he had to defend from Erik Bertilsson, but the Swedish driver had to settle for 3rd place.

Richard Meixner, who started from pole position, crossed the finish line in 4th place. Yasmeen Koloc from Buggyra Zero Mileage Racing also took points, as she managed to get ahead of Igor Tomljanovič and finished in 5th place.

Then it was Ivan Gustin in 7th, ahead of Yuuso Pantilla and Sandi Jeram in 9th position. Gustin and Panttila were classified despite retiring before the end of the race, and Jeram also had a difficult race as he had to pit to repair the damage.

Levente Losonczy had a very unlucky race. He had an accident with Erik Bertilsson in a battle for 3rd place right in the opening lap of the race, after which he had to retire, bringing out a Safety Car. Mark Mramor, from the ESET Race Star project, also did not finish the race. It started well for the Slovenian as he made his way from 7th to 4th place, but he later struggled with damage and eventually had to retire.