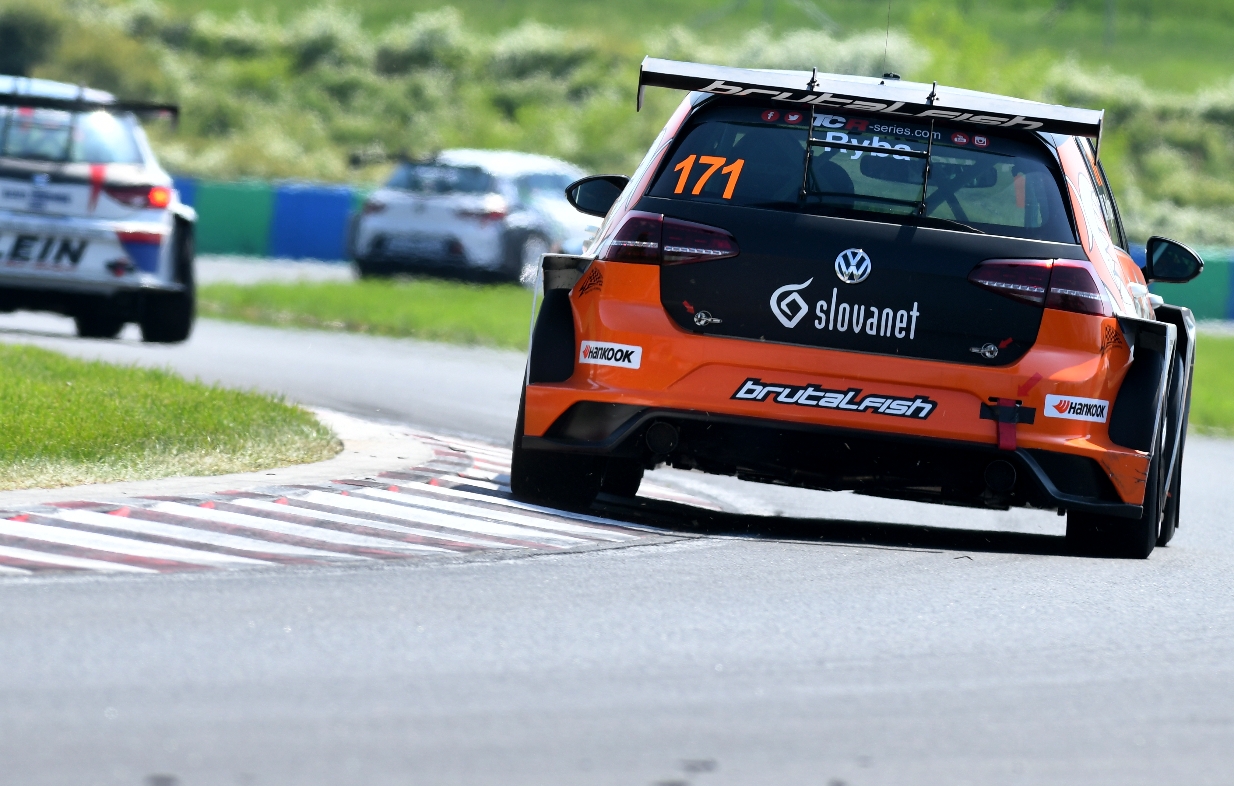 The opening ESET MMSR edition at Hungaroring was held in the context of the second racing weekend of FIA WTCR and TCR specification vehicles attracted enormous attention in Hungary. The starting grid welcomed eleven cars of TCR specification, which subsequently performed thrilling and attractive duels in the course of the race.

The field was indeed international as the passenger car pilots came from the Czech Republic, Slovakia, Poland, Serbia, Macedonia and of course also from Hungary, the host country of the event. The domestic pilot Bálint Hatvani in his Alfa Romeo Giulietta in the colours of the Unicorse Racing team became the winner of the first thirteen-lap race. The Hungarian performed a nice and tight duel with the Serbian matador Milovan Vesnic driving a Seat Leon (ASK Vesnic) and mere less than three seconds separated this pair of duellers in the finish. The third rank points were scored by the junior pilot of the Křenek Motorsport team Václav Nimč Jr., this season driving an Audi RS3 LMS.

Duels of TCR cars then continued by the Sunday sprint, this time with the highest trophy belonging to Milovan Vesnic, who thus improved his Saturday result by one rank. The second rank, with a six-second loss, was occupied by another domestic pilot, Márk Jedlóczky in his Seat Leon (JLG Sport Nonprofit) and the trio of the podium rank holders was complemented by the winner of the Saturday race Bálint Hatvani in Alfa Romeo.

The endurance race was another opportunity to test qualities of world-class technology finding its way to the international championship series. TCR cars started for their endurance race on Saturday late afternoon and the winner was the Slovak pilot Jakub Ryba in a Volkswagen Golf of the Brutal Fish Racing team. Second rank points were scored by the Hungarian crew consisting of Csaba Tóth and L.G. Kismarty (Seat Leon/Zengo Motorsport) and the bronze medal was enjoyed by the Serbians Mladen Lalusic and Nicola Milkovic (Seat Leon/Lein Racing).

TCR pilots viewed the Hungarian racing weekend positively and the numerous starting field can start preparations for the next stage, held in three weeks on another Formula 1 championship circuit – the Austrian Red Bull Ring.

Ranking after the two races: