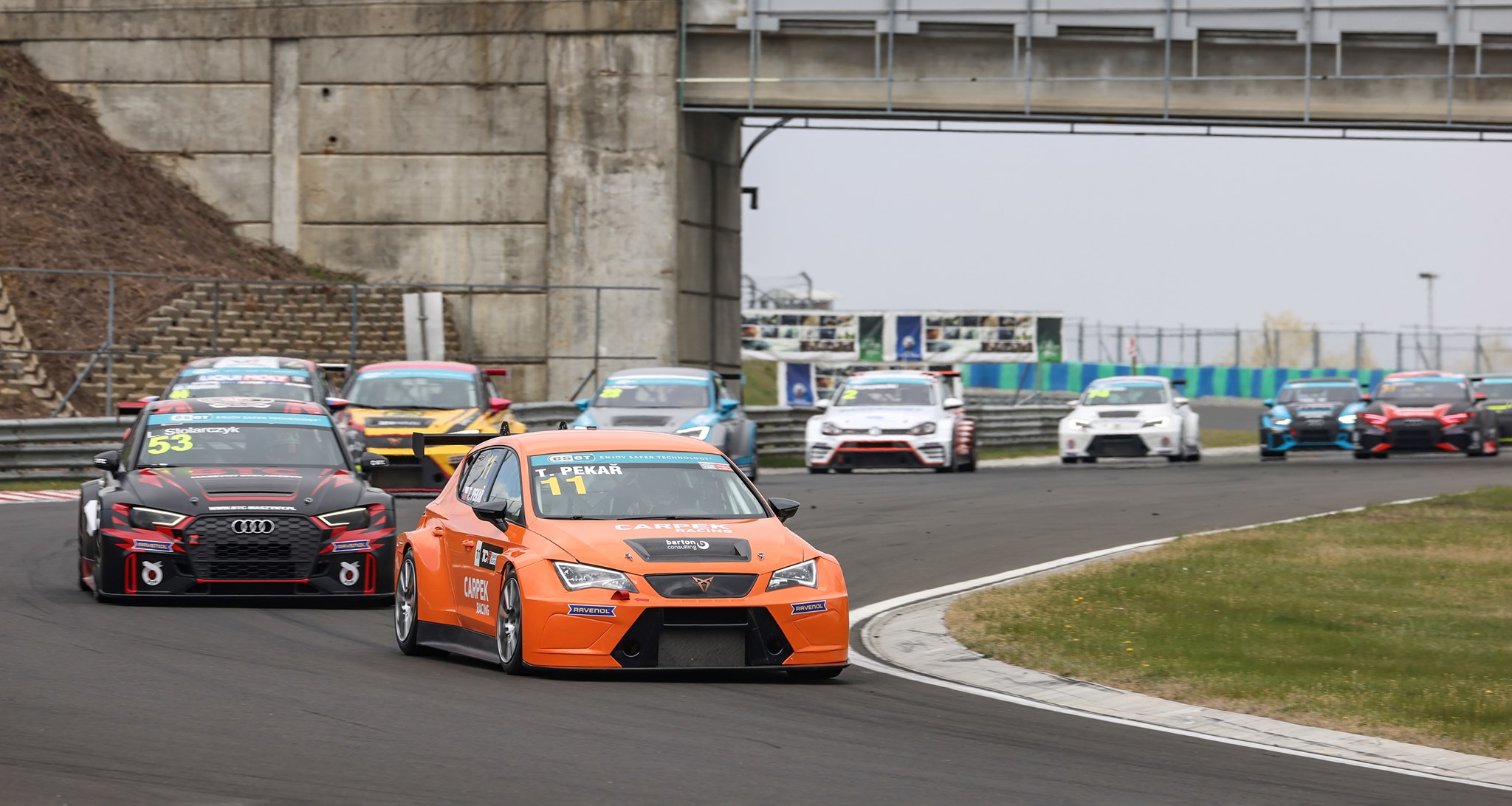 Tomáš Pekař had the best possible start of the new TCR Eastern Europe season. The Czech driver won both races at Hungaroring. While he was able to utilise pole position in the first race, in the second race he started from only 9th place.

Hungaroring also marked the beginning of the season for the TCR Eastern Europe series. However, both races produced only a single winner – Tomáš Pekař. The Czech driver has moved into the category after clinching the championship in the Clio Cup series with 7 wins out of 8 races. But he is not a rookie in the TCR Eastern Europe series, as he took part in the 2019 event at Red Bull Ring before. He drove a Renault Mégane R.S TCR of the Vuković Motorsport team and immediately left victorious. This time, he is racing with his own team Carpek Service with a Cupra Leon TCR.

Already the qualifying started well for Pekař, as he managed to beat Milovan Vesnič for pole position, even though it was only by 0.014s. In the first race, Pekař got under pressure only once at the very beginning, when he had to defend from Milovan Vesnić, Michal Makeš and Lukasz Stolarczyk. However, as Vesnić and Makeš had an accident and Stolarczyk went wide in the first corners, Pekař stayed in the lead and built a gap.

Despite the collision at the start of the race, Makeš and Vesnić still managed to finish on the podium. Makeš took 2nd place and also a victory in the Junior category. Vesnić was classified in 3rd position. Stolarczyk, who was even 2nd at the beginning of the race, had to settle for only 5th place in the end, as he was beaten by Giacomo Ghermandi. The Italian driver can consider his TCR Eastern Europe debut as successful. 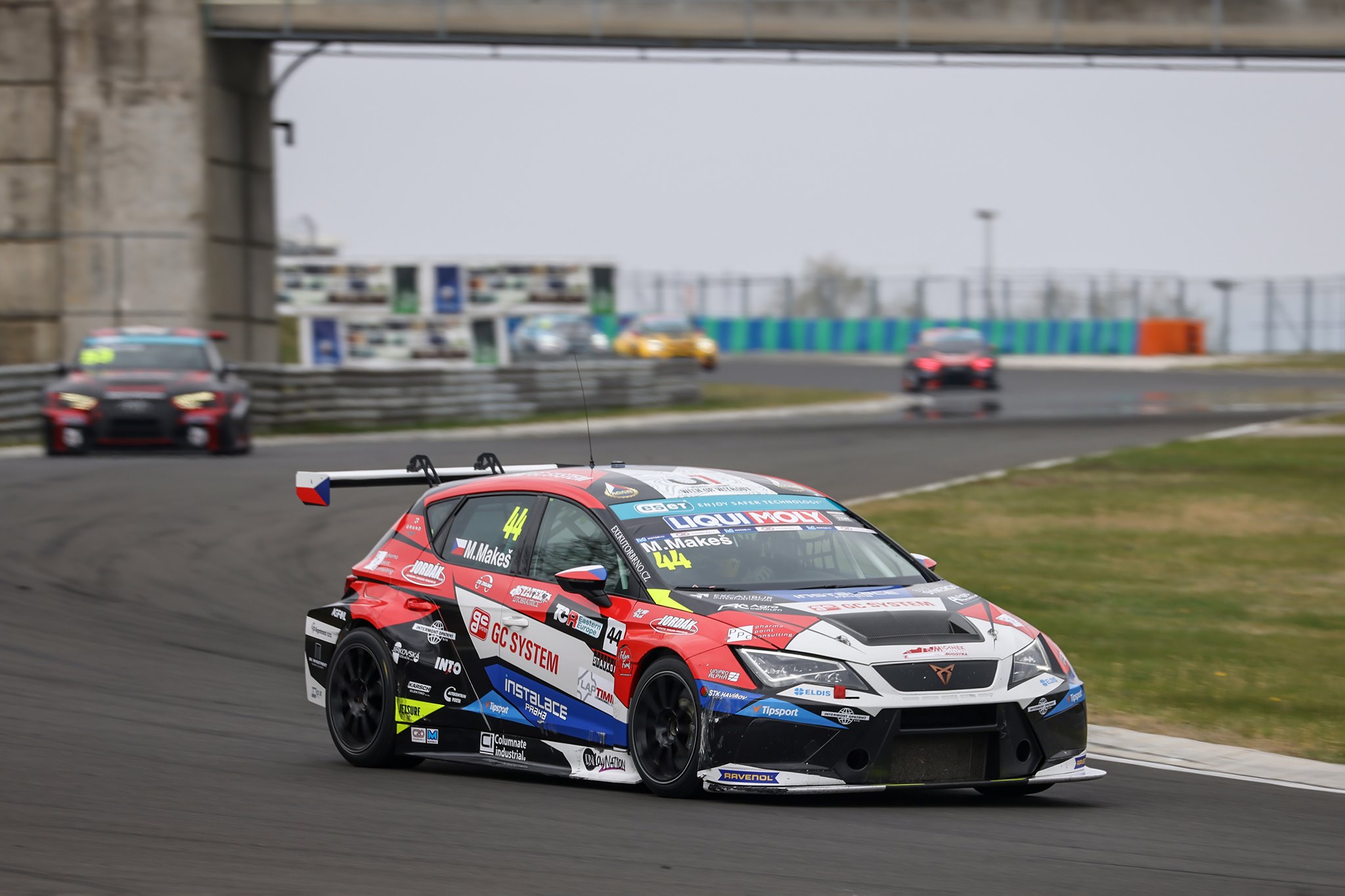 Michal Makeš was the best junior at Hungaroring.

The second race saw a reverse grid for the best nine drivers from the first race. That put Pekař to 9th place on the grid. Yet, he was able to quickly gain position and eventually win the race. It took him only three laps before he got into the lead. He crossed the finish line nine seconds ahead of his competition.

Lukasz Stolarczyk finished in 2nd place, taking his first podium. Michal Makeš took 3rd position and leaves Hungaroring with two trophies. Carol Wittke finished 9th in the first race, which put him in pole position for the second race. But he was classified in only 7th place in the end. 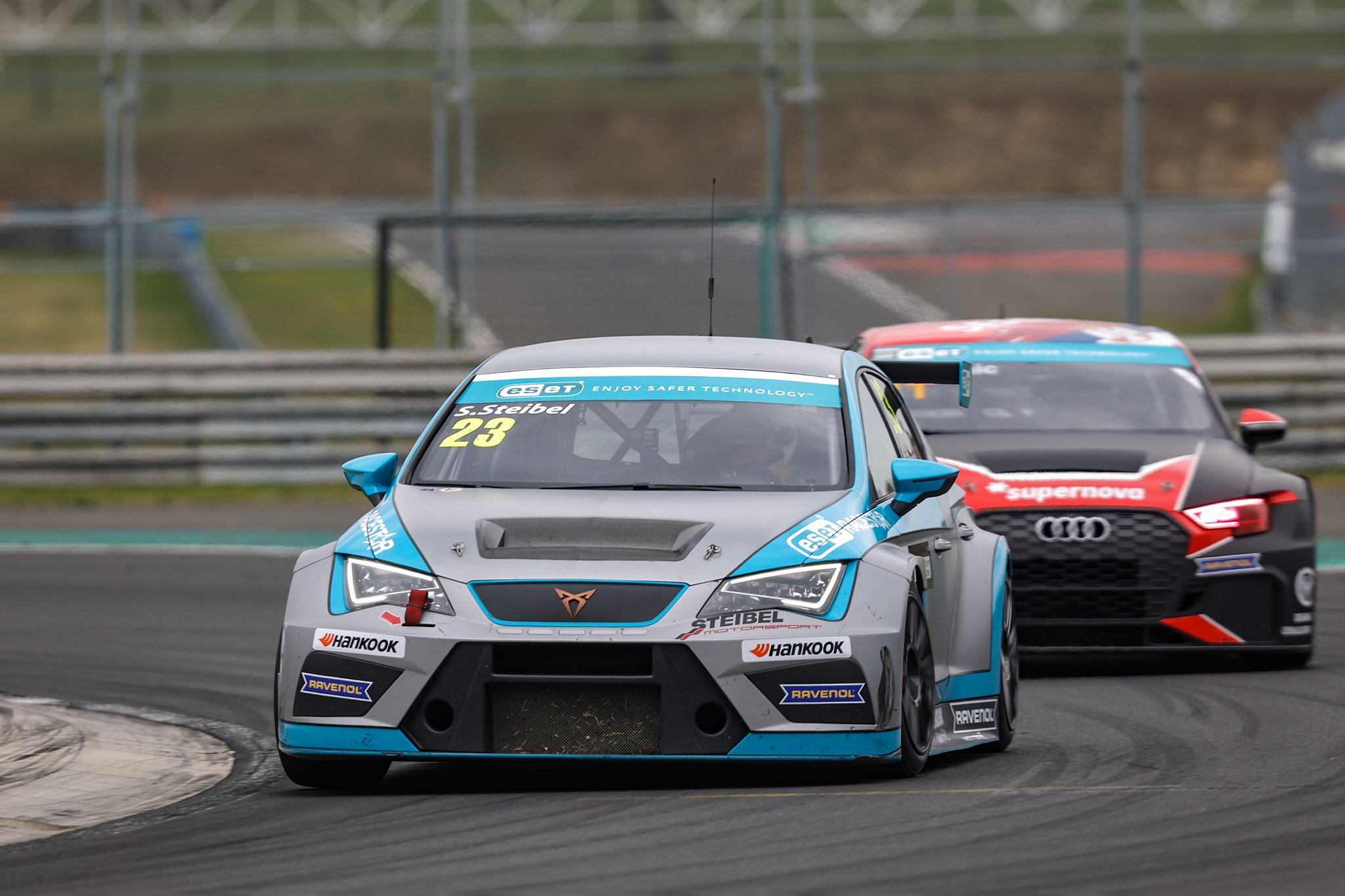 There were also two other drivers, who are members of the new project ESET Race Star, which is aimed at helping talented drivers – Petr Fulín jr. and Sebastian Steibel. Both managed to finish in points in both races. While Steibel finished in 7th and 5th places, Fulín jr. crossed the finish line in 8th and 10th positions.

It is also worth mentioning a rookie Tomasz Rzepecki. The Polish driver had decent races as he took 6th place finish in the first race, followed by 8th position in the second race.