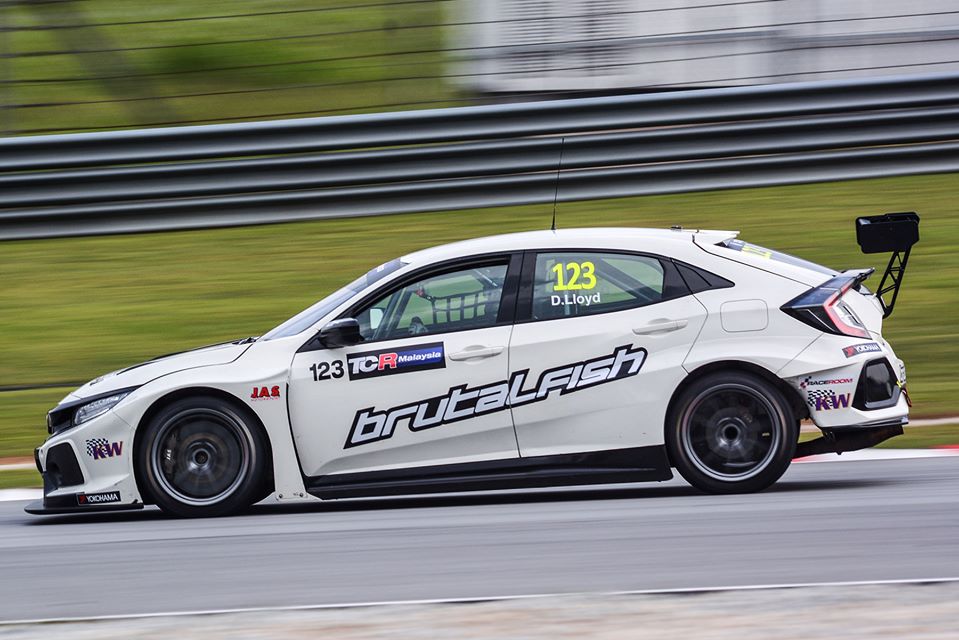 Opening round of TCR Malaysia with names from ESET V4 Cup

Sepang hosts the opening round of the second-ever TCR Malaysia season this weekend. And the three-part winter series will also welcome representatives from the ESET V4 Cup.

The Brutal Fish team is heading to Southeast Asia once again, just like last year. The Slovak team raced in the opening round of the 2019 ESET V4 Cup season at Hungaroring and then at Slovakia Ring in August, both times in the TCR category. The team even achieved success, as the team boss Martin Ryba took a win in Saturday’s race at the Hungarian circuit.

But the 42-year-old will not be returning behind the wheel of Honda Civic FK7 at Sepang. Instead, a British driver Daniel Lloyd is going to get a chance. He has been driving for them since the 2nd round of the TCR Europe series. And he is not bad – he finished four times on the podium, including two victories and claimed the 10th place in the overall standings. And he also finished 2nd in the TCR China championship, though that was with Dongfeng Honda MacPro Racing Team.

However, the ESET V4 Cup will have one other representative in the series this weekend. The TCR cars are also a big draw for Nico Gruber, who finished 2nd in last year’s Formula Renault 2.0 category. The Austrian driver is going to race with Hyundai i30 N car, with the reigning team champion Engstler. He will join Declan Fraser and last year’s champion Luca Englster.

The Friday programme showed that the ESET V4 Cup representatives are not without chances. While Lloyd was 5th and 2nd in the first two practice sessions, Gruber set the 3rd and later 5th fastest times. On Saturday, the programme starts with qualifying (1:55 CET), followed by two races (5:50 CET, 8:40 CET).