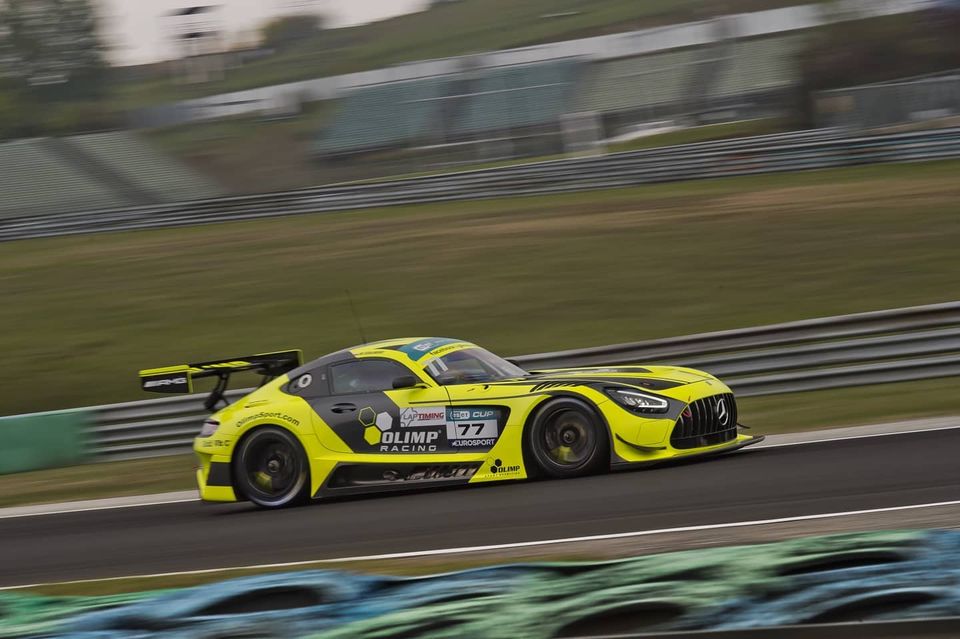 Not even water could stop Jedlinski

It could not have been a better comeback for Marcin Jedlinski. First, he won the GT Sprint and GT Endurance race on Saturday, and then he enjoyed the glory in Sunday’s sprint race as well. Even though drivers had to tackle wet track conditions.

The Pole started from pole position, but he did not have a reason to be too nervous about the start, as the first few laps were run under the Safety Car. However, he also managed to stay in the lead after the Safety Car went in.

Yesterday, Aliyyah Koloc had her GT3 debut in the Endurance race and the 16-year-old Czech youngster immediately enjoyed success as she finished together with Adam Lacko in 2nd place. And she did well in Sunday’s Sprint race as well. The Buggyra Zero Mileage Racing driver was classified in 2nd place.

Koloc started 3rd and she managed to grab 2nd place soon after the restart from Stanislaw Jedlinski. After that, she managed her pace well and nobody could even threaten her. The older Jedlinski, the race winner’s father, had to settle for only 3rd place in the end.

Before today’s race, there were only two drivers still in the running for the GT3 Sprint championship title – Gregor Zsigo and Petr Kačírek. While Kačírek had a better race, as he finished 4th ahead of Zsigo in 5th, it was the other driver who can celebrate the championship title victory.

In the GTC category, it was Kálmán Bódis who crossed the finish line in the 1st place, while in the GT4 category Sergej Pavlovec took the victory for RTR Projects team, confirming his championship title. But Bódis and Pavlovec impressed not just by winning, but also by their skills in wet conditions. Also, both drivers finished ahead of Kačírek and Zsigo, who both ran in stronger GT3 cars.