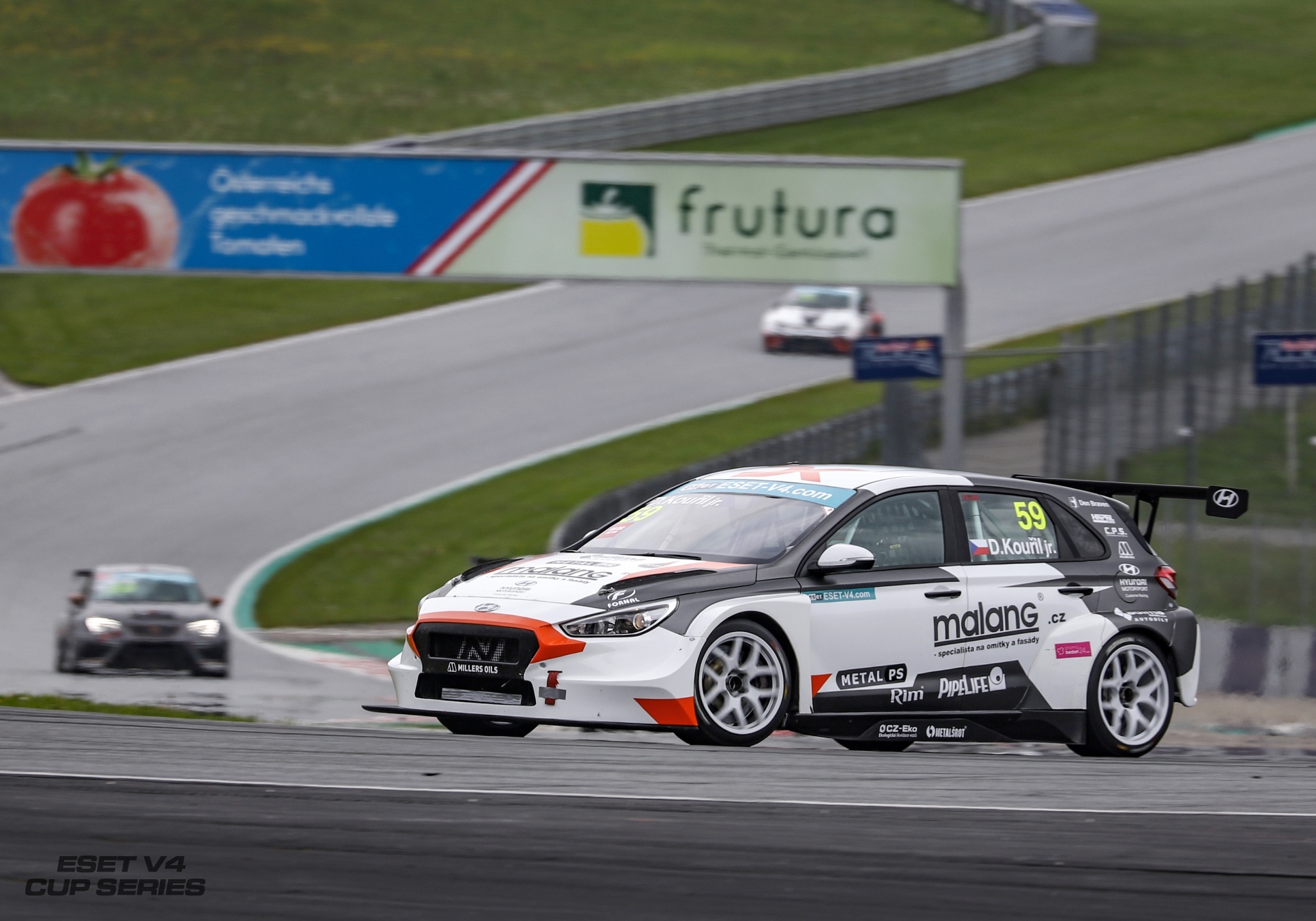 Nervousness, but a great result – Dušan Kouřil jr. on his TCR debut

It has been a month since a young racing driver Dušan Kouřil jr. had his debut behind the wheel of Hyundai i30 N TCR. While the pressure got to him in the first race, he was soon able to show his speed and fought for the win in race two.

You joined the ESET TCR series in Round 2 at Red Bull Ring and you immediately took your place amongst the favourites. Did you expect anything like that?
Absolutely not! I thought we will be with the faster drivers, but somewhere at the end, because we do not know how to set up the car and stuff like that. We went to Red Bull Ring to learn.

You were fighting for the podium in the first race, but then you then the disqualification happened. What exactly happened at the start?
Yeah, unfortunately, I missed my starting position by 15 to 20 centimetres and the start itself went under investigation. Then I got a drive-through penalty, which I didn’t react to fast enough and so I was disqualified.

Then in race two, there were some tricky conditions, first with a wet track, followed by changeable conditions. It did not look like you were to hold behind though?
I was so nervous at the start. I didn’t race in wet conditions in two years, but then I started to enjoy it more and more. I’ve got to say, it was fun, but then as the track was drying, our car had too soft setup and I was losing grip in the corners. But that’s motorsport.

There was also this beautiful battle with Jáchym Galáš in Volkswagen and Tomáš Pekař with Renault. You drive a Hyundai. What do you think about the BoP and the way it works?
You can definitely feel it. The car is like a boat in corners and we have less grip than the others. It’s also apparent in braking, where 60 kilograms make a difference. I understand that FIA wants to improve racing, but I’m not sure whether this is the right way.

How would you rate your Red Bull Ring debut now? And your 2nd place finish from the second race?
Definitely in a positive way. Nobody from our team expected a result like that. But as for myself, I was definitely ready to fight for the win right away.

What are your plans for the rest of the season? Are you going to race in all ESET TCR events? And what are your goal now, considering your results?
I want to improve and be better and better. Especially looking at qualifying, there are areas to improve. On the other hand, even without a setup, we were able to fight which is positive. And regarding the season, we want to race in Monza in TCR Europe. My goals are high, but I won’t tell you just yet. They are top secret, but you will know soon enough!