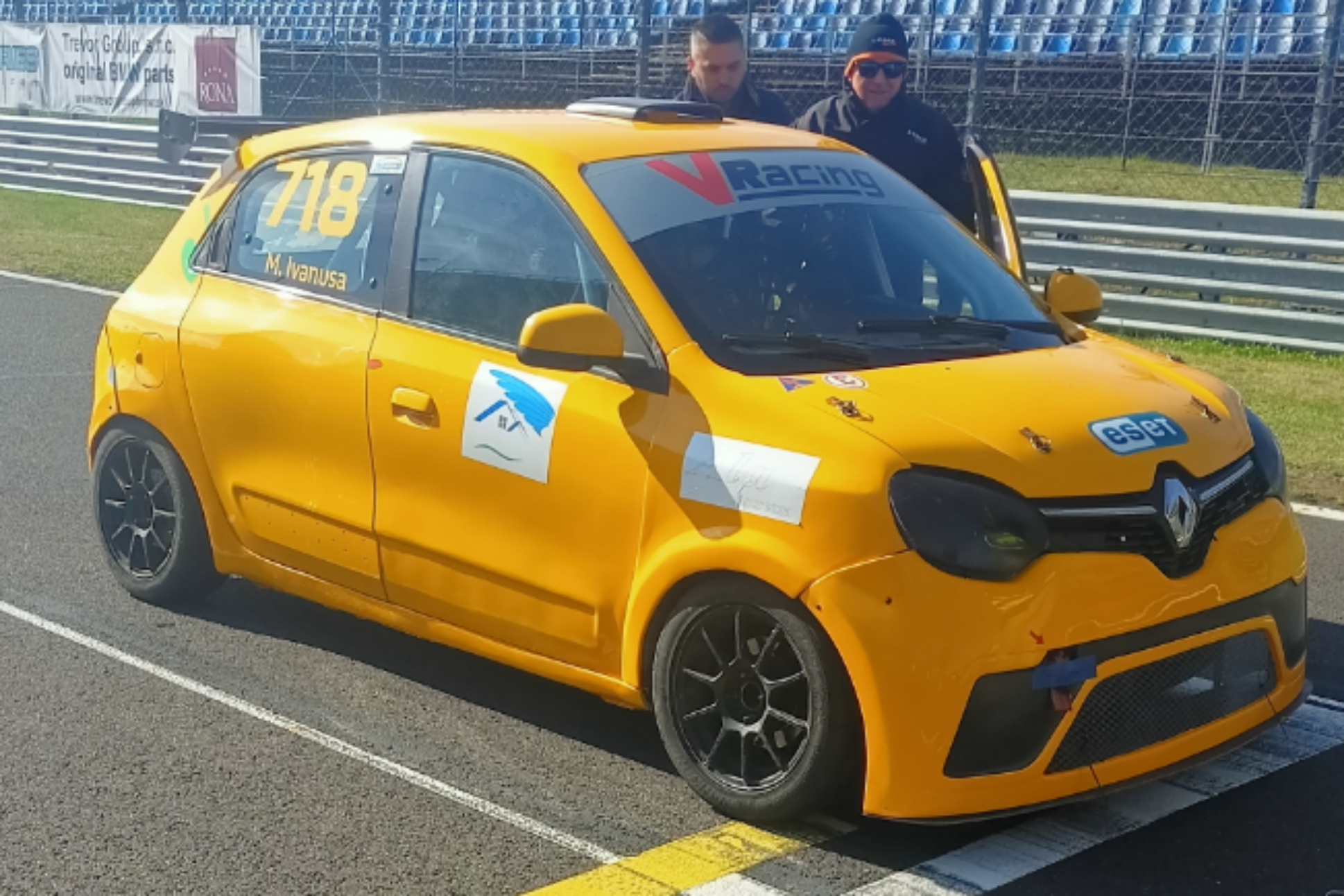 The Twingo Cup played the role of the opening race of Sunday’s program at the Hungaroring. The starting grid was filled up to the exit of the last turn. A total of thirty-three cars entered the race and Matej Ivanuša became the winner.

As finish of the race was approaching, we could see increase of fierce battles. Unfortunately, Milan Vuković retired the damaged car in the half way of the race.

At the end of the race, a quartet led by Matej Ivanuša, Nik Štefančič, Luka Grm and Miha Fabijan was formed from the original leading eight.

The key moment happened in the last lap, when backmarker chose the most inopportune moment to let the leaders go through. The leader Nik Štefančič crashed into a slow-moving driver and fell to fourth place, while Matej Ivanuša was back in the lead.