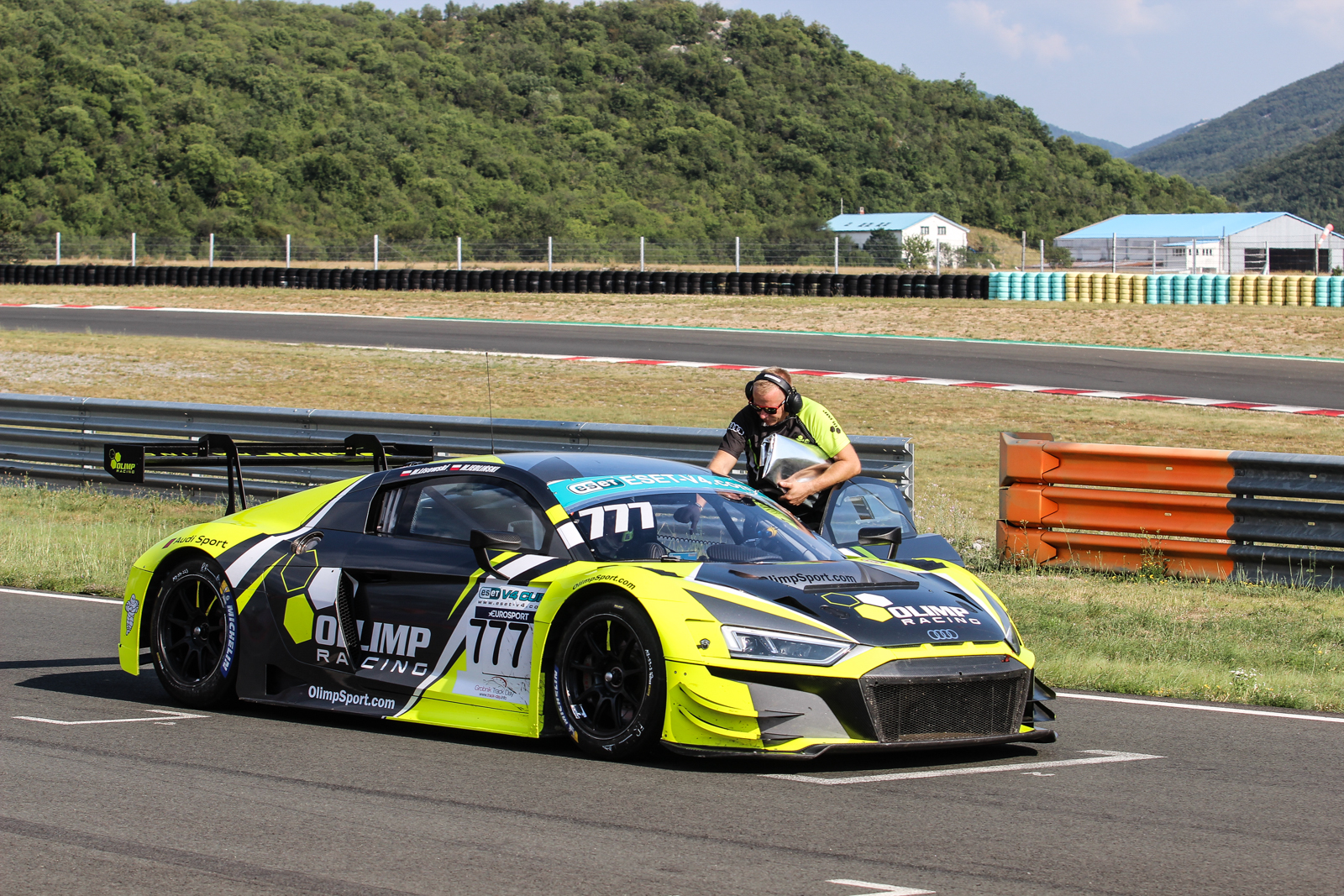 The start of the big GT sport cars on the narrow and zig-zag track was free of serious incidents and Marcin Jedlinski, starting from the pole-position, defended the first rank before Richard Chlad. Thus the first two ranks were occupied by cars with four rings on the front grille, the newer version of Audi R8 GT3 followed by its older variant.

The third rank in the thirty-two degree Centigrade heat was held by this year´s newcomer Libor Milota in Mercedes AMG GT3 of GT2 Motorsport team, race by race reinforcing his position among the hot favourites for the bronze rank. Although he could not cope with the tempo of the leading two ranks, he steadily built his advantage over his nearest chaser Stanislaw Jedlinski, also piloting a Mercedes.

In the TC-3500 class the pole-position in the starting grid belonged to Nikola Miljkovich in Seat Leon Cupra. Like Jedlinski, this Serbian pilot held the lead from the start to the finish. His nearest rival Federicco Borrett in BMW M3 stuck to the second rank for most of the race but then dropped to the third rank and the silver rank was finally taken over by Gábor Kismarty-Lechner in Seat Cupra of Zengo Motorsport team.