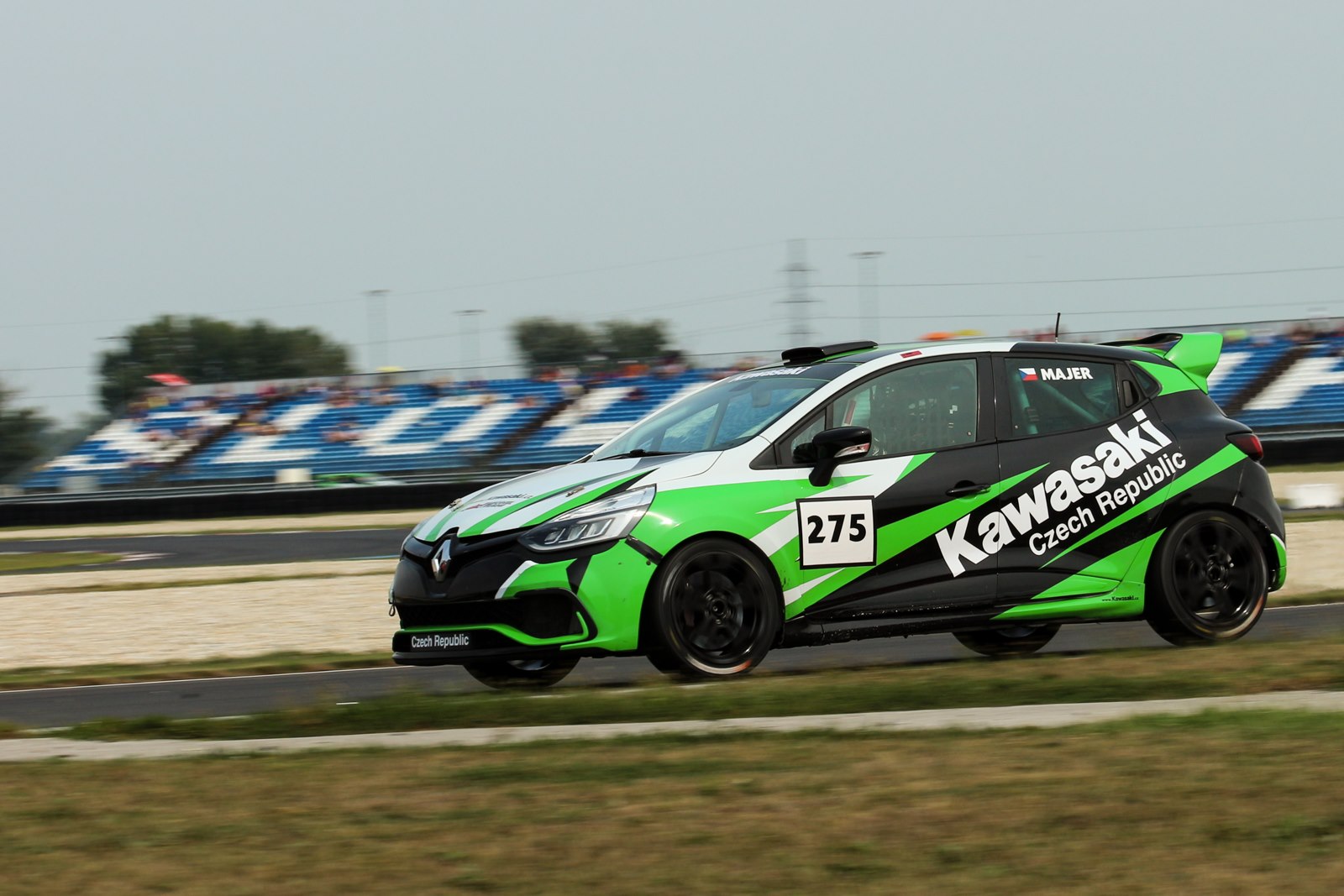 Majer beats Makeš and returns to the championship lead

Petr Majer took his 2nd win of the season in the Sunday’s Renault Clio Cup race in Brno. This victory puts him back into the championship lead, as his rival Michal Makeš finished only in 2nd place. Mlha Primožič finished in 3rd position and completed the podium.

On Saturday, Michal Makeš managed to get redemption after a bad weekend at Slovakia Ring by winning the first race of the weekend at Brno and retaking the championship lead.

However, the Mičánek Motorsport driver had to face another less on Sunday as he lost for the 3rd time this season. While he still dominated in morning’s qualifying session, the pole position was not enough for afternoon’s race, where Petr Majer proved as a worthy opponent. Both drivers had a very tight battle, but it was Majer who won it and took his 2nd win of the season and also took the championship lead again. Still, Makeš was very happy with his result.

„Today‘s race was amazing. We fought very hard with Petr, but fair. Despite I’ve finished in only 2nd place, it was one of the highlights of the season. It’s just a shame my tyres were gone a bit earlier than for Petr, otherwise, we would have continued in that battle,” said Makeš.

While the Czech drivers were joined on the podium by Thomas Fischer yesterday, the Austrian driver had to settle for 4th place in this race. Today, it was Mlha Primožič, who finished 3rd and got to celebrate on the podium.