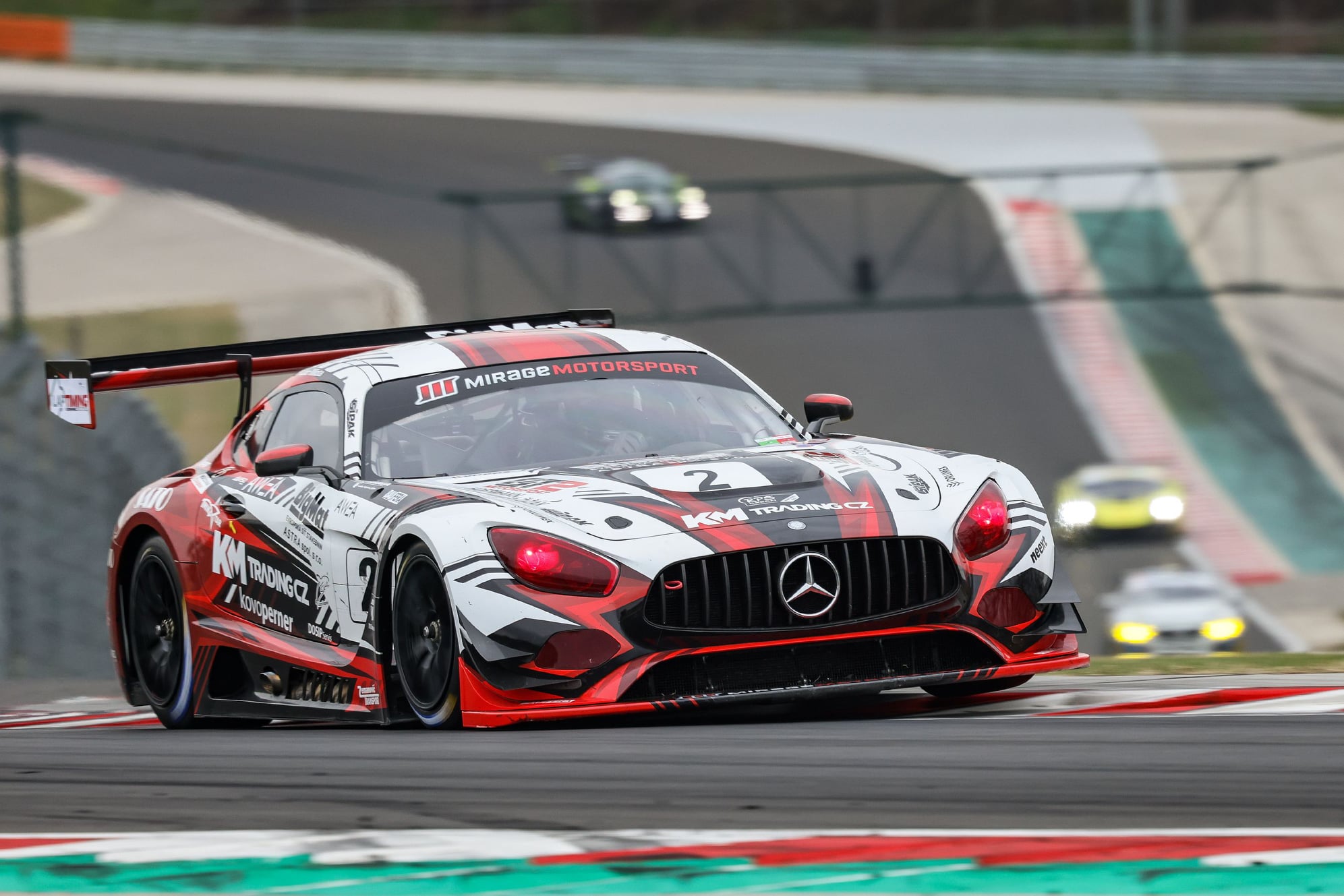 The GT2 Motorsport team had a weekend full of victories at the opening round of the ESET Cup. The results could probably have been even better without an accident, but it is clear that GT2 Motorsport will be one of the favourites again in the second event at the Red Bull Ring.

The Czech team was represented at the Hungaroring by Libor Milota with a Mercedes AMG in the GT3 category and Dennis Waszek with the Lamborghini Supertrofeo in the GTC category. They started the races together, but each represented a different category.

Libor Milota entered the weekend as fastest driver in rainy qualifying – he was even faster than the prototypes cars. The race took place on a dry track, so Miro Konopka moved to the front with the LMP2 prototype, however Milota defended the first position in the GT3 category. It’s a pity the drivers didn’t race as much as they would wish for. At the end of the second lap, there was a big accident by Martin Koch and a safety car had to lead the starting field for most of the 25-minute sprint.

After Saturday’s sprint, Milota was waiting for endurance race. He qualified third, unfortunately he did not even start the race. He lost control of the Mercedes on cold tires in out lap and crashed into the barriers. A damaged splitter and a punctured tire made an early end to a well-run weekend, and Milota didn’t make it to the endurance race and Sunday’s sprint.

Dennis Waszek entered both sprints and each time won GTC trophy, he also finished third overall in both occasions. According to his own words, he enjoyed the races, especially the first one, because he started from the back and moving forward is what he always enjoys.

Waszek also started in endurance with BMW M4 GT3 shared with Gregor Zsigo in the Racing Trevor team. The team received new BMW M4 only a few weeks ago and Hungaroring was the first tough test for Bavarian technology. Problems in endurance race eventually caused Zsigo to be in the pits several times and the pair fell in the order. However, it was enough for the second place in the GT3 category.