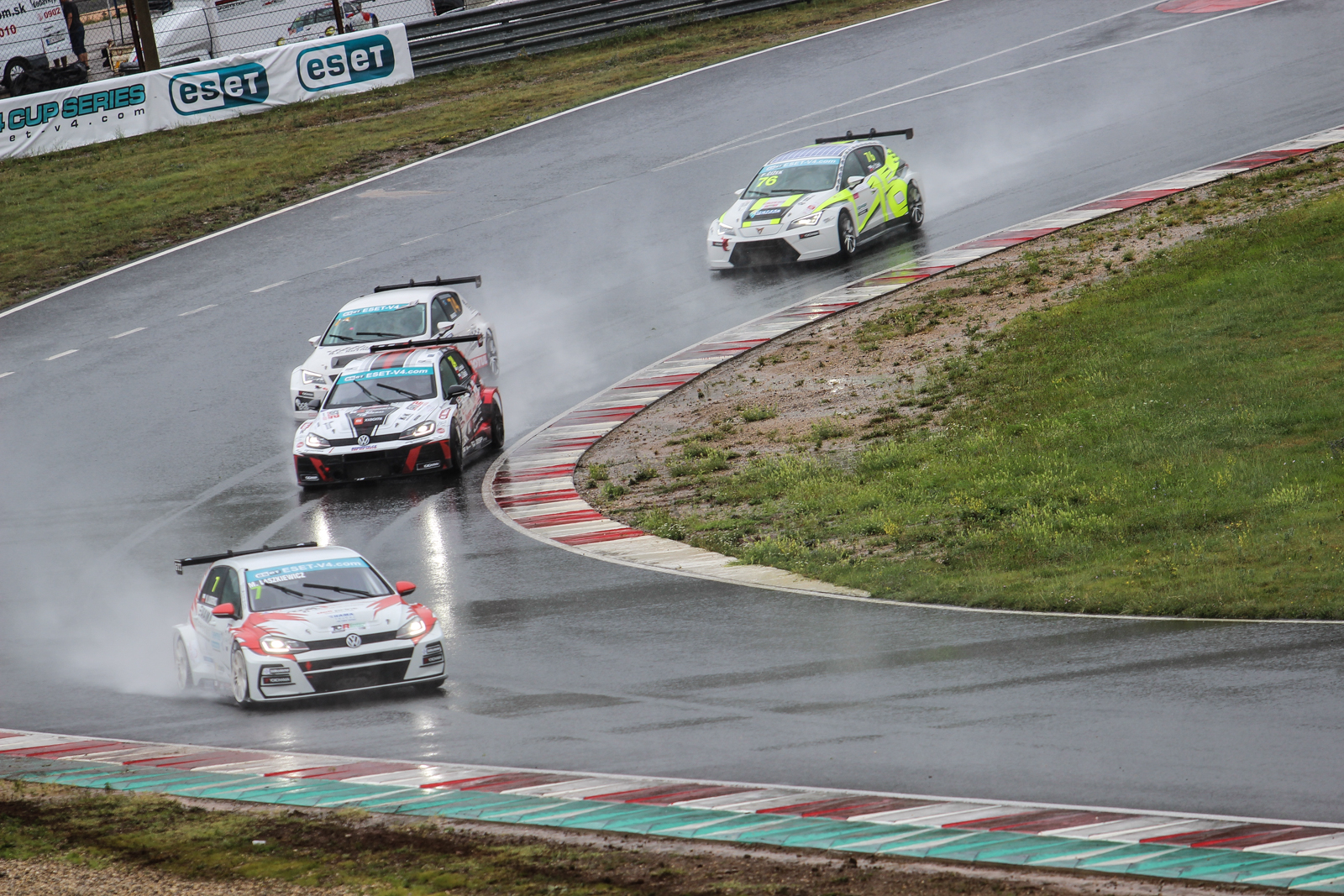 ESET TCR: Thrilling Spectacle in the Rain and Victories for Galáš and Vesnic

Partial preparation for racing on a flooded circuit was represented by one of the sprint races at the Red Bull Ring, but what the TCR pilots experienced in the otherwise sunlit Croatia was kind of extreme. The busy programme of the racing weekend had to schedule both ESET TCR races for Sunday and so the pilots had rainy weather for the first as well as the second race.

The first race was controlled by Jáchym Galáš who thus achieved his first and so much desired victory in ESET TCR with his Volkswagen Golf for his GT2 Motorsport team. His performance was absolutely faultless, including start from the pole-position, the quickest lap time and the receipt of the cup for the winner. The start was decisive in this race. In a short time Galáš built a safe advantage over his rivals, did not have to watch for them in his rear-view mirrors and could fully concentrate on the driving.

The race promised a duel for the second rank between Milovan Vesnic in Seat Cupra and Dušan Kouřil in Hyundai i30. All chances of Vesnic for a podium rank were lost due to a tyre defect which made the interim championship leader give up the race. The piece of rubber left by him on the road was later hit by his team mate of ASK Vesnic, the Polish pilot Jakub Wyszomirski in his Honda and the bad luck of the Serbian team was accomplished. The second rank thus belonged to Kouřil and the third to Petr Čížek. The Czech tricolored logo thus completely controlled the podium after the race.

As soon as the peloton finished the first race the pilots had to start preparation for the second. In three hours they all appeared on the start again, and again in the rain. Unlike the morning race, started after the safety car, this race was commenced by the standard fixed start. The rain was not so heavy yet, but this was soon about to change.

After five laps the first rank was held by Vesnic, with Galáš following him with a ten-second loss, and Kouřil in the third rank. The rain was heavier and heavier, several pilots slipping off the road and even Galáš could not avoid a small mistake. The race management finally decided to show the red flags and finish the race prematurely.

After the Croatian weekend Jáchym Galáš got close to the interim leader of the championship, Vesnic, with the remaining fifteen-point loss. Petr Čížek advanced to the third interim rank. Roland Amrein scored his first points at his premiere start. The junior pilot of the Hungarian Unicorse team, introducing himself in Croatia with a beautiful white Alfa Romeo Giulietta, had to face extremely hard conditions, and yet managed his debut with merits.