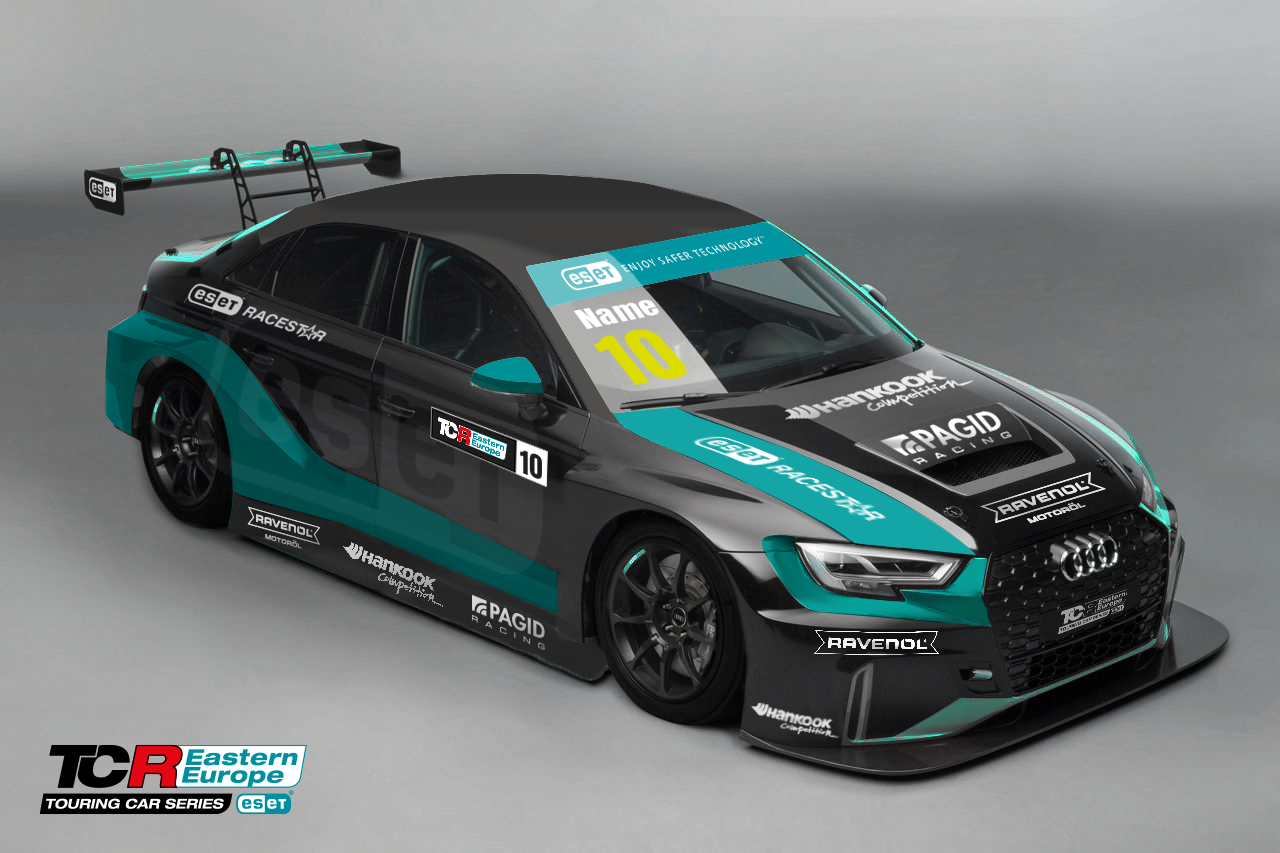 ESET Race Star project will launch this season. The aim of this project is an active support of talents and development of circuit racing.

The new TCR Eastern Europe season will start already in about a month. This championship will be one of the series that will have to do with ESET Race Star project this year. The main target of ESET Race Star project will be the support of talented drivers, especially in form of cost reduction. The TCR Eastern Europe promoter Josef Křenek is the founder of this project. He finds and supports talented drivers already from his beginnings in motorsport. Among others, the successful kart racer Adam Kout or the former GP2 Series driver and 24H Series champion Josef Král started their career in team of Josef Křenek.

Promoters, suppliers, media, selected teams and experienced drivers will participate in the project and cooperation with national associations is also welcome. Drivers will be selected very carefully for the project. Except from talent, physical condition, decent behaviour, general knowledge, sense of fair play,willingness to cooperate in the media area and knowledge of English will also be important attributes. The project is not reserved only for young talented drivers. It is open also for drivers, who contributed to motorsport in a significant way, or for drivers, who deserve such a support thanks for their results already for a long time.

„Ideally, the target is to help the drivers to world championships. But we all know it is difficult and there are a lot of obstacles. But we would like to make it easier for the drivers. Already today, we can boast of drivers as two-time Junior champion of TCR Eastern Europe Jáchym Galáš, who will race in TCR Europe, or Szymon Jablonski from Poland. He considers the participation in European WTCR races. On the one hand, it is a shame they will leave our championship, but that is our target and actually, I´m glad for it and I´m proud of them,“ says Josef Křenek.

But the ESET Race Star-supported drivers will not have only racing obligations: “They have to manage not only the races, but also to help our media department under experienced supervision, especially with working on social media and creating various video reports, which we will broadcast in the new TV studio between live broadcasts of individual races. I believe that their comments and contributions will revive television broadcasting. Media work should significantly increase their popularity, ” adds Křenek.

During the opening round of 2021 season at Hungaroring, ESET Race Star project will be represented by Petr Fulín Jr. in Audi RS 3 LMS TCR car of Horňák-Aditis team. In Slovakiaring round, the local driver Dávid Němček will race under ESET Race Star with Volkswagen Golf GTI TCR car of RTM Motorsport. In addition to the starts in TCR Eastern Europe, the project also gradually envisages starts in the Twingo Cup, Clio Cup and GT4 categories within the ESET Cup championship.