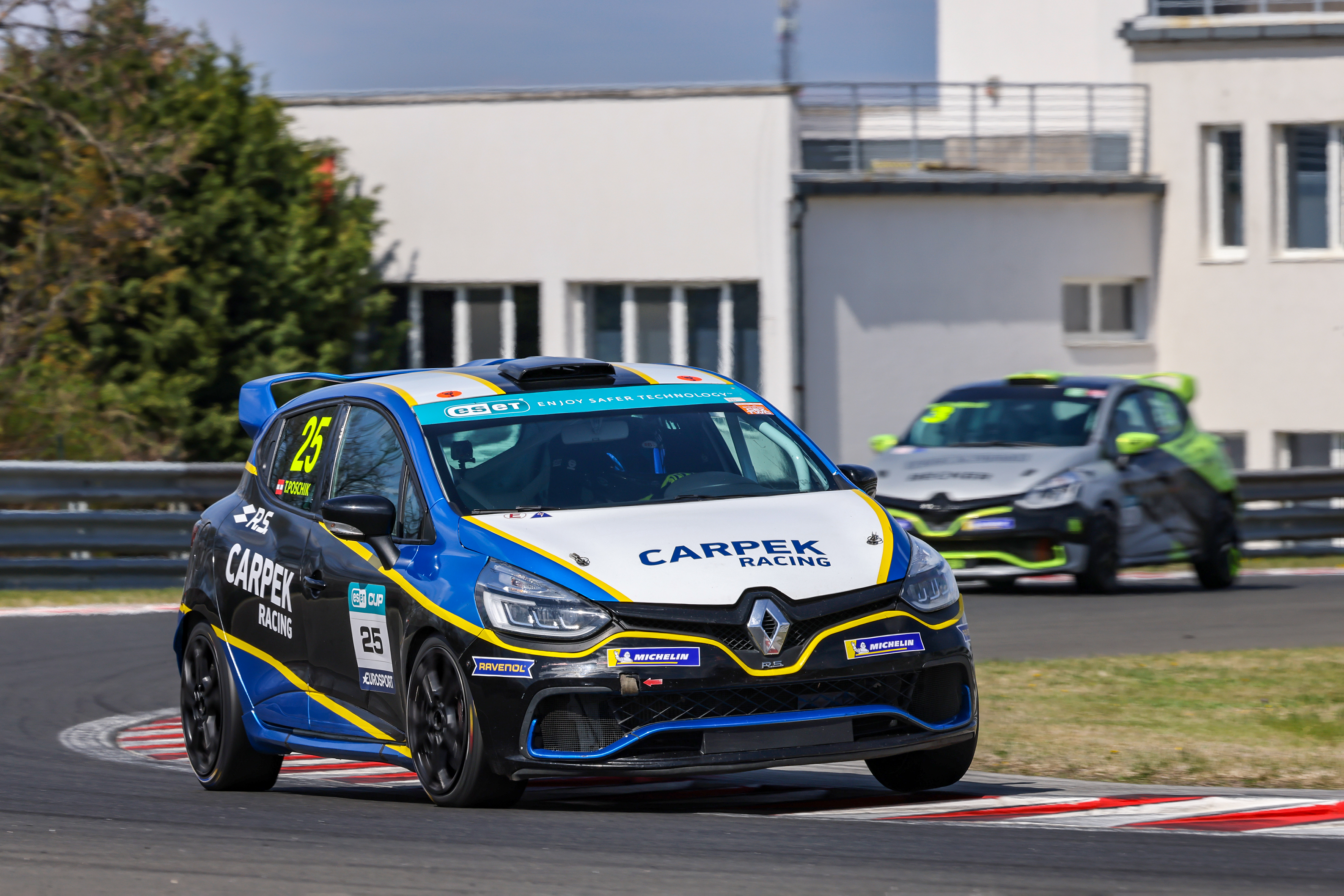 Tobias Poschik switched from kart racing to big cars and immediately convinced everyone of his talent. Not only did he take pole position in the rainy qualification, but he won the race after a dominant drive.

After a quick start, Szabolcs Lantos took the lead from second place, however, in the second turn, Lantos spun and turned in the opposite direction. Behind him, a similar situation happened involving two other drivers, including Libor Horák.

Poschik took the lead, followed by his teammate and team boss at Carpek Racing, Tomáš Pekař. Their other teammate, Henrik Seibel, followed them, so the situation developed extremely well for the Czech team.

First, it looked like a great duel was arising between Pekař and Poschik. However, Pekař was racing with the latest generation of the Renault Clio V, which is a bit slower than the Clio IV version. So Poschik, with his Clio IV, enjoyed a technical advantage and, after several laps and accomplishing a series of the fastest laps, he moved away from Pekař.

Tomáš Pekař finished in second place overall. He couldn’t be sure of his position until the finish flag was waving, as he was chased by Lantos, who moved forward and also started with a Clio IV. However, Pekař defended the overall silver medal.

Tobias Poschik became the winner of the Clio IV classification, ahead of Szabolcs Lantos and Miha Primozic. Behind them finished Valter Nežić, Richard Meixner, Libor Horák, Igor Tomljanović, Ivan Gustin, and Jiří Zbožínek, who was the last classified driver.

Due to the fact that only Pekař and Seibel started in the Clio V category, the winner of that category was the experienced Pekař in front of the young Seibel.