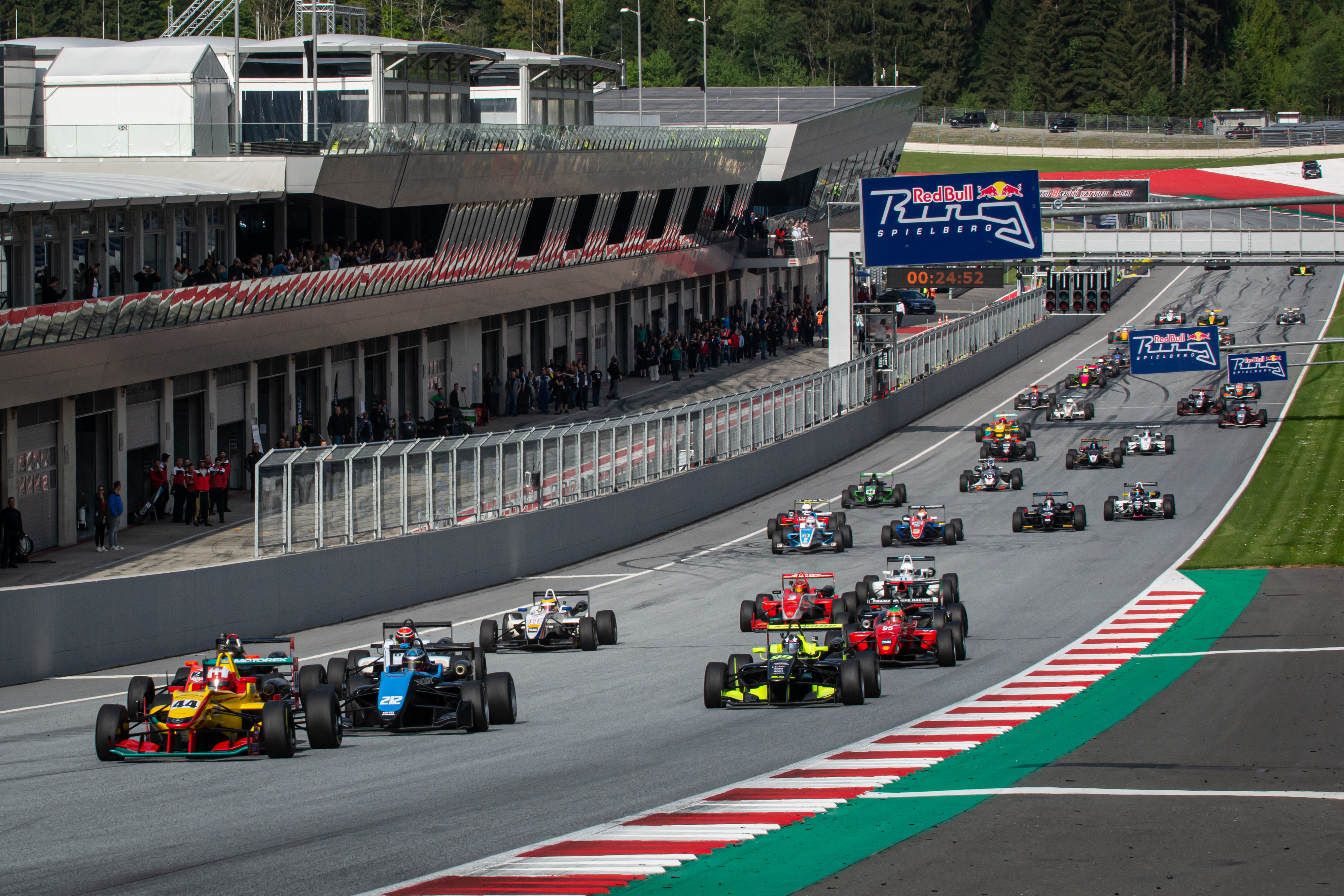 Almost 40 single-seaters showed up in Austria

Red Bull Ring is one of the most popular destinations for single-seater drivers. And the past ESET V4 Cup weekend just confirmed it. There were 37 Formula cars in total, racing in 4 categories, with Formula 3 enjoying the biggest representation.

The whole starting grid almost ended by the final corner and it just shows how popular single-seaters racing currently is, and especially in Austria. Fans were in a treat for something spectacular with so many cars in so many different liveries. And to spice it up, even more, there was also heavy rain on Sunday.

It was nice and dry on Saturday with Sandro Zeller leading the grid in the F3 category. Two of the biggest favourites were out of the contention by the end of Lap 1 already. Tom Beckhäuser, who won in Hungaroring, and Italian driver Andrea Cola became victims of early incidents. While Beckhaüser had to retire, Cola could continue. He dropped to the last place but made a good comeback to finish in 7th place.

These incidents made it much easier for Sandro Zeller. The Swiss driver pulled away from the rest of the field with only Alessio Deleda staying in his mirrors. Both drivers finished the race just two seconds apart from each other and they were also the only ones to get their lap times under 1:28. However, it was Zeller who set the fastest lap time by just 0.067 seconds over his rival. Antonie Bottorili finished 3rd but with a big gap to the leaders.

Sunday‘s race was affected by a very wet track following heavy rain earlier in the day and the race had to start behind Safety Car. These are those kinds of conditions, in which technical differences don‘t matter, but it is all down to individual talent. And also avoiding mistakes. While Sandro Zeller lost the car, Tom Beckhäuser was back and fully motivated to win this time. Despite starting 6th, he soon made it to the lead. Alessio Deleda was again the only driver to keep up with a leader and he finished 2nd just 1.5 seconds behind.

While the grid consisted mostly of Formula 3 cars, there were also plenty of Formula Renault cars. In this category, the reigning champion Bartolomiej Mirecki took the pole position ahead of Nico Gruber and Thomas Arreger. Mirecki and Gruber then went on to battle for the win in wet conditions and in the end, it was Gruber who received a winner’s trophy. He was joined on the podium by Mirecki and Robert Hefler.

There was also some Formula 4 cars thanks to Stefan Fürtbauer and Marius Morosan, who finished both races in this exact order.

After two races at Hungaroring and Red Bull Ring, it is Tom Beckhäuser who is a leader in the F3 category, while a junior driver Robert Hefler has a 14-point lead in the Formula Renault category. Stefan Fürtbauer has managed to win two races and finished on the podium in the other two and he is 1st in the F4 championship standings.