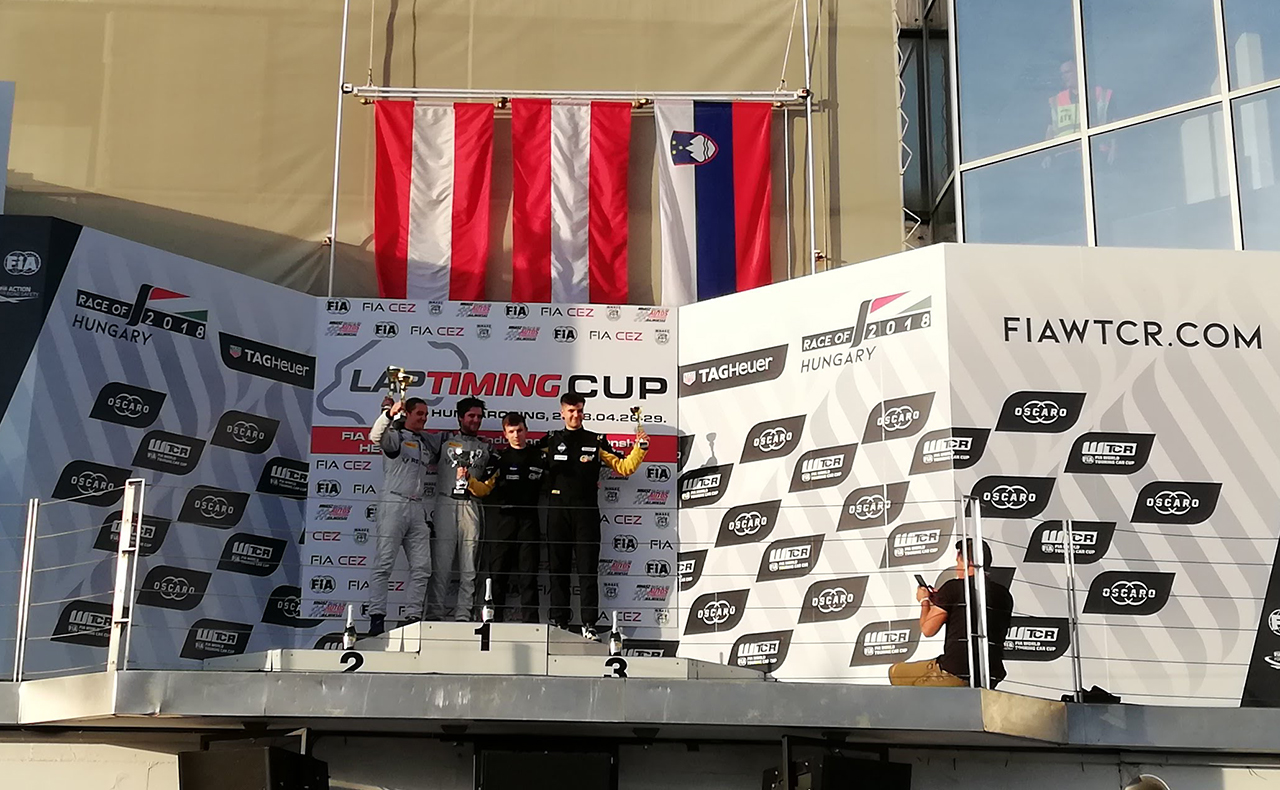 Fights for the first score points in the table for season 2018 have begun today at Hungaroring in Hungary.

The first event, held in the context of a joint weekend with the newly “established” FIA WTCR series, enjoys great interest of not only the teams but also the public.

Following Thursday free practice and Friday time practice the Friday programme culminated with the opening race of the cup category TWC-4, that is of makes Chevrolet Cruze and Renault Twingo.

The first category was won by the pole sitter David Wassermann from Germany. The Austrian Marcus Zeiner was the second to pass the finish line with a four-second loss after the first car. The first bronze medal was deservedly enjoyed by the Swiss pilot Fabian Heggli.

“This was a good and quick race. I managed to start well and then the only task left for me was to control my position. I like this circuit very much and so I believe that I will again be successful tomorrow,“ were the words of the winner David Wassermann.

The cup Twing category was controlled by the duo of brothers of the Lema Racing team, Alfred and Stefan Kramers of Austria. After a nice and hard duel over the eleven laps of the race their cars were only divided by a mere 0.6 second at the finish line.

Another half of a second represented the loss of the third pilot in the finish Tomaz Trček of Slovenia. In the junior category the best start of the season was enacted by Matej Korený of the Křenek Motorsport team who ranked sixth overall.

The TWC-4 category programme will continue on Saturday by the second race where the pole position will be occupied by today´s winner David Wasserman.