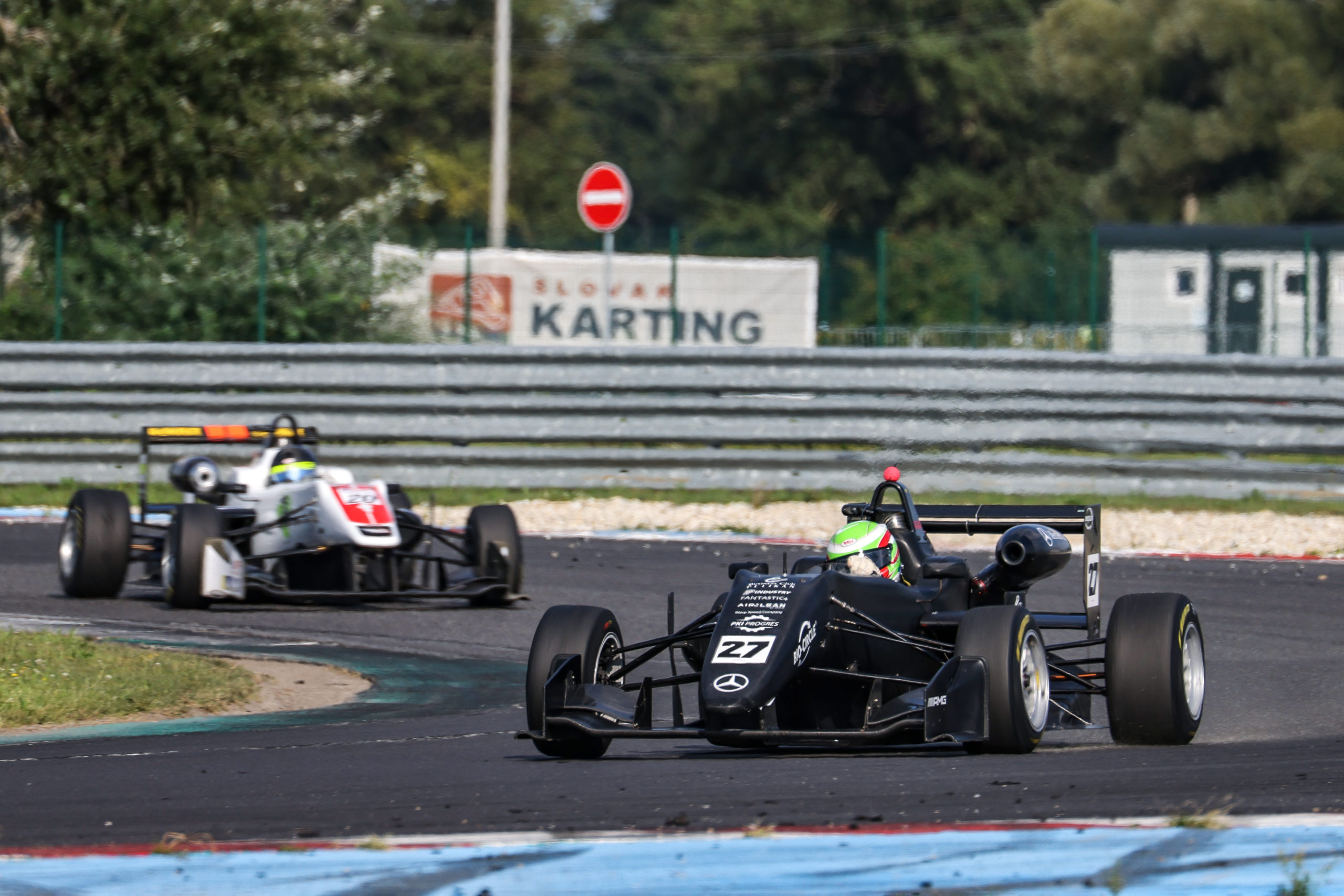 He finished second in 2020 in Formula Open, same result as last year. But this time he fought for the championship until the last race. However, the 39-year-old Vladimír Netušil from Effective Racing Team was more than happy with the winning D2 Central European Zone CEZ FIA championship and also Czech championship.

Vladimir, what made you happy in last season in Formula 3?

I was pleased to be able to gain speed again. Year before wasn’t worth much because of the covid, but this time I made a lot of progress. My opponents were faster before, but last year I fought an equal battle with them and at the end of the season I was ahead of them. We have moved forward, so from my point of view a great season.

On the other hand, it had to be disappointing that you didn’t defend your first position in the Formula Open in the Eset Cup in the Brno final?

Of course. I wanted to win. In the first race in Brno, I won and moved to the lead in the championship. Although I was ahead only by a point from Paolo Brajnik, he didn´t start in Brno, so it was clear, that the biggest favourite would end up behind. However Sunday’s race didn’t work out for me and I was overtaken by Benjamin Berta and Sandro Zeller. I end up second to Berta by four points in the championship. It’s a pity, but I admit that I missed Paolo Brainik. I was very much looking forward to our fight. Before that in Grobnik on his home track, where I started for the second time and he knew every meter there, we fought a very nice and balanced battle. He won both races, but I hung on his rear wing. He had to drive on the edge to keep me behind. That’s why I was looking forward to Slovakiaring and then to Brno, where I could also use my knowledge of both tracks.

What is it like to fight with significantly younger opponents?

It motivates me to catch up with young people or be faster, even though I could actually be their father. Most of them have go-kart racing and then they have switched to formula cars. I didn’t race until age of 34. I only wished to drive open wheel one day, because a follow Formula One from an age of six. Then I had the opportunity to rent Formula Renault in 2016 and try the amateur Carbonia Cup. And I won, even though former drivers with many years of experience raced against me. So I decided to move up to the FIA ​​Central European Zone. I have already bought a Formula Renault and built a small team to be as ready as possible.

You won D2 CEZ FIA with Dallara F318 last year. Are you planning to move up to another formula car?

Yes, if it works out, I would like to start in the Euro Formula Open this season. This means, above all, buying the latest Dallara F321 and prepare myself for new European tracks, unknown to me. The championship attracts me, because there will be young talented people, dreaming about F1. If everything works out, I want to start training in February, either in the south of Italy or in Barcelona, ​​where I have never raced. I have no big ambitions in the first season, but I would like to fight in the first half of the field next season.

Are you planning to expand your team and hire second driver?

I´m planning to introduce new drivers in our team, because we will have two F3 cars and we also want to get involved in F4, which will take place in the Eset Cup Series. So we want to give young competitors a chance. I’m already in negotiations with several riders, but more will come after testing.