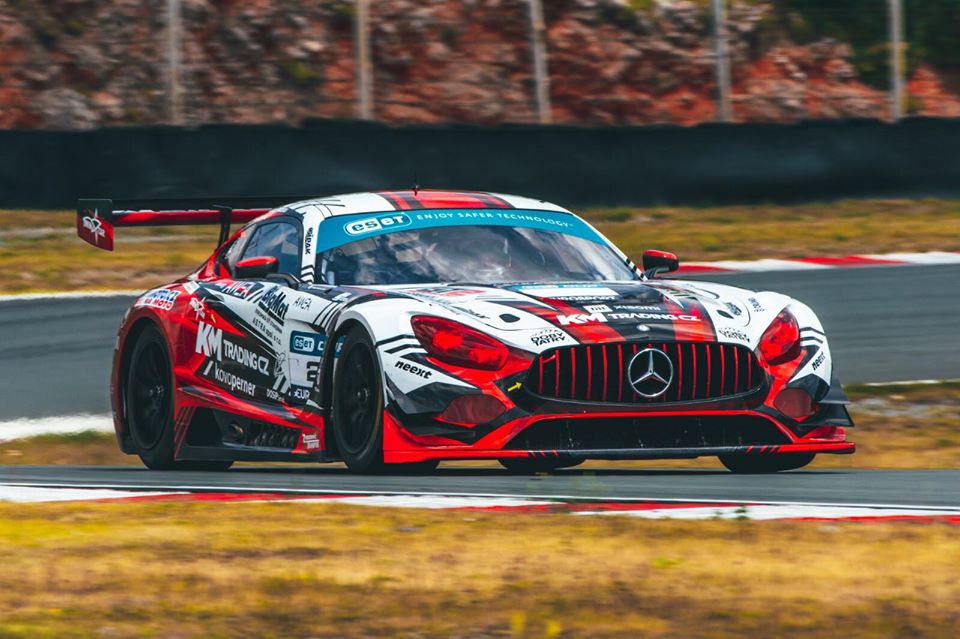 Libora Milota took his 2nd win of the weekend in the second Sprint race of a GT category. He was joined on the podium by Miro Konopka, a winner of the GTC category, and Daniel Skalický. Ferenc Ficza won the GT4 category and Bence Boldizs crossed the line in the 1st place in TC-3500.

It was a picture-perfect start of the season for Libor Milota on Saturday. He won both races of the day – a Sprint GT race and a one-hour Endurance event, where he was joined in his Mercedes-AMG GT3 by Sergej Pavlovec.

And Milota proved his great form on Sunday as well. After taking a pole position in the morning, the GT2 Motorsport driver took another victory in Sunday’s Sprint GT race. At the beginning of the race, he dropped behind Miro Konopka, but Milota quickly regained his pace and soon after he returned into the lead and then dominated the rest of the race.

Konopka finished on the 2nd place and could celebrate another win in the GTC category. Daniel Skalický took the third place.

In the GT4 category, it was a win for Ferenc Ficza. Yesterday’s winner Sergej Pavlovec from RTR Projects team finished only in the 2nd place. Bence Boldizs then came out victorious in the TC-3500 category.