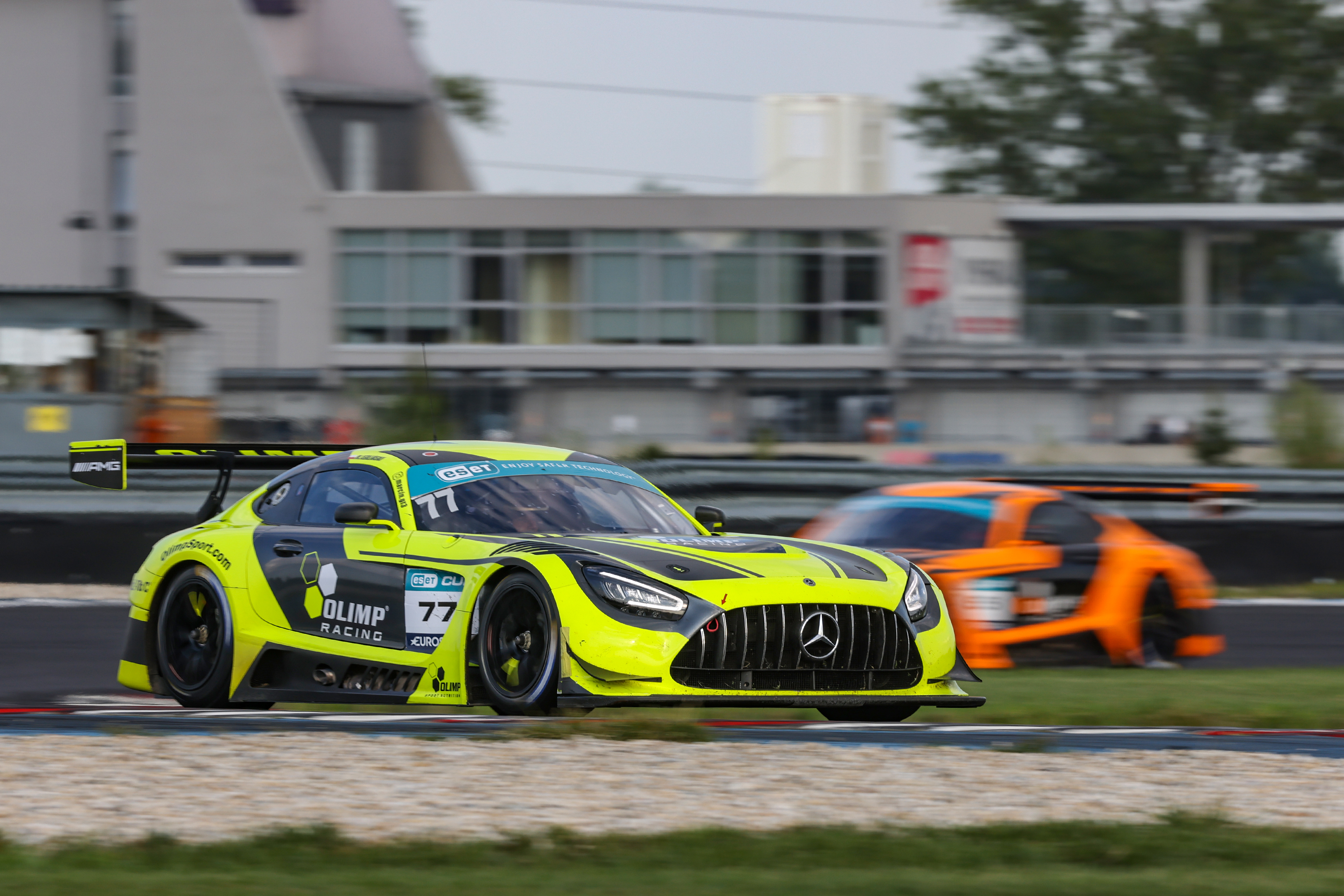 Marcin Jedlinski won the opening Sprint race of the GT3 category at the Brno circuit. By doing so, the Olimp Racing driver has secured the championship title in GT3. As for the other categories, Ferenc Ficza won in the GT4 class, Adam Rzepecki in the GTC category and Miro Konopka, who just recently took part in the 24 Hours of Le Mans, was victorious in the LMP class.

It all looked promising for Marcin Jedlinski already before the weekend. The Polish driver, who had already won the GT Sprint overall classification before, led the GT3 Sprint category standings by 24.5 points ahead of Gregor Zsigo. He then went on to win Saturday’s race, taking his 8th victory of the season, and securing the championship title.

Marcin Jedlinski could celebrate his success with his father on the podium, as Stanislaw finished in 2nd place, making it a 1-2 result for the Olimp Racing team. Gregor Zsigo completed the podium in 3rd position.

In the GT4 category, Ferenc Ficza took his 2nd win of the year. The Trevor Racing driver managed to beat David Vršecký from Buggyra and Grega Šimunovič. Meanwhile, Adam Rzepecki won in the GTC class ahead of Petr Brecka. Rzepecki had already won the category classification before.

One of the biggest attractions of the Brno weekend is also the LMP class that features ARC Bratislava’s Miro and Maťo Konopka, who took part in this year’s 24 Hours of Le Mans event. And they managed to take 1-2 finish in Brno, with Miro winning ahead of Maťo. They were joined on the podium by Jacek Zielonka, this year’s LMP category champion.