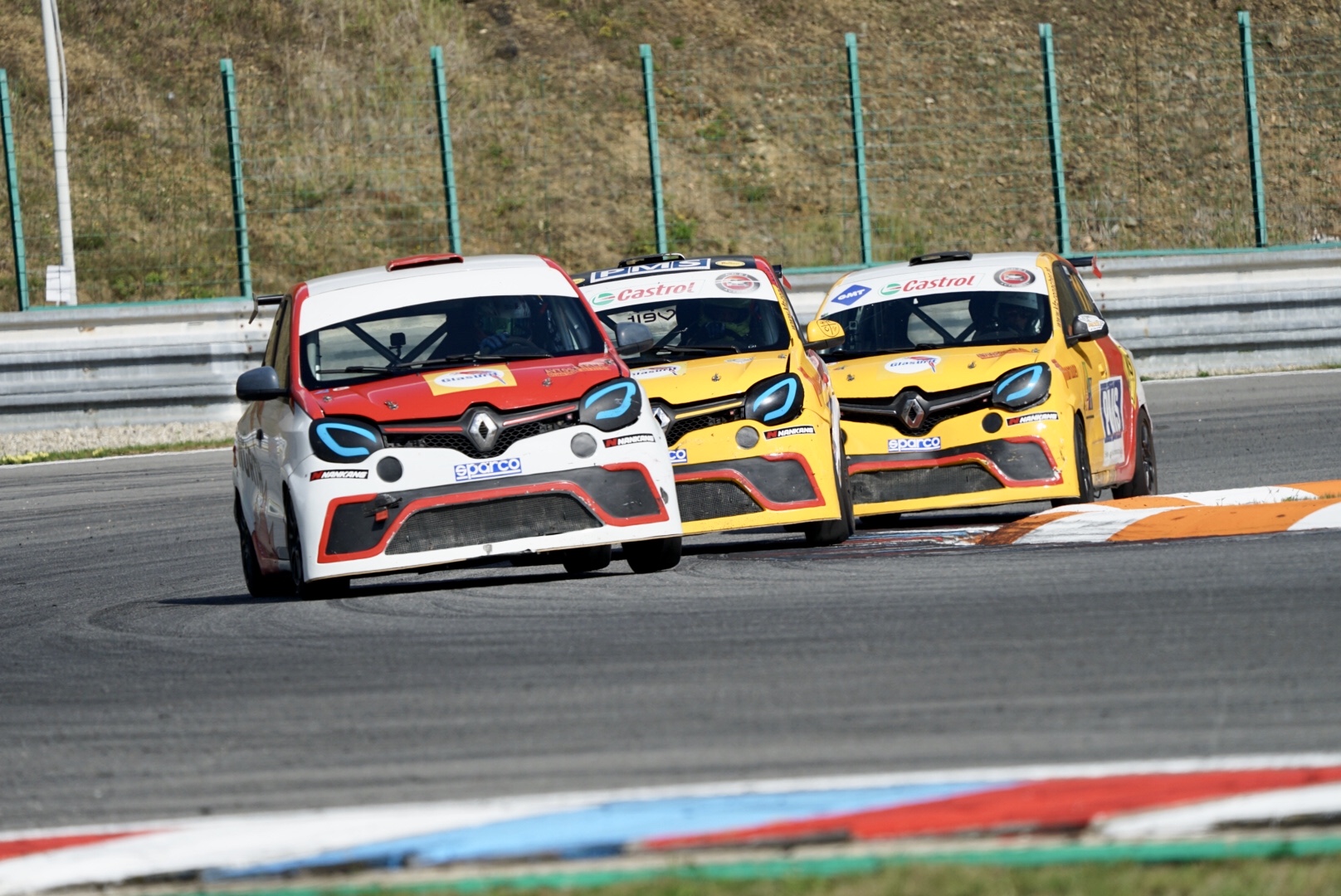 The Brno Circuit hosted the first race of the final racing weekend of the Cruze Cup and the Twingo Cup seasons. Another pole-position in Cruze Cup was won by David Wassermann, defeating in the time practice Martin Rennhofer and Thies Ahrens.

The three candidates for overall victory in Twingo Cup lined up behind them, with Alfred Kramer as the first , Stefan Kramer by his side and Tomaz Trček as the third. The fourth starting position was occupied by Tom Gruenfeld and the following row of the starting grid was filled by Keijo Keke Platzer and Sandi Jeram. Brno welcomed together fourteen Twingos, which promised an attractive show for the spectators.

The lap times from the time practice suggested another comfortable victory for Wassermann in Cruze Cup, but Rennhofer accelerated considerably in the Saturday race and stuck to the rear dumper of David Wassermann. Both of them enacted a dramatic duel lasting for several laps, ending by final escape on the side of Wassermann with a difference of a second to receive another valuable trophy. The second ranking Rennhofer was followed in the ranking by Thies Ahrens.

On the other hand, the ranking in the Twingo Cup kept changing and after three laps a leading group separated from the rest of the starting field, including Kramer brothers and Tomaz Trček. Thus the battle for the champion title in Twingo Cup could not have had a better scenario. The triad overtook each other on the straights and in curves and prepared for the final battle in the last lap. The important victory finally belonged to Alfred Kramer with an advantage of 0.186 of a second, followed by Tomaz Trcek and Stefan Kramer ranking third with the same time difference. A bigger loss as suffered by the fourth-ranking Keijo Keke Platzer and Luka Glazer complementing the top five.