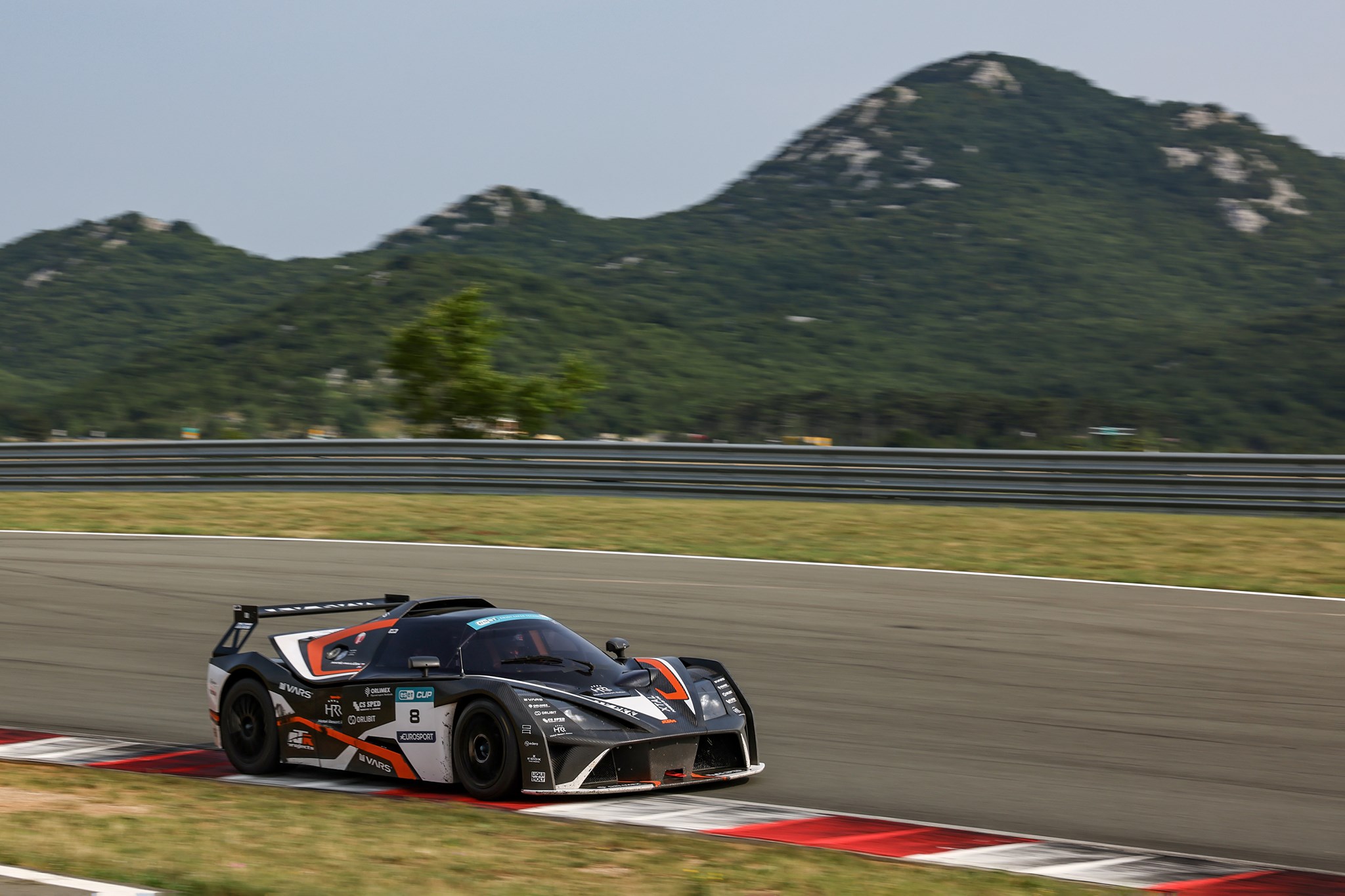 A new challenge awaits for Matěj Pavlíček in Germany, he will also start in ESET Cup again

Matěj Pavlíček will enter his second season in a car racing this year. Behind the wheel of the new KTM GT4 EVO specification in the RTR Projects team, a challenge in ADAC GT4 Germany awaits him together with Josef Knopp. However, we will also see the pair in the ESET Cup  at the inaugural event at the Hungaroring.

You tested a newer specification of KTM with RTR in Portimao and Jerez in February. What are the main differences between this car and the version you drove last year?
The new KTM GT4 EVO model differs mainly in the higher speed on the straights at the expense of lower downforce in the corners. In order to make our car more competitive to others race cars, the manufacturer has created a new package of parts and modifications. Now we can fight with others for the top positions on all types of tracks, and not only on the slower circuits, as it was the case with the older version of GT4. The EVO has about 30 b.h.p. more, lacks a rear wing and has a reduced front pressure spoiler. It also has narrower front wheels. It therefore drivers significantly faster on straights and, thanks to its light weight, is similarly fast in corners even without the rear wing. Thanks to this, with the new model, we will be much more balanced with other GT4 cars this season.

Was there anything that surprised you on the new KTM specification?
Both cars are very similar. However, the new car surprised me especially with the speed on the straights, because it is differently designed and therefore significantly faster than the older type KTM GT4.

However, we will see you also in ESET Cup, which served you as gateway to motorsport. Do you already know in which event you are going to start?
As I mentioned, we spent a lot of time preparing for the racing season in the winter. However, we have not yet completed a sharp start. The team therefore decided that it would be ideal to take part in ESET’s first Hungaroring race and use it as a test. We will try the full racing mode, pit stops with the change of drivers and at the same time we will tune the last details before we jump into the full ADAC GT4 mode.

Last year, you didn’t set any specific goals before your debut. How will it be this year? Do you have specific goals?
Everyone on the team is aware that we have great potential for the upcoming racing season. With Pepa Knopp, we would like to aim top positions and finish all races in the points. This is the only way, how we can think about success in the overall championship. However, the competition is serious and we will get nothing for free. Everyone want success, but I believe we can do it. The first ADAC GT4 race will suggest how we stand in direct comparison with other teams and drivers. There is always room for improvement and it is always necessary to think and move forward constantly.

Last year, you tried out a number of new circuits in the ESET Cup, which suited you the most and which not?
I probably enjoyed Grobnik the most. It was interesting for me to try such an “exotic track”. The fights we had with David Vršecký were fantastic. On the other hand, I probably liked the Polish track in Poznan the least. In addition, the conditions that occurred there were very difficult, so my impression of the track was not very positive. However, I must say that I gained a lot of new experiences from the Poznan weekend, and that moved me a lot forward. I am still learning and every experience, even a bad one, moves me forward.

How long does it take you to learn the track? And do you use simracing, for example, to speed up the circuitry process?
I will learn a new track in about 10-20 laps. This usually brings me to a good level of track knowledge, on which I can then begin to hone the details. For example, the track in Portimao is so demanding that I needed half a day to get it “under my skin”. I use Simracing primarily to learn new tracks and try to know all its technical specifics before I go on them with a race car. At the same time, it’s fun for me to fill my free time. So I can say that I combine pleasant with useful.

Cooperation with experienced racers Erik Janiš or Tomáš Eng is definitely beneficial. How do they help you? For what advice you can ask Erik and for what Tomáš?
Erik and I focus mainly on the engineering side of racing. Whether it’s setting up the car or how certain parts of the car work and how they affect the race itself. It’s a lot about the details and knowledge of the car. With Tomáš, we focus more on the driving side. It is mainly the physical training before the season and the race itself, but also the details of the driving. We analyse onboards, pay attention to the specifics of racing from the drivers point of view. We also pay a lot of attention to the mental side, mind setting, coping with the pressure during the race. I must say that the background of the RTR Projects team is really highly professional and can rely on them. Thanks to that, we believe that the upcoming season will be successful for us. 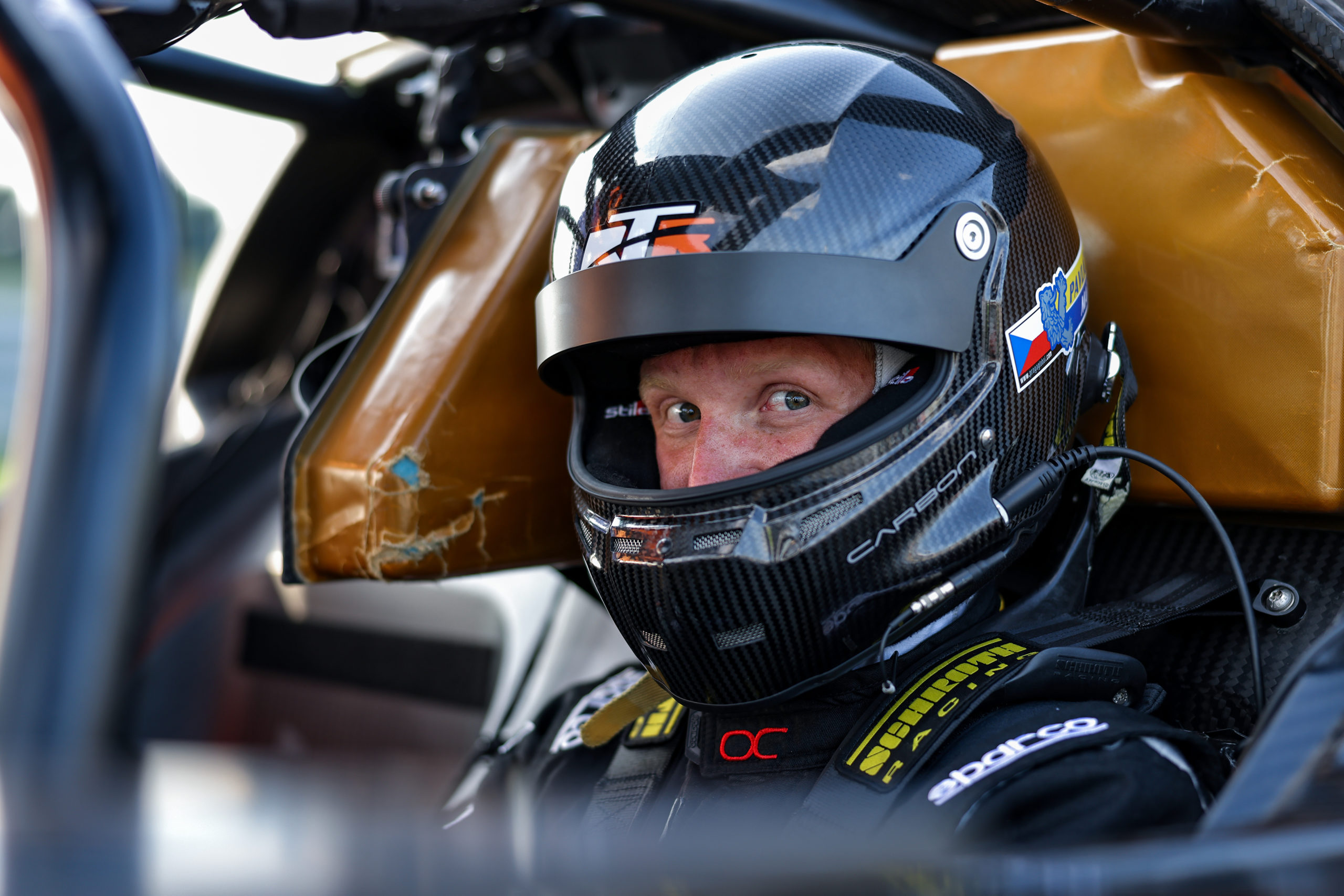