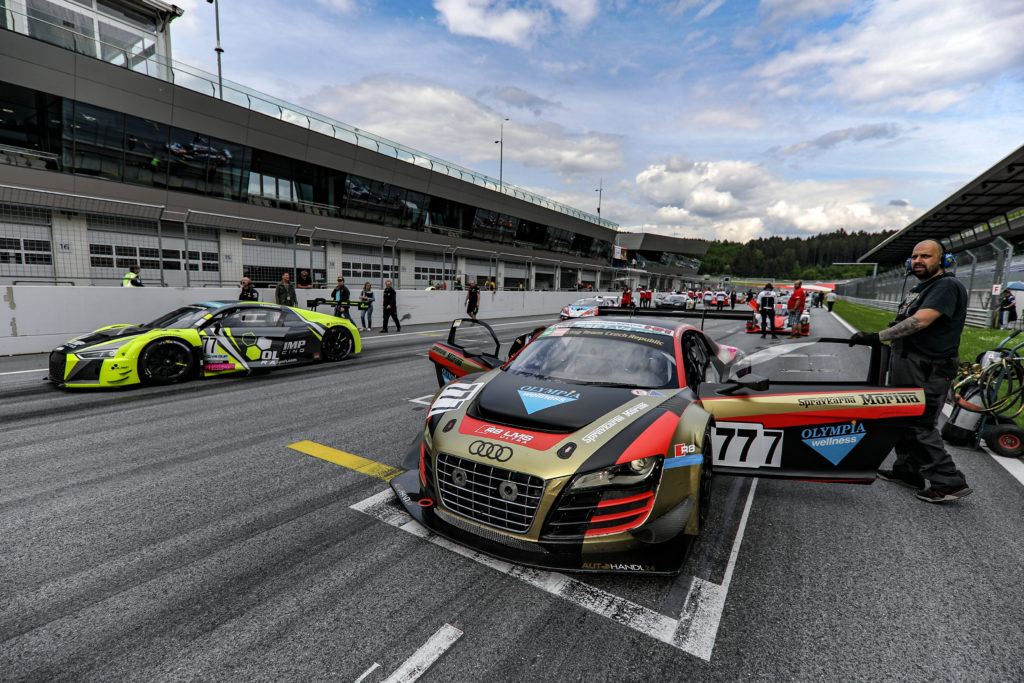 More than 100 cars to race at Red Bull Ring

The ESET V4 Cup returns this weekend for its 2nd round of the season, which takes place at a modern and very fast track at the foot of Austrian Alps. Red Bull Ring, near Spielberg, with its stunning scenery is back.

Rundstreckentrophy at the Red Bull Ring is the official name of the upcoming race weekend. It will feature a huge grid of over 100 racing cars, including entries from the Austrian championship. Just the main category of sporting cars and prototypes will see 33 entries. For the GT category, all the top teams from Hungaroring return, including Olimp Racing, Duck Racing and K&K Racing with Audi R8 cars and also GT2 Motorsport and Trevor Racing with BMW M6 GT3. Lamborghini Huracans will make an appearance too, thanks to Mičánek Motorsport and Sládečka Motorsport. For the first time this year, we are also going to see Auto Centrum Bratislava with Mercedes and Rock Robots with Lamborghini cup racing cars.

Even the one-hour long endurance race, which is planned for Saturday, is going to offer more cars than usual, featuring a popular TCR category as well. You can read a standalone TCR preview for Red Bull Ring HERE.

Fans can also look forward to exciting battles in categories like Clio Cup, which is currently led by Michal Makeš, Cruze Cup and also Twingo Cup with 19 drivers on the grid. Of course, there will be also the ESET TC category, currently led by a Hungarian team Zengo Motorsport with older SEAT Cupra TCR cars. And also some old WTCC machinery like Chevrolet Cruze or Lada Vesta.

But the biggest grid by far is reserved for single-seaters racing. As always, Red Bull Ring is very popular with Formula drivers and it won‘t be any different in 2019. There are 37 entries in total, so even if some drivers are forced to miss the weekend, the grid still will be bigger than in Formula 1.

Red Bull Ring is 4,318 metres long and is known for its long straights and just 9 corners. The start/finish line is 650 metres long, after which drivers face a sharp right turn before another long straight and another sharp right corner called Remus. These places are the best overtaking spots for any car – from GT3s, to cup cars to single-seaters. After Remus is the third long straight, before a technical section that lasts until the start/finish line again.