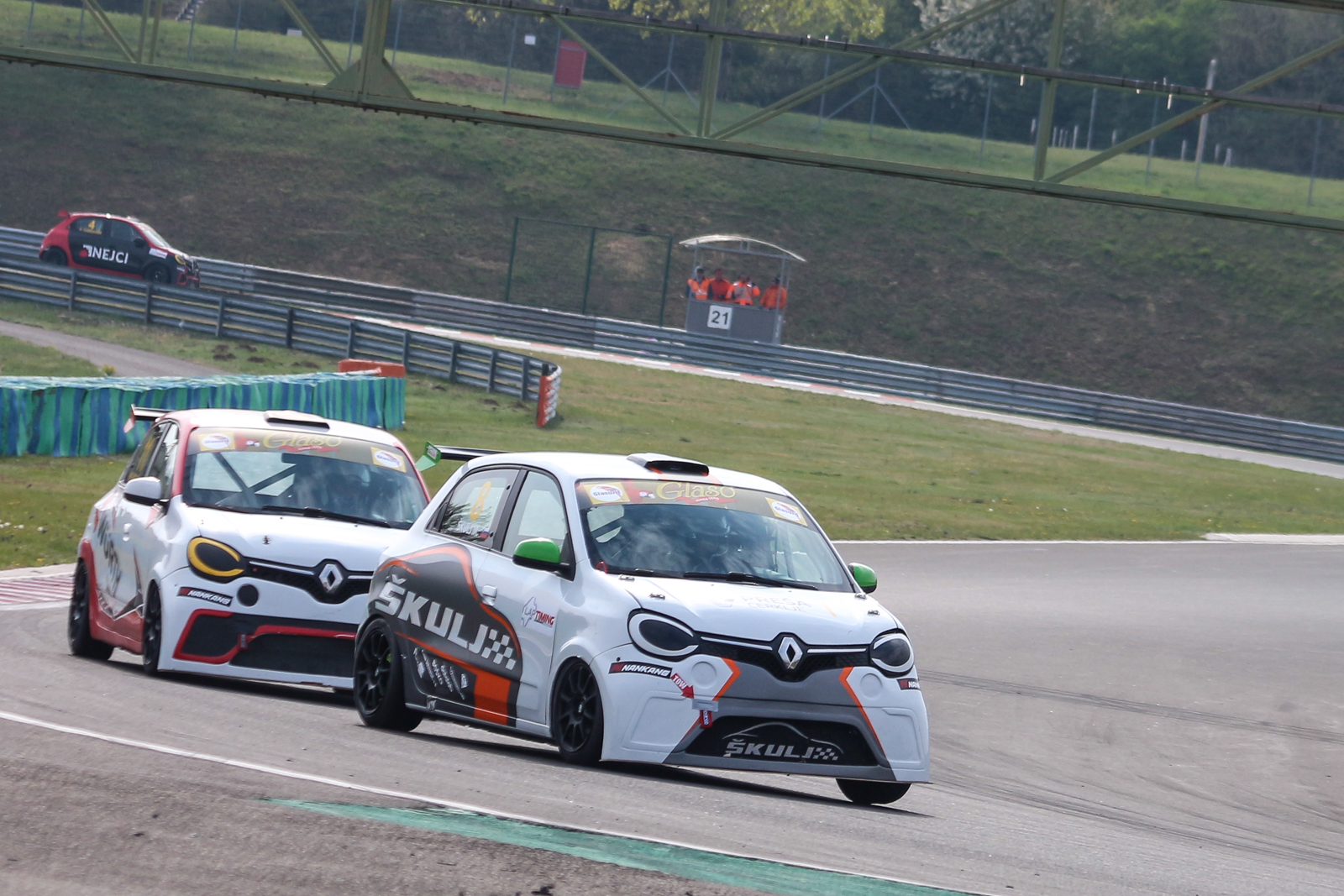 Slovenian driver proved his speed in the first Twingo Cup race already, but he lost out by jumping the start. In the second race, he made sure that nothing like that would happen and he leaves Hungaroring celebrating his first ever win.

Škulj took a pole position ahead of Jaka Marinšek, a winner of the first race. Gašper Dernovšek and Matej Ivanuša then started from the second row. As usual, the Twingo Cup offers very attractive races that are full of exciting battles. It is not so easy to pull away when everybody has the same car and precision means everything as well as an ability to deal with big groups of cars.

However, Škulj managed the impossible and quickly pulled away from his rivals. Behind him, there was a big battle going on for the 2nd, 3rd and 4th places between Ivanuša, Marinšek and Dernovšek. Škulj did not make any mistake and won by an astonishing 9 seconds. Ivanuša finished 2nd, Marinšek 3rd and Dernovšek was the first outside of the podium.