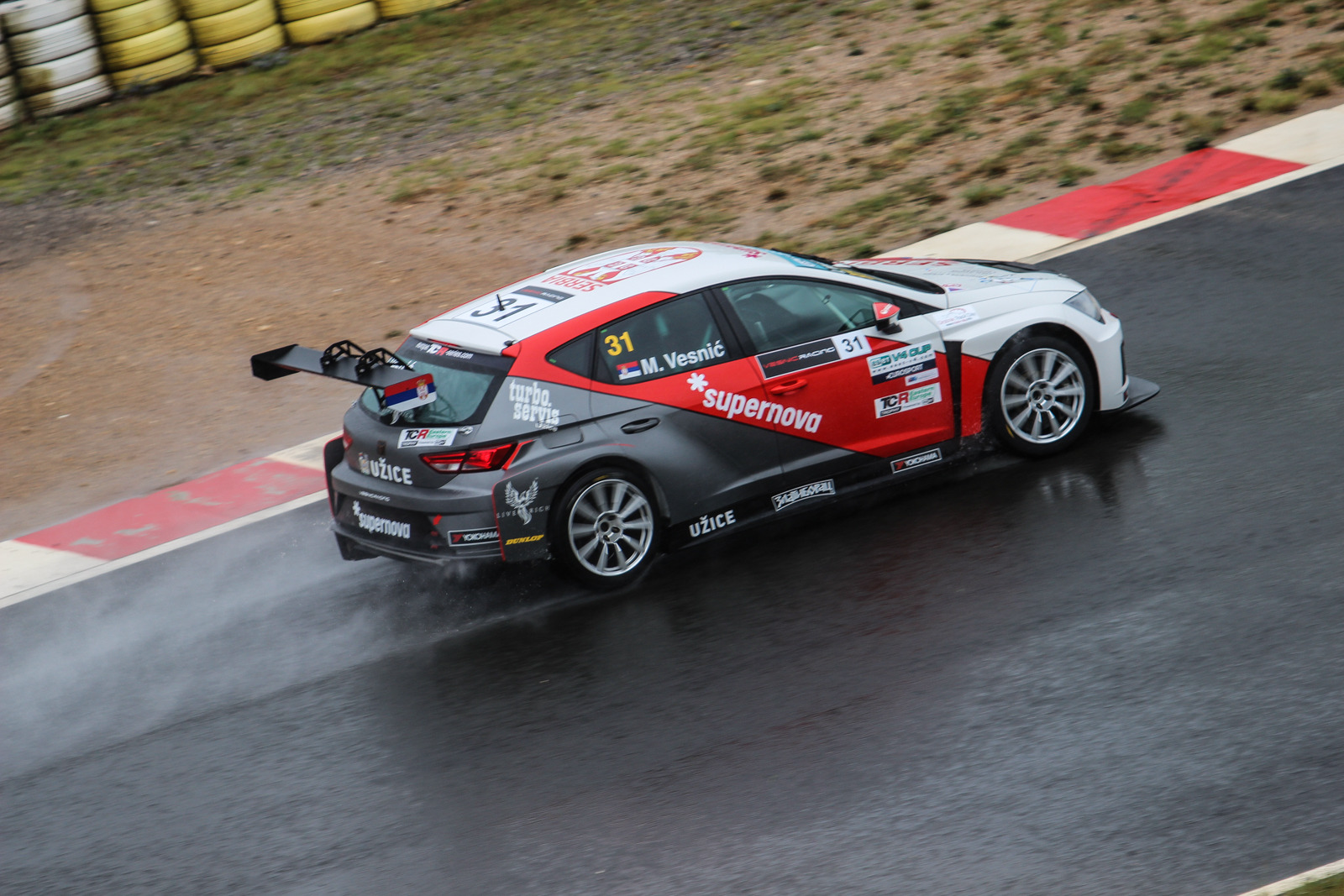 Another Rain-Soaked Race Won by Vesnic This Time

Before start of the second ESET TCR race the circuit was flooded with a heavy downpour and the pilots with their cars parked on the starting grid impatiently waited for more favourable weather conditions. After a delay the situation improved a little and the pilots started for the race.

Mighty geysers of water formed impermeable grey barriers on the road and the pilots had to cope with much worse conditions than those of the morning race. The pole position belonged to Jáchym Galáš, who did not hold the lead for long, dropping to the rear half of the starting field. The lead was taken over by Milovan Vesnic. On the other hand, Galáš more quickly adapted to the water on the road and together with Dušan Kouřil began to achieve the quickest lap times in the race.

After the first five laps the first rank belonged to Vesnic´s Seat, followed by Galáš in Golf with a ten-second loss, which he kept shortening lap by lap, and the third-ranking Hyundai of Dušan Kouřil. Carol Wittke in Seat followed within reach of Kouřil and the top five group was closed by the domestic pilot Zharko Knego, attacked by Petr Čížek, who eventually successfully passed to the fifth rank in front of him.

At the end of the race the attentionof the audience focused on the duel for the second rank between Galáš and Kouřil. Although Galáš slowly reduced the advantage of the leading Vesnic, Kouřil was even quicker, finally reaching the rear bumper of the red and white Golf. But that was not enough and he had to be satisfied with the third rank in the finish, for the race was ended prematurely.