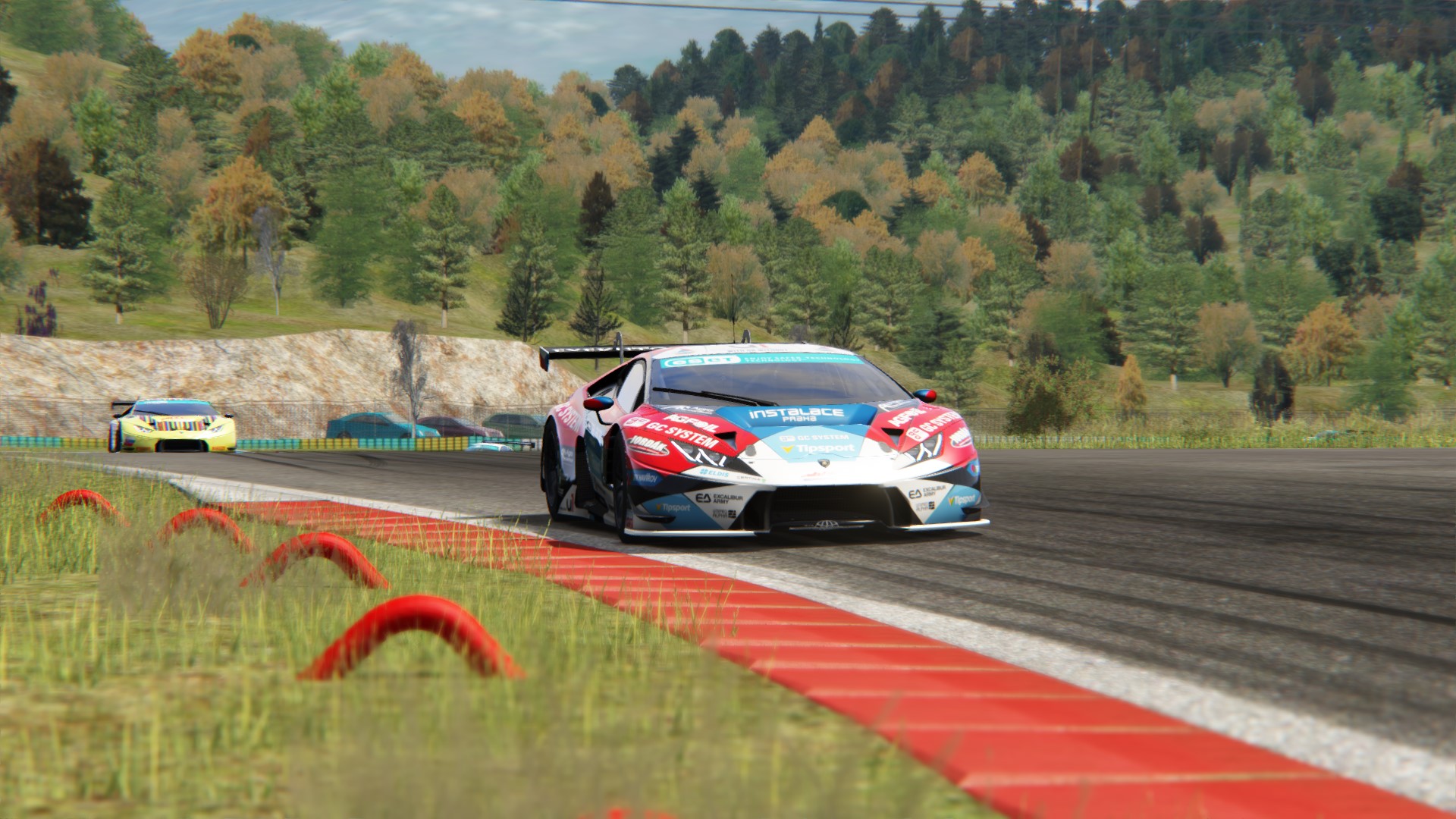 Záruba and Citera victorious at Grobnik

The first-ever ESET iSeries virtual championship continued with Round 3 at Grobnik, Croatia. While the first race of the day belonged to Josef Záruba, the Swiss driver Antonio Citera took the given opportunity and won the race two.

On Sunday, the ESET iSeries virtual championship continued with the 3rd round of the season. This time, drivers races at Grobnik, Croatia.

While the opening round of the season at Hungaroring saw Petr Fulín winning both races, there were two different winners at Slovakia Ring two weeks ago. The Round 2 of the season saw Pavel Gellner and a home driver Dávid Němček taking their first wins of the season. Grobnik then added two new names to the list of winners.

Josef Záruba from Mičánek Motorsport powered by Buggyra team was one of the favourites, after finishing 4th and 3rd at Hungaroring and taking 4th and 2nd places at Slovakia Ring. Yet, he was still waiting for that maiden win.

But that changed in the opening race in Croatia. First, Záruba showed his speed in qualifying, where he set the 2nd fastest time. Then, he followed with a perfect start as he got ahead of Bartlomiej Mirecki on pole position. After that, it was a dominant drive from the Czech driver who went on to take his first victory of the season.

While the 1st place was clearly taken, the battle for 2nd proved much more interesting. First, it was a tight battle between Mirecki and Petr Fulín. However, in one of the corners, they went way too wide and gave an opportunity to Dávid Němček.

However, the ARC Bratislava driver did not stay long in the 2nd place, as Mirecki and Fulín got ahead of him again in Lap 3. After that, there were no changes and Mirecki crossed the finish line in the 2nd position, ahead of Fulín and Němček.

Miha Primožič finished in 5th place, ahead of Gabriela Jílková, who added another 8 points to her championship points. Pavel Gellner started the weekend as a championship leader, but he finished only in 7th position, ahead of Keijo Keke Platzer and Szymon Ladniak. Jakub Knoll then took the 10th place, securing his first championship points of the season. Knoll, Záruba’s teammate, was faster than before at Grobnik, after he set the 4th fastest time in qualifying.

As the results from the Race 1 determine a starting grid for the Race 2, it was Záruba on the pole position ahead of Mirecki and Fulín. But it was the Fullinrace Academy driver who had the best start of them and took the lead.

Fulín then began building a gap and it all looked so promising for him, as he was closing in on his 3rd win of the season. But then came Lap 9 and everything changed. The race leader made an error and went out of the track. To make things even worse, when he had tried to return to the track, he collided with Josef Záruba in the 2nd place. Both drivers then lost several positions.

Suddenly, there was Antonio Citera in the lead. The RTM Motorsport driver had no points prior to Round 3. And while he almost scored points in the opening race of the day, he made an error and dropped outside of the TOP 10 to finish in only 12th place. That was also his starting position for the Race 2, where he had a fantastic first lap though and made his way up to the 3rd place. And after the incident between Fulín and Záruba, he found himself in the best position to win the race.

And he did not let that opportunity to slip away from him. The Swiss driver took his first win, with Záruba in the 2nd place ahead of Gabriela Jílková, the only woman on the podium. She was closely followed by her Yawspeed teammate Keijo Keke Platzer in the 4th position.

Bartlomiej Mirecki finished in 5th place, despite spinning out at the beginning of the race and dropping back to 11th place. Fulín crossed the line in 6th position ahead of Pavel Gellner, Jakub Knoll, Tomáš Pekař and Tom Beckhäuser.

Both races at Grobnik, Croatia totally mixed up the championship standings. Josef Záruba is the new championship leader with 100 points, 19 points ahead of Petr Fulín in 2nd place with 81 points. Pavel Gellner is 3rd with 75 points, 25 points behind the leader. The race 2 winner Antonio Citera is 7th with 25 points.

Mičánek Motorsport powered by Buggyra leads the teams’ championship with 124 points, ahead of Vekra Racing Team with 95 points and Fullinrace Academy with 81 points.

The next and penultimate round of the season is scheduled for Sunday, June 14, when the drivers will head to Slovakia Ring again.