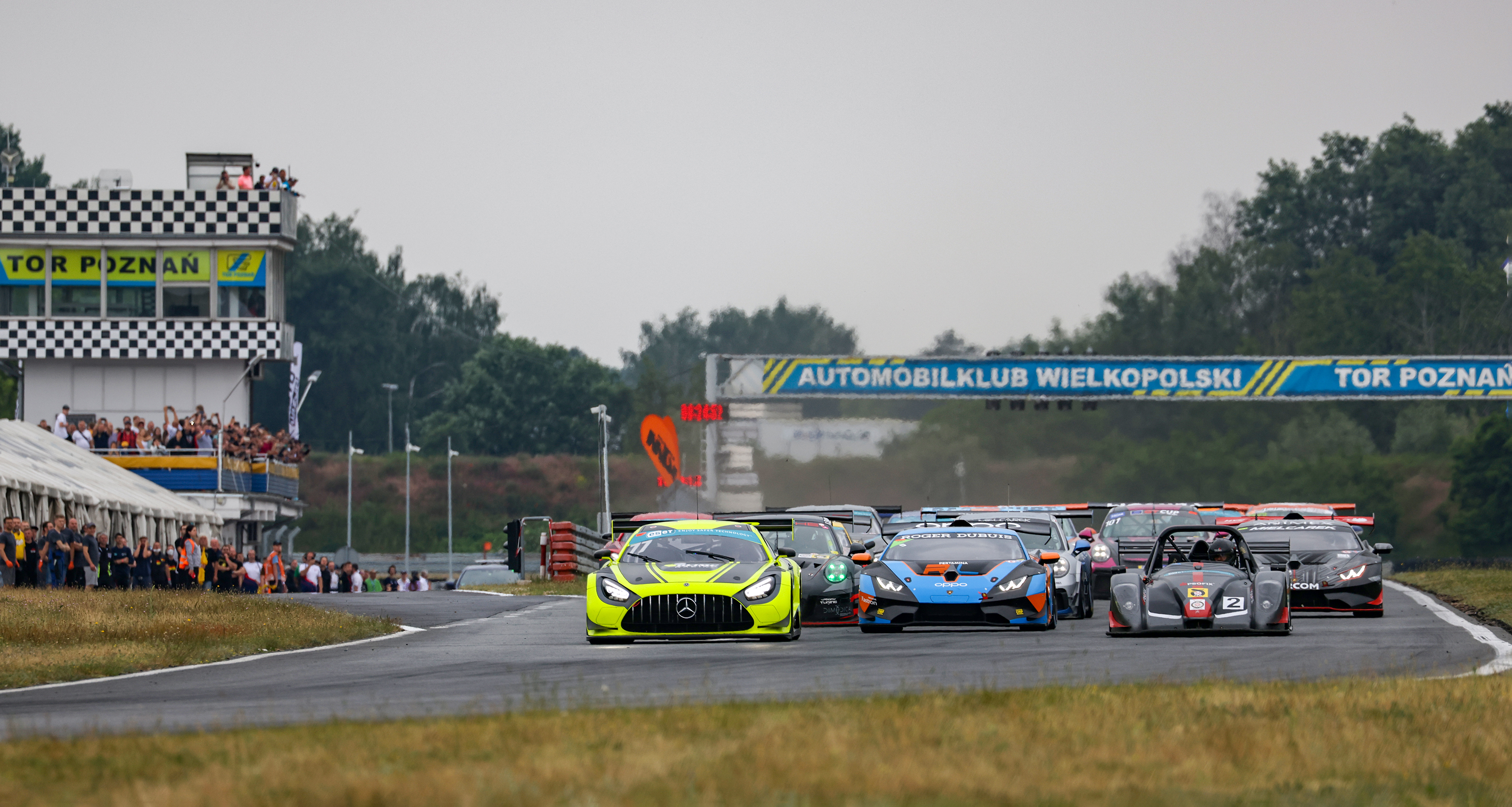 Is Libor Milota going to stay in the lead of GT3 class? The weekend in Poznan will show.

Libor Milota with the Mercedes AMG GT3 of the GT2 Motorsport team holds the lead in the ESET Cup standings, but he will have strong opposition from local driver Marcin Jedlinski.

It´s expected that the fight at Tor Poznań is going to happen between Milota and Jedlinski. Also Gregor Zsigo with a BMW M4 GT3 or local Piotr Wira with Mercedes can also get into the battle. The spectators can look forward to the fight of Mercedes, BMW and Audi, which will be driven by Marcin Jedlinski. He was absent from the Red Bull Ring due to the illness, but he will be back in full force on the home circuit.

Nine Polish drivers entered the the sprint races. In addition to Wira and Marcin Jedlinski, his father Stanislaw Jedlinski will drive again with a Ferrari 488 GT3. Another fan favourite is the young Robin Rogalski with the Audi R8 GT3 EVO2 of the Seyffarth Motorsport team. “Participating in the championship will definitely be an interesting experience for me. My opponents are very good drivers and I respect each of them. This will be my first contact with cars since my forearm surgery. Therefore this is a special moment for me.” says Rogalski, who also adds that he doesn’t really know the Tor Poznań circuit. ” I have only driven on it once in my life 6 years ago in my first race, I remember that I was driving a Kia Picanto, which is a car that, apart from having 4 wheels, is nothing like an Audi R8 GT3 EVO II. I’m looking forward to it and you can expect me to do my best!,” adds Rogalski.

The home team PTT Racing enters two cars. Porsche 911 GT3 Cup of the GTC category for Martin Kaczmarský and KTM GT2 of the GTX category for Artur Chwist, who also started at the Red Bull Ring. By the way, Arthur’s grandfather is Sobiesław Zasada, who started the Rally Safari last year at the age of 91.

Martin Kaczmarski has extensive experience with rallies. He finished ninth at the Dakar Rally and also raced in the World Rallycross Championship. He will now sit behind the wheel of Porsche and try to jeopardize the dominant position of Dennis Waszek, who leads the GTC category with the Lamborghini Super Tropheo. “There is a huge difference between Porsche and Lamborghini, and although we know Poznań very well, Dennis is a great racer and it will be very difficult to finish in front of him. However we are fighters and we never give up, “said Marcin Kraczkowski from the PTT team. In addition to Kaczmarski, another local driver Adam Rzepecki and also Petr Brecka will drive a Porsche 911 GT3 Cup.

Waszek won´t be the only one who will drive Lamborghini. Jedrzej Szczesniak from the GT3 Poland team will drive the same car. Andrzej Lewandowski will sit in this Lamborghini in the endurance race. Kaczmarski (along with Mateusz Lisowski) and Artur Chwist (along with Christian Loimayr) are also going to race in the endurance. Robin Rogalski will take part in the one-hour race too: “I plan to start the endurance race alone because I want to test my forearm in all kinds of conditions. It will be a kind of test for me.”