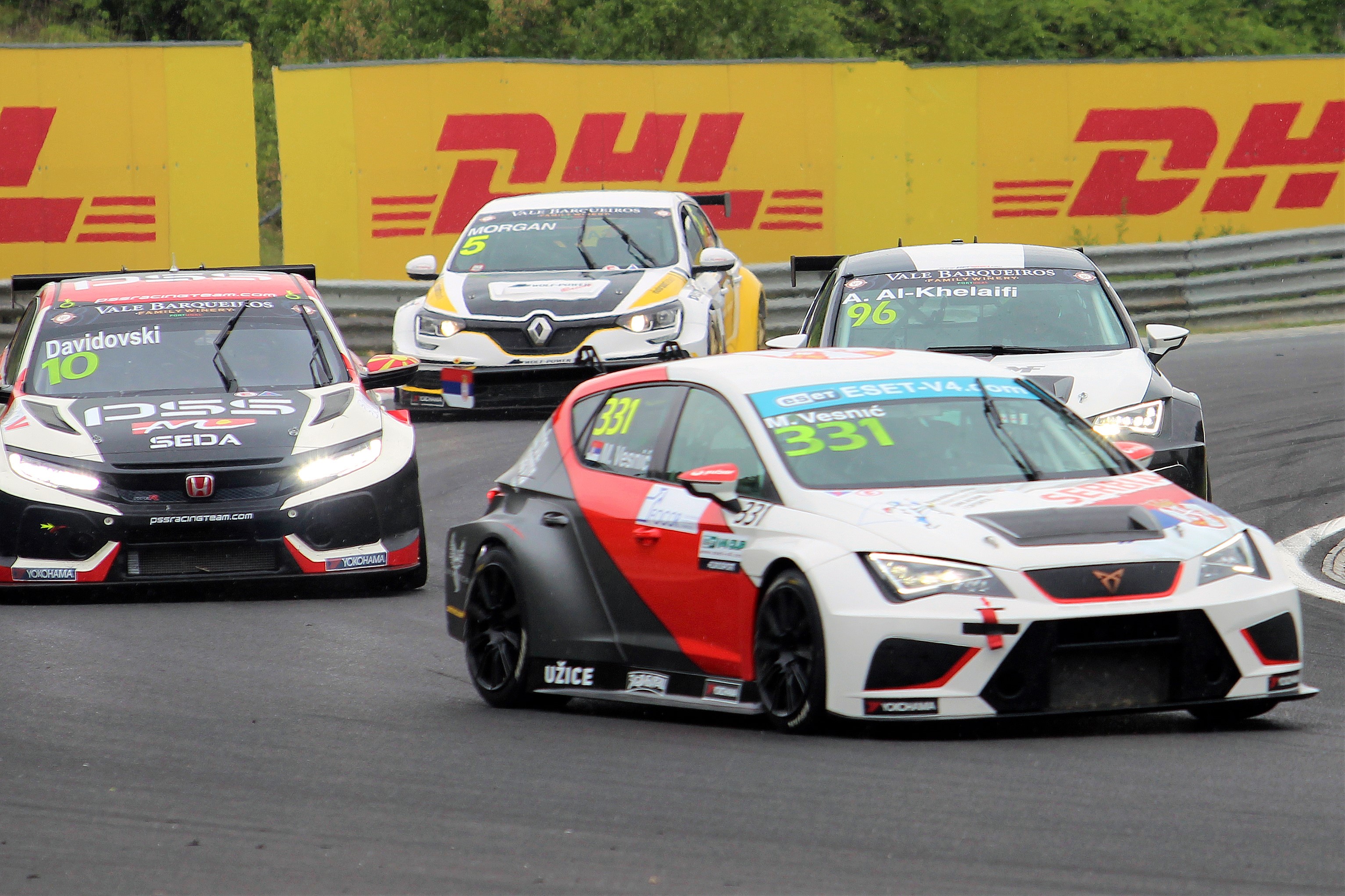 Two winners of the opening round of ESET TCR: Martin Ryba and Milovan Vesnič

The ESET TCR series continued on Sunday at Hungaroring with two more races as part of the TCR Europe event. While it was a Slovak driver, Martin Ryba who took the victory in the first race, Milovan Vesnič from Serbia won in the second one and took the championship lead.

Despite some heavy clouds above the circuit, the first race of the day was still run in dry conditions. Martin Ryba did not have any problems keeping his 1st position while being in the Top 20 overall in TCR Europe. But behind him, it was incredibly tight. Jáchym Galáš had a perfect start and moved to 3rd place behind Milovan Vesnič. The Serbian driver then used all of his vast experience to stay ahead of a Czech youngster. And it worked out, with Vesnič finishing ahead of the best junior driver of the day.

Martin Ryba, Brutal Fish Racing Team: „It was very difficult since the beginning. There was a crash I had to avoid, then so many battles and contacts. I managed to move by three positions and I‘m glad for the win in the ESET TCR class.“

the start of the second race, there were already first drops of rain, but nobody wanted to risk taking wet tyres so early. As expected, the whole field of 37 cars struggled through the Turn 1. First, Jáchym Galáš had a really slow start and got hit a few times from behind and eventually had to retire. Incidents between TCR Europe drivers then continue throughout the Turn 3, where John Fillippi hit the barrier in his Renault Mégane. That brought the Safety Car out. In the meantime, the rain got stronger and drivers faced wet conditions. Yet, nobody went into the pits for wet tyres and the race turned into more of a rally stage.

Despite all that, it looked very well for Martin Ryba who led the race until he was forced to retire because of a damaged front of the car. That gave Milovan Vesnič his win ahead of teammate Jakub Wyszomirsky and Petr Čížek in 3rd place. Žarko Knego and Carol Wittke finished outside of the podium.

Milovan Vesnič, ASK Vesnič: „It was very difficult. At the track it reminded me of rallycross, I didn‘t have any grip at all. But overall, it was a very positive weekend. We took 2nd place and a win, so I want to thank the whole team.“

The ESET TCR championship continues at the weekend on May 17-19 at Red Bull Ring in Austria.