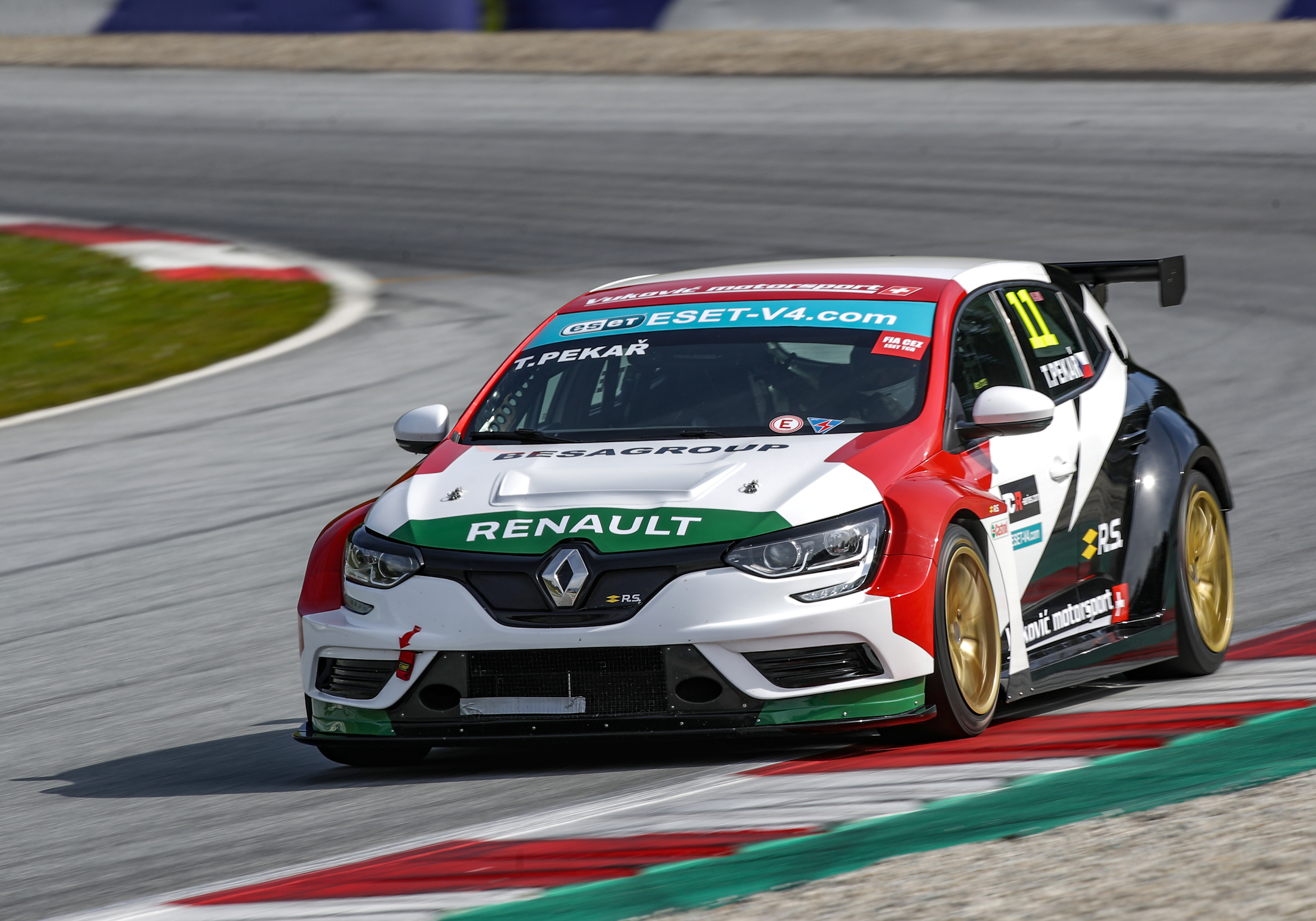 A drying track is always tricky for drivers and especially when it comes to touring cars. But it also usually gives fans the most thrilling experience and it was no different for the ESET TCR race at Red Bull Ring.

All the drivers opted for wet tyres at the beginning of the race with Milovan Vesnič starting from pole position. He had a good start and pull away quickly trying to take another win this weekend. But it was a different story for Galáš behind him in 2nd place, who had a bad start in his Golf TCR and dropped several places behind. Luckily for him, he quickly gained positions and returned to the front where he joined a big battle between Tomáš Pekař in Renault Megane and Dušan Kouřil in Hyundai i30. All three drivers were driving very close together with Kouřil in the lead.

In the second half of the race, Vesnič started to drop behind as he was struggling with technical difficulties. It did not take long before the group of three drivers caught up with the race leader and in Lap 7 Kouřil moved into the lead. But in the following lap, he lost out to Galáš. However, Galáš did not stay in the lead for long as his streak of bad luck at Red Bull Ring continued and his race turned into a disaster with a puncture. That put Kouřil back to 1st place, but in the following lap, he dropped behind again as Tomáš Pekař made his move. Pekař then quickly built a five-second gap and won the race ahead of Kouřil.

Rudi Pešovič in Audi RS3 finished in 3rd position ahead of Jakub Wyszomirski in Honda Civic R and Petr Číček in SEAT Cupra.