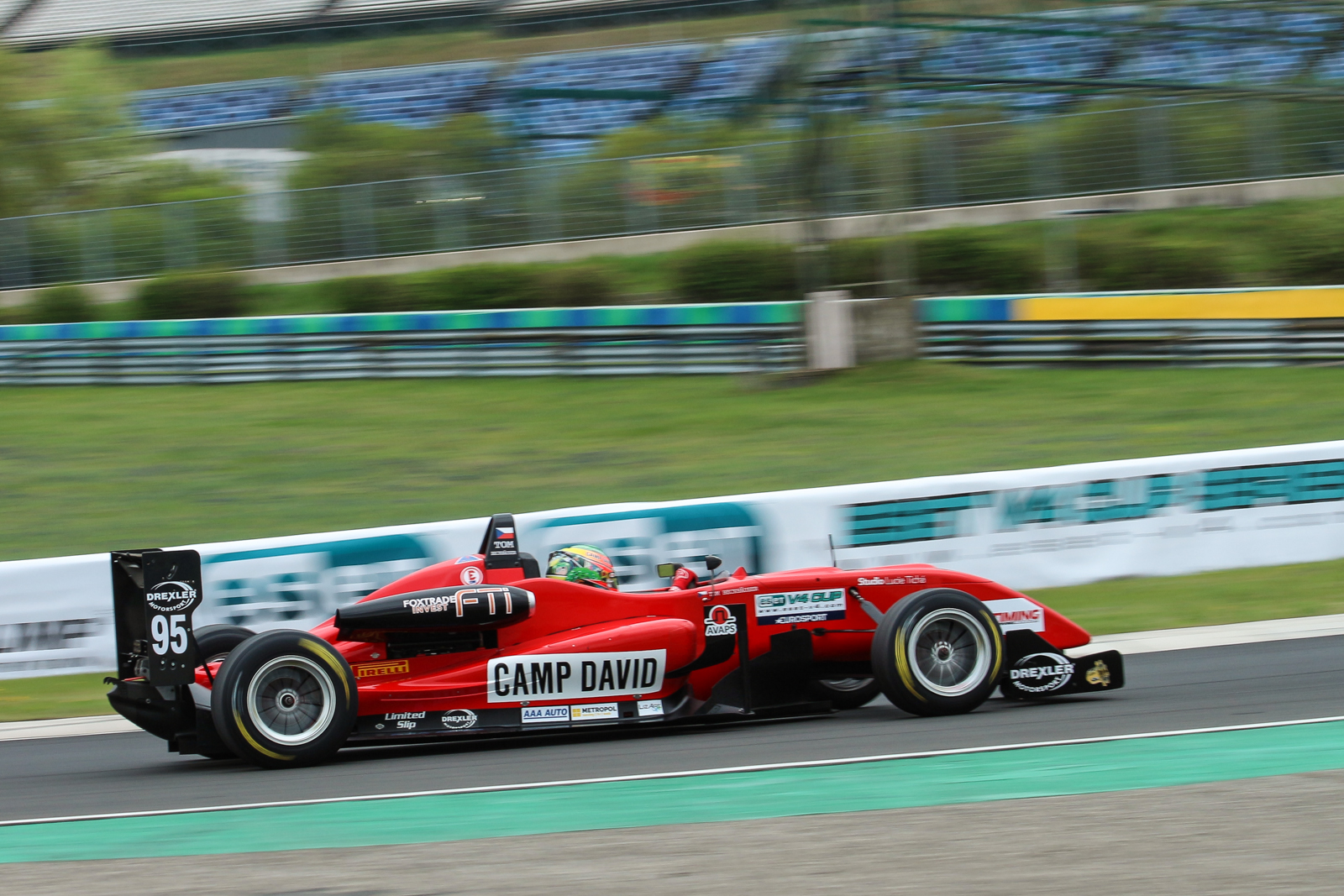 A total of 18 single-seaters met at the Hungaroring grid for the first race in 2019 in Formula category. Franz Wöss Racing driver Tom Beckhäuser took the first win of the season in F3 class.

The current champion Paolo Brajnik took the pole position in his brand new Dallara F318 car, ahead of Tom Beckhäuser and Andrea Cola.

But while Brajnik came into the race as a favourite, a bad start put him several places behind with Beckhäuser taking a lead. Franz Wöss Racing driver soon began to pull away as Brajnik only moved to 2nd after Andrea Cola went into the pits. Nobody could challenge Beckhäuser who took a dominant victory ahead of Brajnik. Roland Stern finished in 3rd and Andrea Cola was classified 4th.

In Formula Renault category, Robert Hefler won the first race of the season ahead of Nikolas Szabo and Zsolt Balogh. The last year‘s champion Bartolomiej Mirecki had to retire with engine problems.