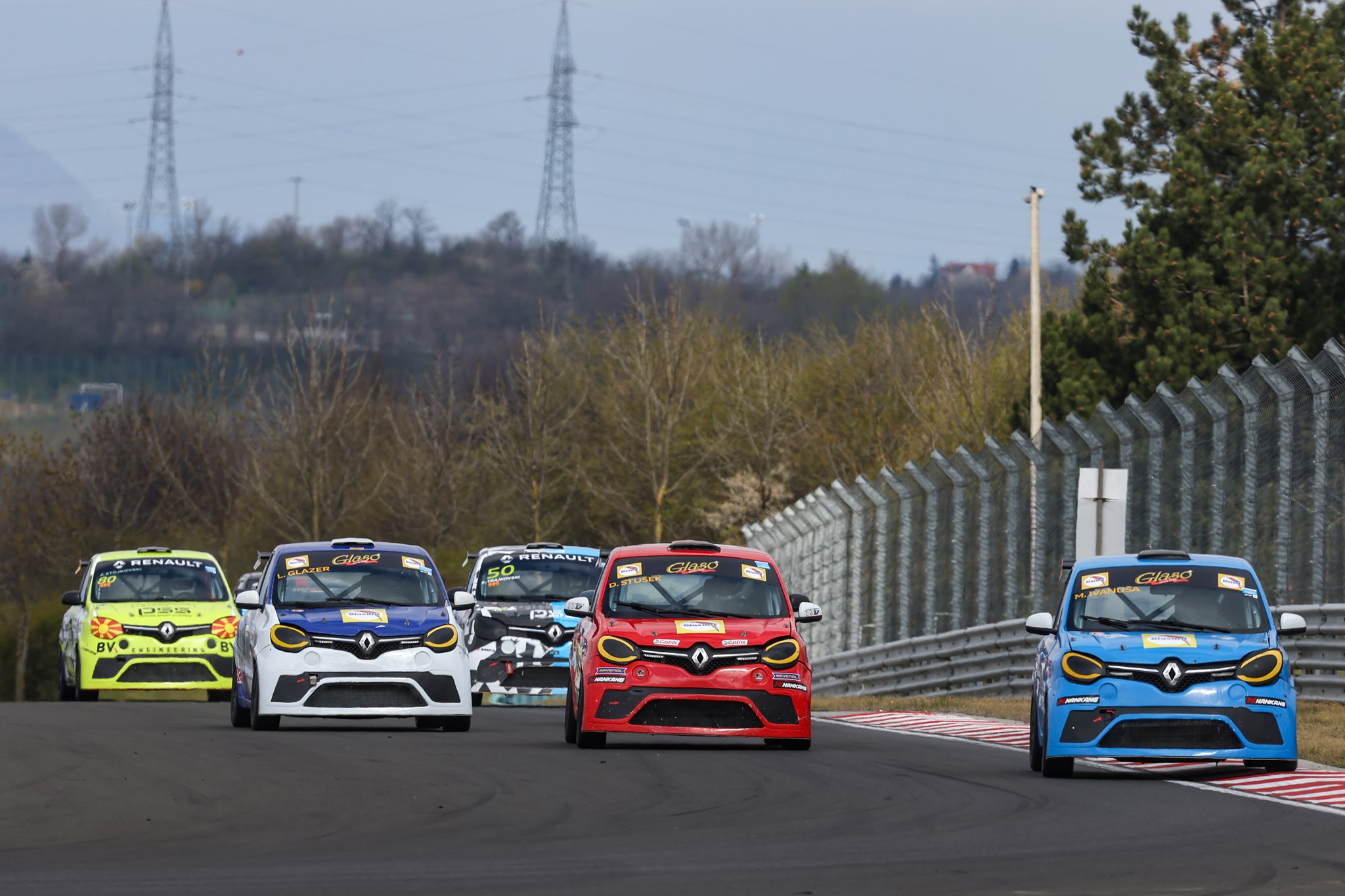 The opening round of the Twingo Cup season saw two different winners. While Nik Stefančič took the glory in the first race, Matej Ivanuša was unstoppable in the second race.

Twingo Cup is traditionally one of the most competitive categories in our championship. And the opening round of the season at Hungaroring has proven that once again.

The first race was won by Nik Stefančič, who crossed the finish line just 0.240s ahead of Mihajlo Mladenović from the ESET Race Star project. They were joined on the podium by Urban Jelovčan.

Later, it was Matej Ivanuša’s time to shine as he took a victory following bad luck in the first race. The Slovenian driver won ahead of Urban Jelovčan and the winner of the first race Nik Stefančič. On the other hand, Mihajlo Mladenovič could not follow up on his 2nd place finish from the previous race as he was forced to retire this time.