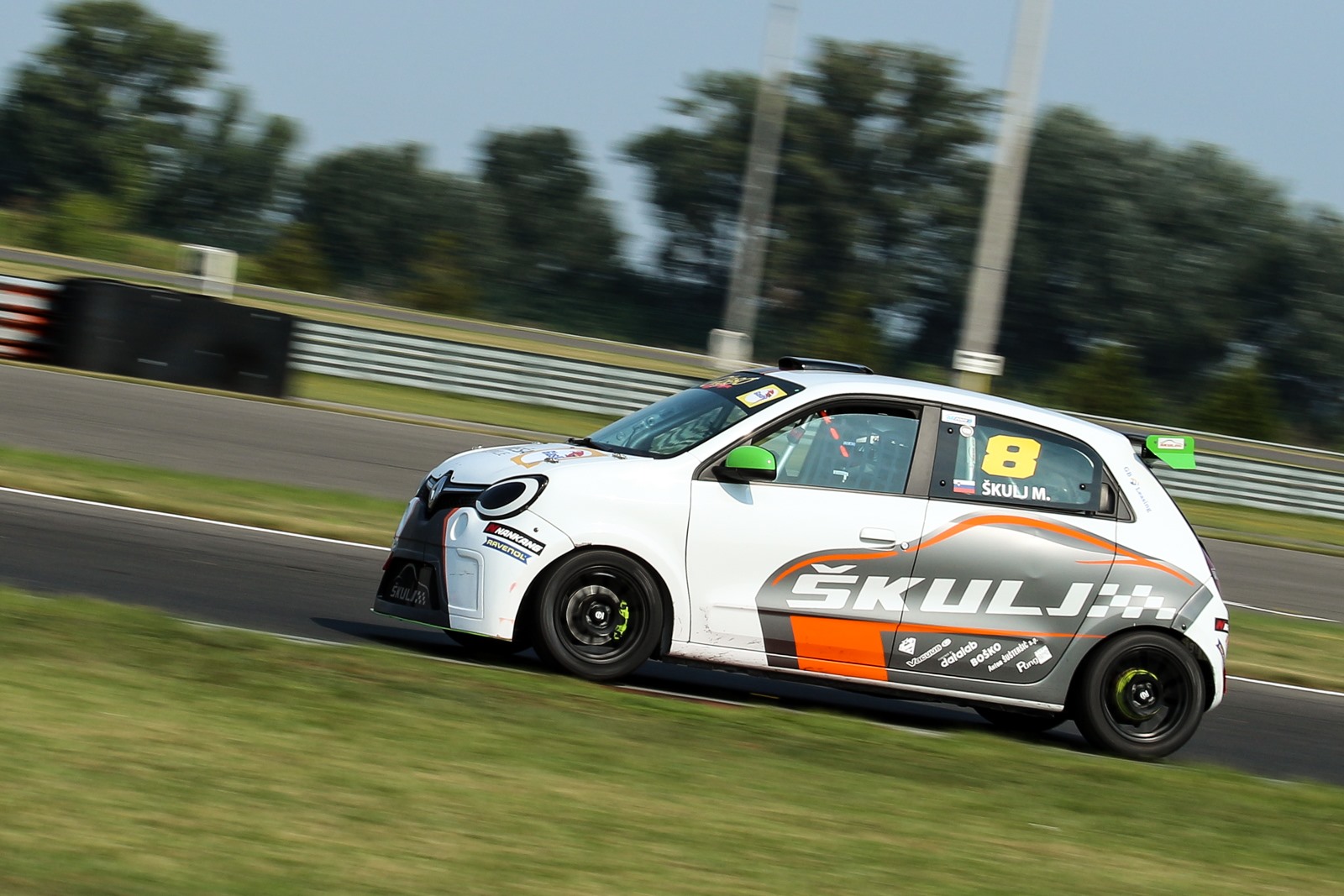 Nothing has changed in the ESET V4 Junior Trophy standings and Mark Škulj still leads the way after Slovakia Ring. The Renault Twingo Cup championship leader even managed to pull away from his competitors.

It was very close between the junior drivers after the previous round in Grobnik, Croatia. Škulj had only 1.27 point lead over his nearest rival Michal Makeš.

However, both drivers left Slovakia with very different feelings. While the Slovenian driver finished all Twingo Cup races on the podium, finishing in 1st and 3rd positions, it was a different story for the Renault Clio Cup driver. Makeš never saw the checkered flag and retired in both races. That allowed Škulj to build his gap. He has currently 79.28 points and leads by 14.83 points.

But Makeš did not just lose points, but he also dropped to the 4th position. Mičánek Motorsport driver lost to two single-seaters drivers – Tom Beckhäuser from F3 category, who won both of his races and currently has 64.45 points and Formula Renault 2.0 category driver Robert Hefler, who has 63.47 points after finishing in the 3rd place in both races. Makeš in 4th place has only 58.5 points.

After two podiums in TCR category, Jáchym Galáš has moved to the 5th place in the Junior Trophy standings with 56.96 points, ahead of Andrea Cola, who took 2nd place twice in the F3 category and has 56.65 points. Sunday‘s Twingo Cup race winner Matěj Korený is in 7th place with 53.89 points, ahead of his rival Nik Stefančič who has 49.76 points. Dušan Kouřil jr. from TCR is 9th with 44.99 points ahead of the Formula Renault 2.0 category driver Nicolas Szábo in 10th with 41.4 points.