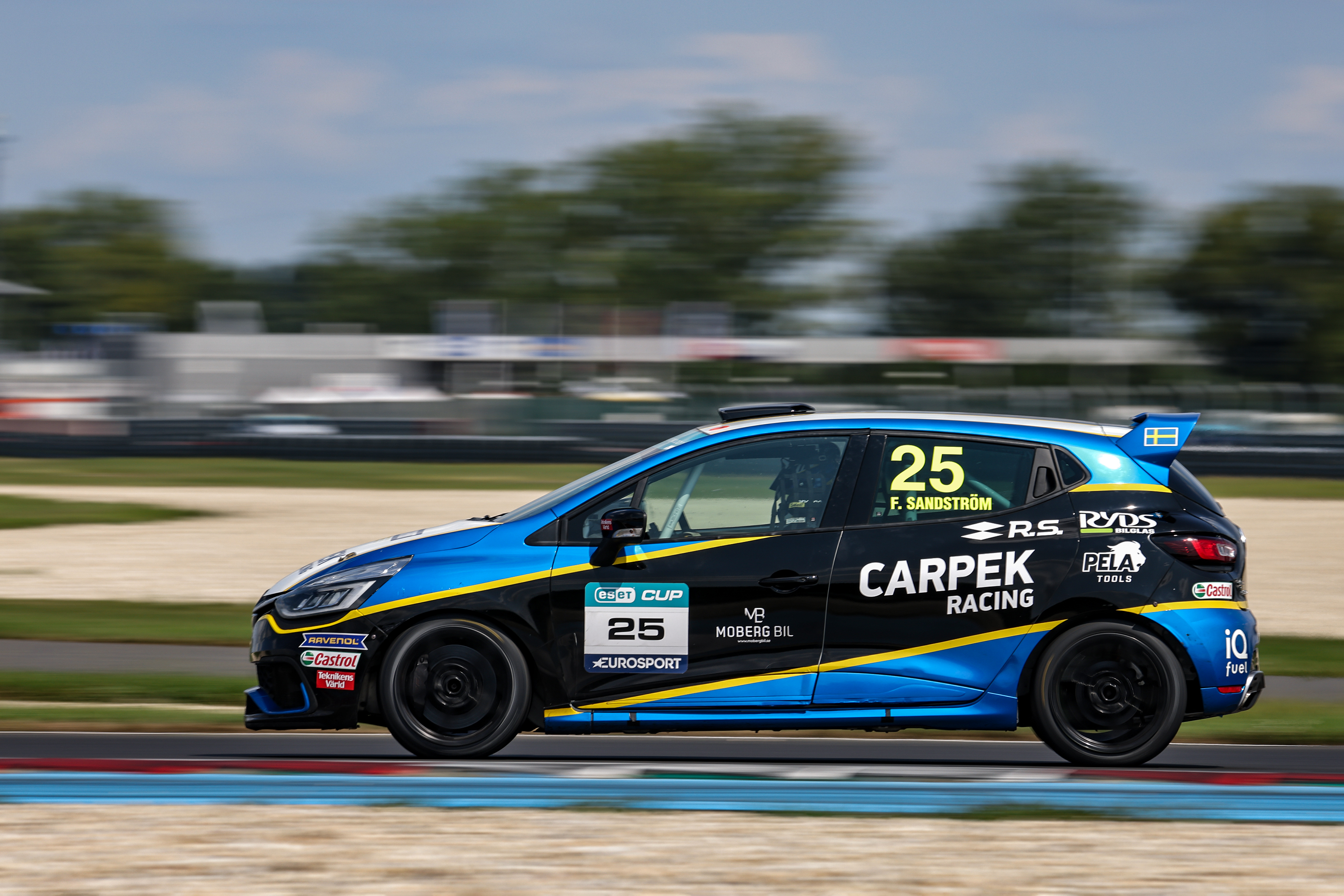 The Carpek Service team remained unbeatable also in the final race of this year’s Clio Cup Bohemia season as the new champion Filip Sandström took a victory. He was joined on the podium by Erik Bertilsson and Balint Hatvani.

Despite having to start from 7th place, following a reverse grid rule after the first race, Filip Sandström did well in the second race of the weekend. The Swedish driver made his way through the field and in the very end, he got ahead of his teammate Erik Bertilsson, to win again. In total, Sandström managed to take 9 victories in 12 races and his team Carpek Service has won all the races this season.

Erik Bertilsson had to settle for 2nd place on the podium. The Carpek Service drivers were joined on the podium by Balint Hatvani. The Hungarian driver from the Z.S.P Motorsport team finished in 3rd place.