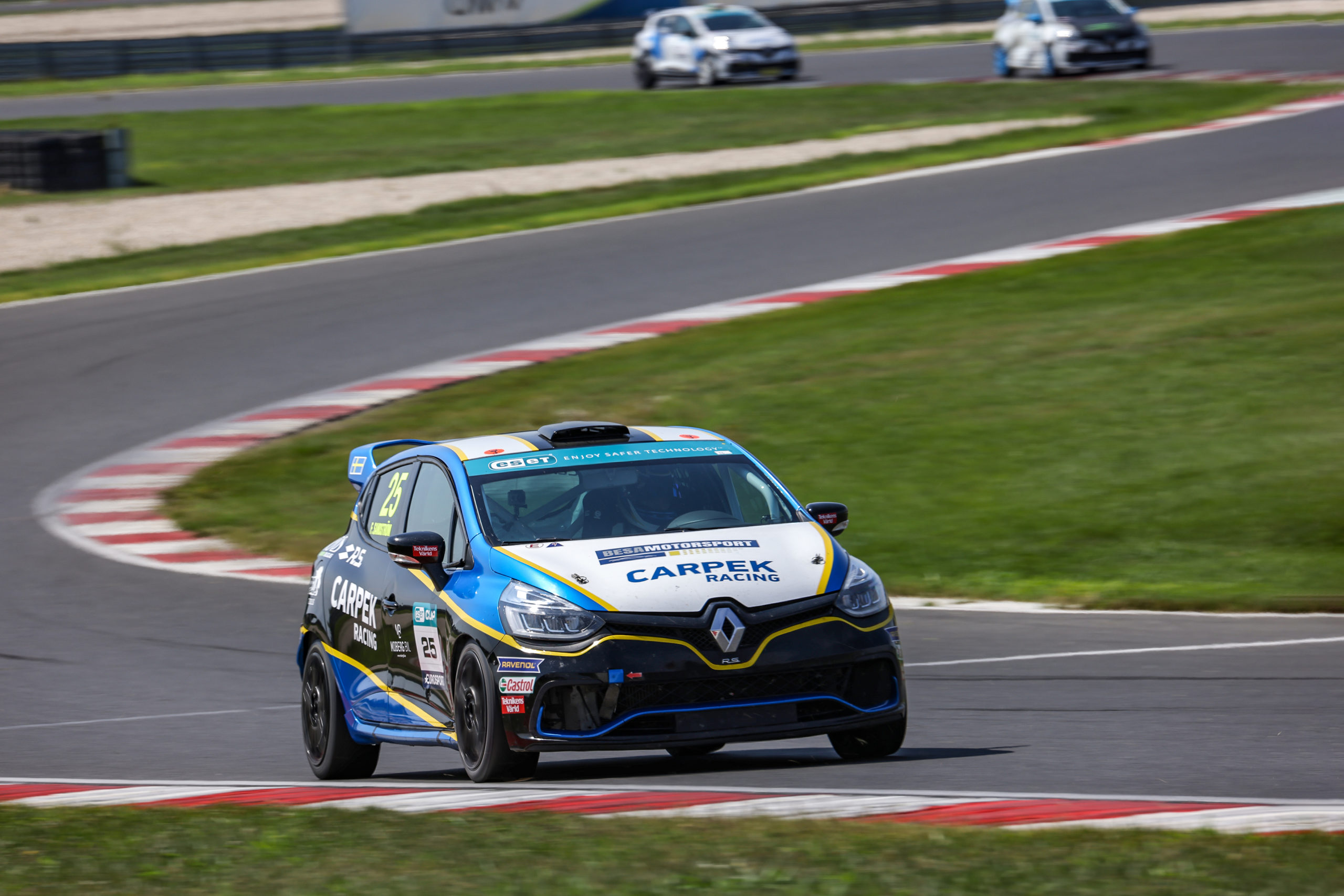 The penultimate round of this year’s Clio Cup Bohemia brought the 8th win to Filip Sandström, who has already been crowned a 2021 champion. He was joined on the podium by Juuso Panttila and Levente Losonczy.

While Filip Sandström is already a certain champion of this season, he has shown he has no intention of slowing down. The Carpek Service took a pole position in Brno and then went on to win the race, leading from start to finish. It is his 8th victory of the year.

For a long time, it seemed that Sandström will be joined on the podium by Z.S.P Motorsport drivers, with Balint Hatvani in 2nd place and Levente Losonczy in 3rd position. However, at the very end of the race, both drivers dropped behind Juuso Panttila, who made it a 1-2 finish for the Carpek Service and the Finnish driver strengthened his 3rd place in the overall standings. Losonczy followed in 3rd place, ahead of Hatvani. 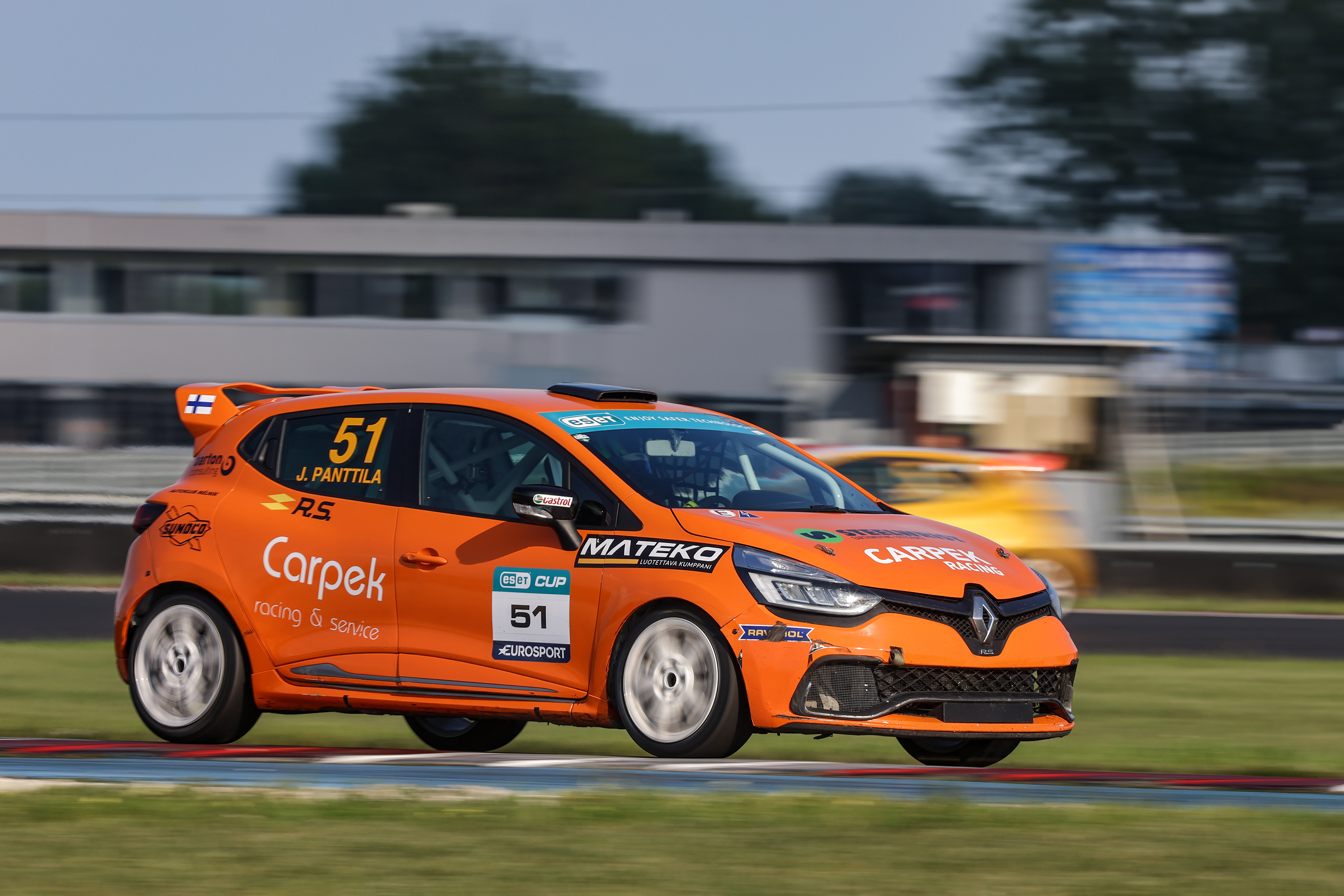 This year’s 2nd best driver Erik Bertilsson was holding on to 5th place for most of the race, but in the final lap, the Swedish driver lost in a battle with Miha Primožič, who then crossed the finish line in 5th place. Bertilsson was classified in 6th, ahead of Richard Meixner, Predrag Šainovič, Zoran Poglajen and Lukáš Uxa.

Sandi Jeram had a difficult race. The Slovenian driver got into trouble right in the opening lap, as he spun following contact with Richard Meixner. And later, he went off the track. In the end, he crossed the finish line in 12th place, one lap behind the race winner.