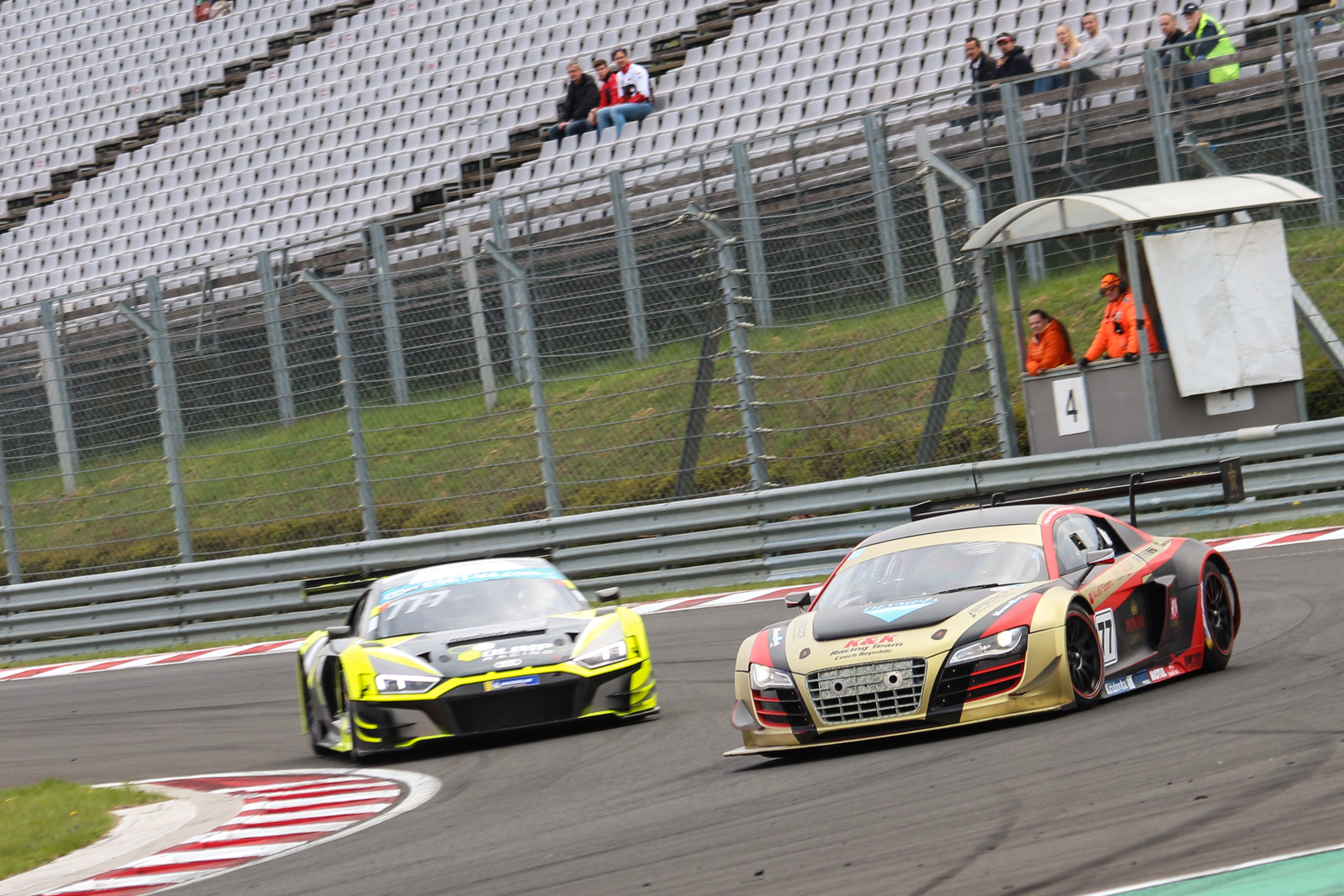 Richard Chlad jr. made an important step towards winning the GT race already in Lap 1 when he passed Marcin Jedlinski. However, both drivers then fought for the rest of the race.

Yesterday’s winner Marcin Jedlinski took a pole position today ahead of Chlad jr., who did not wait too long for making a move on his Polish competitor. Late braking into Turn 12 came as a surprise to Jedlinski, who did not even had a chance to defend his position. Suddenly, it was a black and gold Audio of Chlad jr. that was leading the race.

But that was just a beginning. Chlad jr. had to do everything in his power to defend with his older Audi R8 LMS, as Jedlinski had an advantage of an Audi with a newer specification. Both drivers pushed to the limits around Hungaroring and entertained the fans. Their battle lasted for several laps, but then Jedlinski spun in Turn 14. That was all Chlad jr. needed and then took it easy to the finish line. Jedlinski finished 2nd with Samuel Sládečka completing the overall podium.

For Chlad jr. it was a second win of the weekend after celebrating a great victory in the Endurance race before. Now he took the glory in the GT3 category as well ahead of Marcin Jedlinski and Stanislaw Jedlinski, who finished 2nd and 3rd, respectively, in GT3.

The GTC category also provided entertainment as fans had a unique opportunity to witness battles between two Lamborghini Huracans and also two Audi R8s. At the beginning of the race, Bronislav Formánek led the GTC field ahead of Samuel Sládečka. Both drivers in Italian cars stayed close together until Sládečka finally managed to pass Formánek and went on to win the GTC classification. Formánek finished 2nd ahead of his Mičánek Motorsport team mate Libor Dvořáček. Gregor Zsigo took the win in the GT4 category.