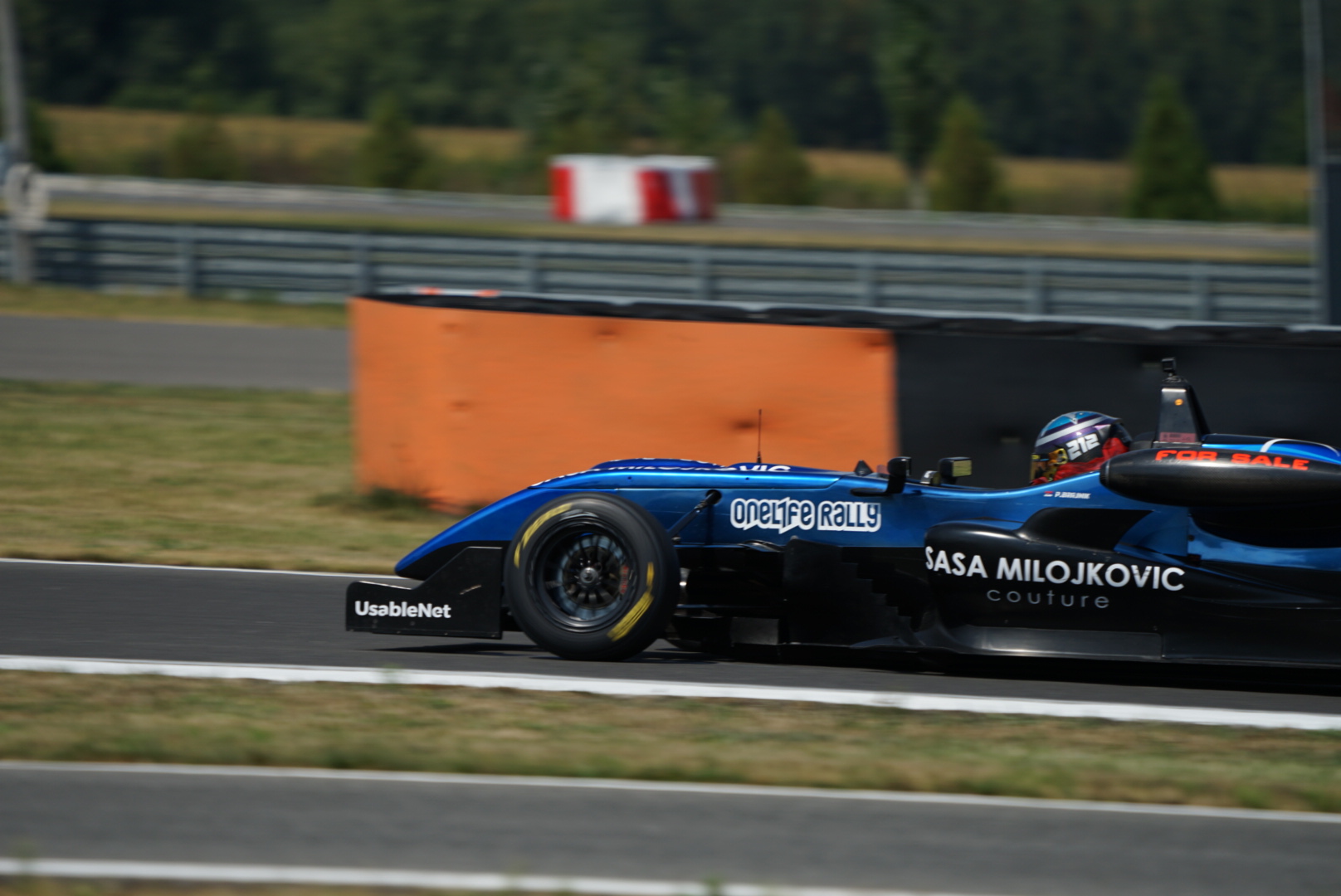 Paolo Brajnik could not be stopped on his way to victory

The second-ranking pilot of the overall ranking in Formula 3, Paolo Brajnik, won the pole-position in the time practice, but when the red lights went off, he was overtaken by János Magyar on the long straight section before the first curve, and the latter took the lead.

But not for long, behind the second horizon of the Slovak circuit Brajnik squeezed back to the lead and did not let it to anybody for the rest of the race. In this dominant manner he crossed the finish line to score his second victory in the season, significantly approaching the overall leader Andrea Cola, who does not start in Slovakia.

“This was a good race, I like modern circuits like this Slovakia Ring. They are technical and therefore demanding. However, in this race I had no competitors and so the progress was quite peaceful,“ said Brajnik.

After awhile the Austrian veteran Franz Woss crossed the finish line to rank second. He commented on the race as follows: “The weather was too hot but I enjoyed the race nevertheless. Pity Paulo Brajnik could not be managed, but he is the best pilot of all in the starting field.“

The third rank after Brajnik and Woss belonged to the Italian pilot Luca Iannaccone.

In the F3 Trophy category Bartolomiej Mirecki performed a perfect ride, for most of the race in duel with the Hungarian Tamás Ronaie. In his category, though, he was a sovereign winner before Antonín Sus, who was penalised with a pass through the pit lane in the course of the race for incorrect position in the starting grid. The third rank belonged to the fourteen-year-old Slovak pilot Patrik Schober, after his motorcycle racing career winning the first podium at the monopost steering wheel.