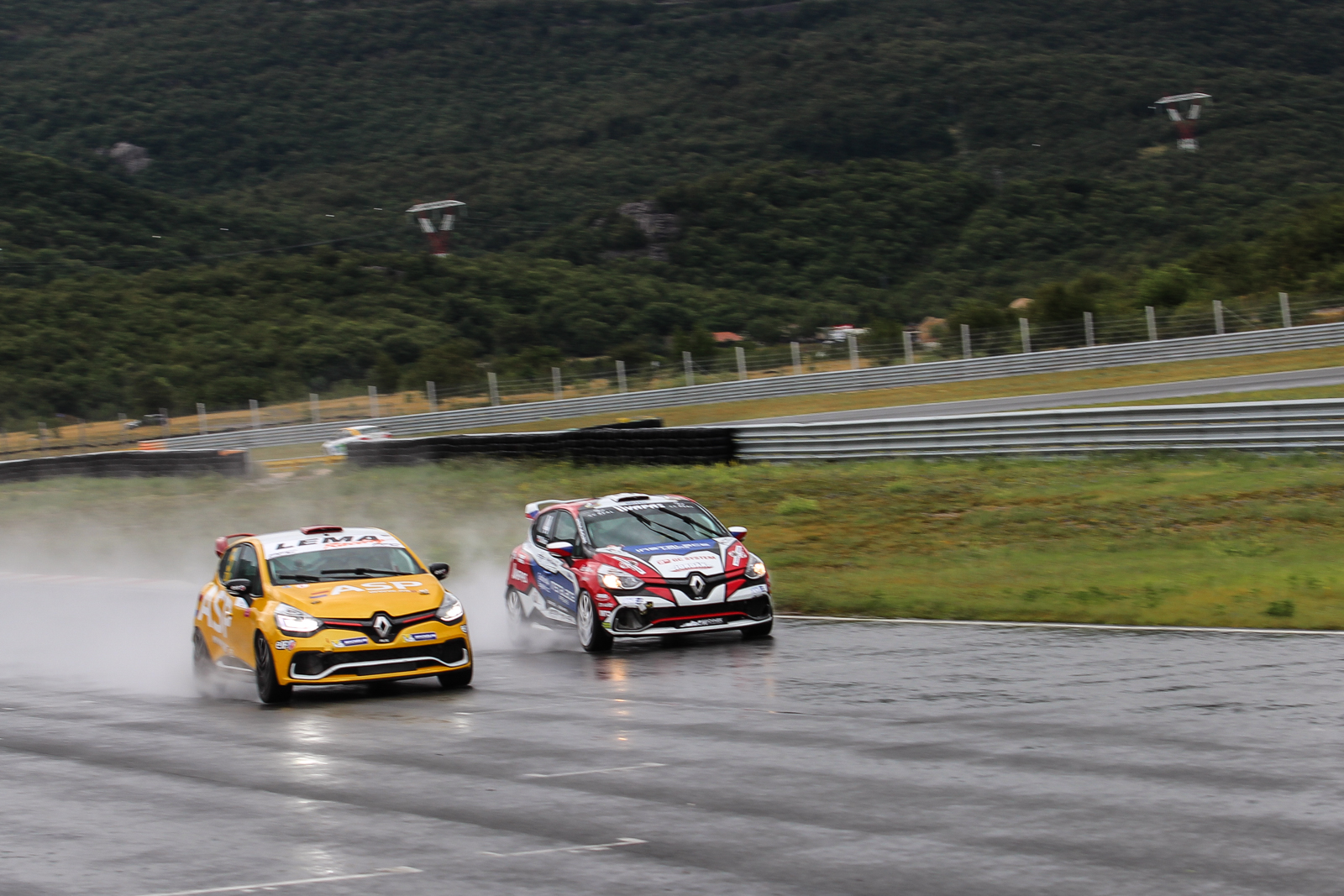 Makeš, After a Duel with Poglajen, Achieves Sixth Victory of the Season

The first row of the starting grid featured Zoran Poglajen and the winner of the Saturday race, Michal Makeš, followed by Miha Primozhic and Alfred Fischer in the second row, and Petr Majer and Szymon Ladniak in the third row. Like the ESET TCR race, the Clio Cup was also marked by wet road and the pilots started on rain tyres.

Although Poglajen held the lead after start, Makeš was immediately at his heels and waited for his chance to grasp the sixth victory in a row. Meanwhile Majer advanced forward, but got stuck in the fourth rank, behind a strong opponent, Miha Primozhic on the third rank.

In the fifth lap Makeš made his way to the lead and even though at first he seemed to set a tempo Poglajen would not be able to cope with, finally, due to the water on the road and overtaking slower cars the two of them, Makeš and Poglajen, made an inseparable tandem. They struggled with each other lap by lap, pulling for the quickest lap times and frequently attacking each other. In the last but one lap they passed along the straight in front of the pit lane side by side and heading towards the first curve they suddenly contacted each other, with the worst outcome for Poglajen, who began to spin and got out of the track. Makeš thus reached for his sixth victory in a row, reinforcing his interim first rank in the overall championship classification.

Makeš was followed by the second-ranking Petr Majer, the bronze rank belonged to Szymon Ladniak, the fourth to Levente Losonczy and the fifth to Miha Primozhic.

In the Cruze Cup the pole position was awarded to Wolfgang Kriegl and he held the same first rank even after pass under the chequered flag in the finish. The same final rank as the starting position was also held by the second ranking Christian Pflügler and the third ranking Dennis Bröker.