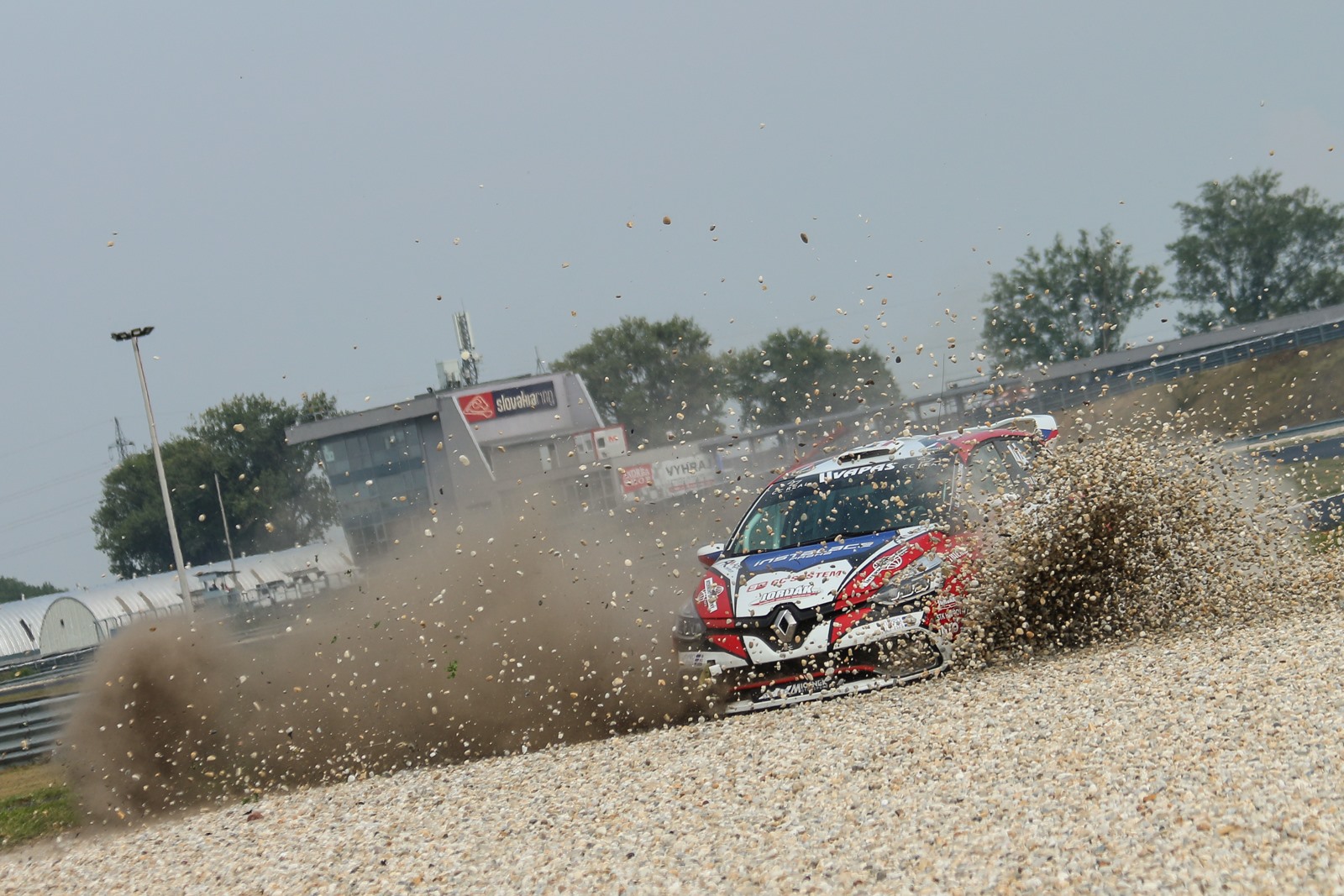 After Grobnik it all looked very dominant for Michal Makeš in the Renault Clio Cup championship standings as he won all six races of the season so far and scored 100% of possible points. However, the Czech driver ran out of luck at Slovakia Ring where he had to retire from both races.

It was time for another Czech driver Petr Majer to shine as he finished on the podium in both races. First, he finished in 2nd place on Saturday, while he took his first win on Sunday. That together with Makeš’ troubles moved Majer into the championship lead with 122 points. Makeš is now 2nd but he is just 2 points behind.

There are only two more events remaining for the Clio Cup series this season – at Brno and Hungaroring. The final event in Hungary will also offer three races instead of two, so Makeš still has plenty of time to return back into the lead and win the title.

The following events will offer up to 100 points in total and Majer and Makeš are not the only ones with a chance to win the championship. Miha Primožič is currently in 3rd place with 64 points, ahead of Zoran Poglajen with 61 points. Then it’s Levente Losonczy with 58 points ahead of Alfred Fischer in 6th with 32 points. Martin Fischer holds 7th place with 22 points and Szymon Ladniak is 8th and has 22 points as well. But the last three drivers has entered only one race so far.