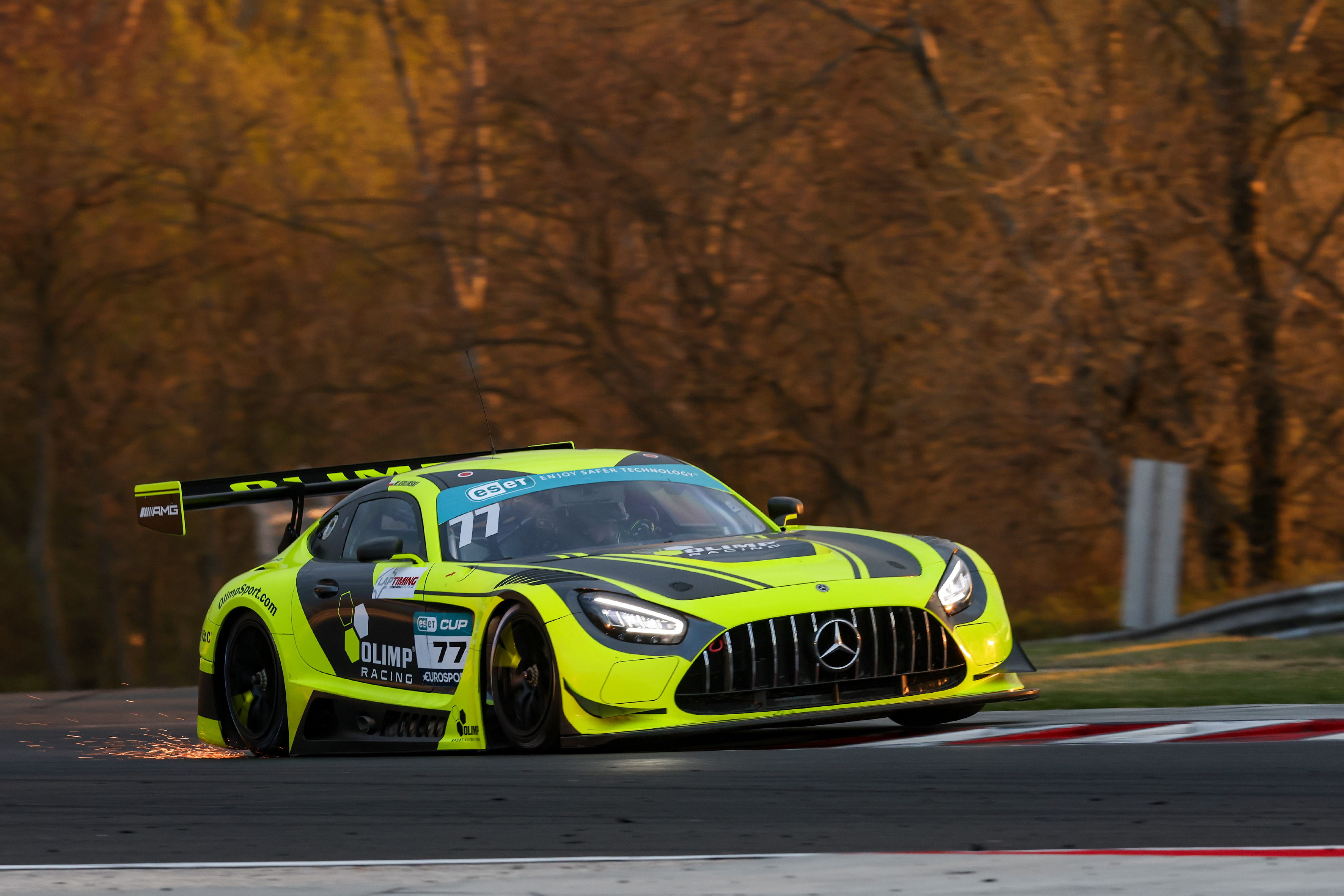 The final endurance race of the season was won by Marcin Jedlinski in the GT3 category, but Gregor Zsigo has an even bigger reason to celebrate than his competitor. While he and Dennis Waszek finished in 2nd place, the result was good enough for Zsigo to win the GT Endurance championship and the GT3 Endurance championship as well. Yasmeen Koloc was victorious in the GT4 class, while Petr Brecka crossed the finish line in 1st place in the GTC and Miro Konopka dominated the LMP class.

Before the final endurance event of the season, the GT and GT3 championship battles were between Marcin Jedlinski and Gregor Zsigo. It was the latter, who had the best starting point ahead of the race weekend. While Zsigo led the GT3 category by 7 points, in the GT Overall standings, he was ahead by 20 points already, with Jedlinski only in 3rd place. However, Dennis Waszek held the 2nd position and as Zsigo’s teammate, he had no chance to get ahead of the Slovak driver.

Jedlinski won the final endurance race of the year, taking both the GT Overall victory and the GT3 category win as well. Zsigo and Waszek finished in 2nd place in both categories, but that was more than enough to clinch both championships and the Trevor Racing team had a really good reason to celebrate. Jedlinski could not gain enough points and the Slovak driver leaves Brno as a double champion.

Stanislaw Jedlinski completed the podium, finishing in 3rd place. Marcin’s father did not race with a Mercedes car, but an Audi instead this time.

In the GTC category, it was Petr Brecka from GT2 Motorsport who finished 1st ahead of his teammate Bolek Waszek. In the GT4 class, David Vršecký and Yasmeen Koloc took a victory, despite it was Yasmeen’s debut weekend behind the wheel of a GT4 specification car. They managed to beat Ferenc Ficza and Grega Šimunovič with Mathias Lodi. In the LMP classification, Miro Konopka crossed the finish line in 1st place, for the ARC Bratislava team, ahead of Jacek Zielonka.