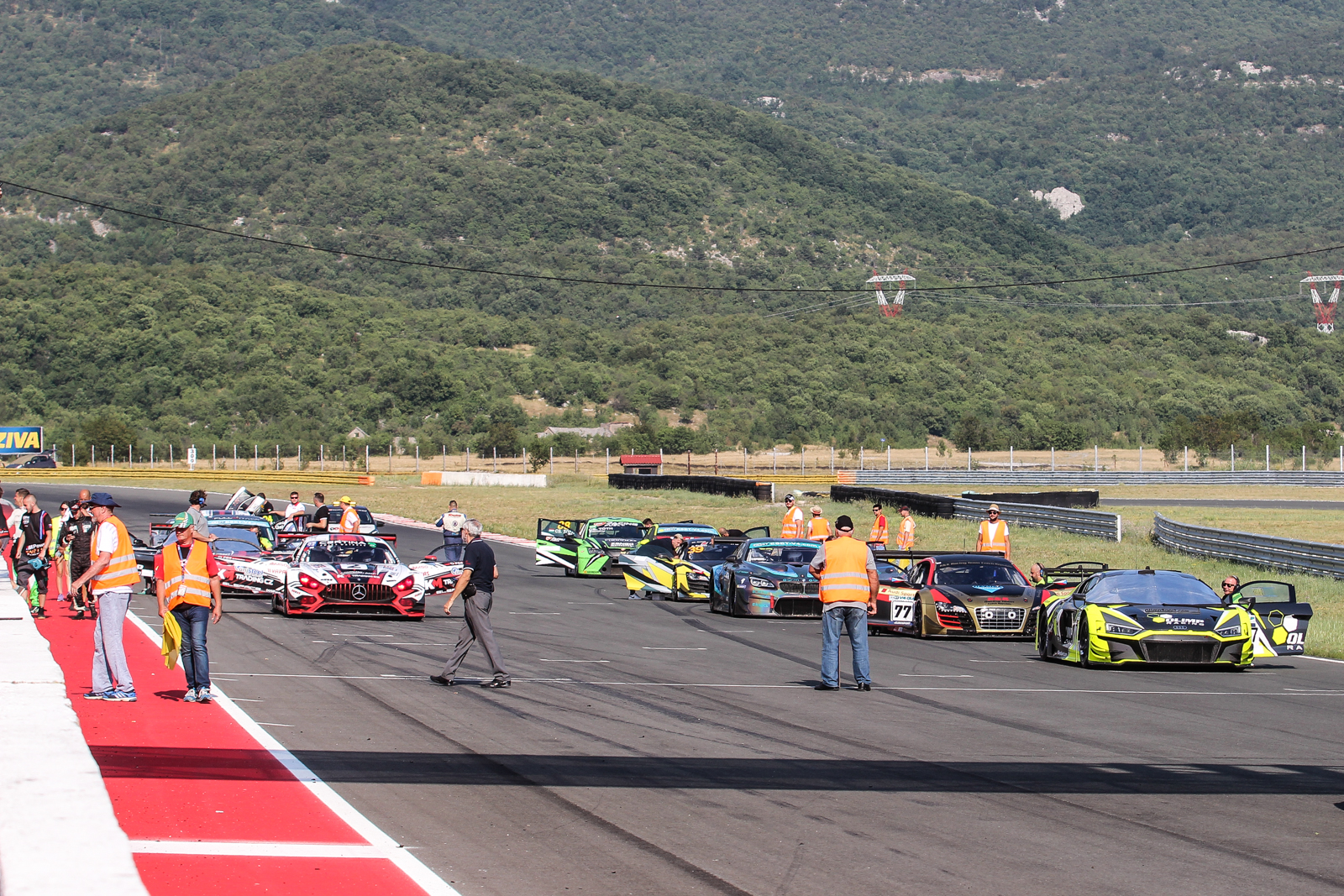 The pole-position at the start belonged to Mateusz Lisowski followed by Richard Chlad and Libor Milota. While the bright yellow Audi of the Polish Olimp Racing team started without any problems and settled in the lead, Milota overtook Richard Chlad, thus starting an attractive show represented by their struggle for the second rank, further joined by Christian Malcharek in his BMW M6 GT3. The fifth rank in the GT category was steadily held by Stanislaw Jedlinski in Mercedes in front of the Rado Raspet-Matěj Sešel crew in the third Audi R8 in the starting field.

Richard Chlad was the first to enter the pits out of the trio fighting for the second rank, followed by Milota, whose steering was taken over by Skalický. They were followed by Malchárek, replaced in the cockpit by Gregor Zsigo, and the leading Audi appeared in the pit lane as one of the last, from then on piloted by Marcin Jedlinski. The stops in the pits did not change the ranking of the top five and their potential switches were to happen on the circuit only.

The final switch of the ranks was eventually arranged in the final laps of the race by Richard Chlad, who stopped in the last but one curve of the circuit by the crash barriers and made the safety car enter the circuit, and hurl the whole starting field together. The ranking at that moment was Jedlinski-Lisowski, Milota-Skalický, Stanislaw Jedlinski, Raspet-Sešel and Zsigo-Malchárek. The last minutes of the race did not bring any further changes in the leading three ranks and the endurance victory finally belonged to the Polish crew Jedlinski-Lisowski.

The victory in the TC-3500 category was finally achieved by the crew of Radim Adámek-Miro Horňák in Audi RS3, followed in the second rank by the pair Ladniak Szymon-Jáchym Galáš in VW Golf and the third rank was taken by Gabor Kismarty Lechner-Csaba Toth.