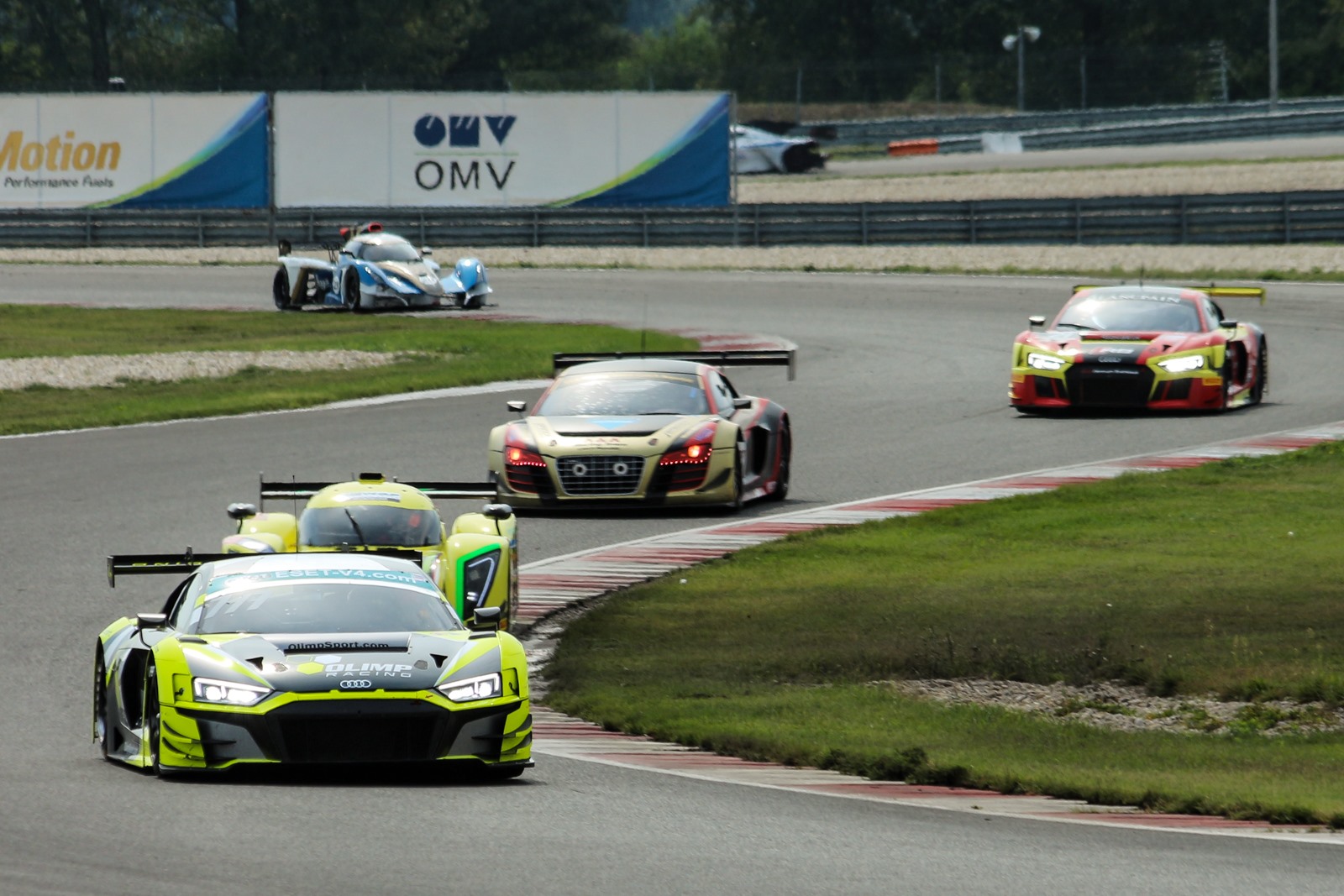 A perfect performance brought Marcin Jedlinski to a win in GT Sprint race on Sunday. He was joined on the podium by Štefan Rosina and Christian Malchárek, who won the previous race on Saturday. Meanwhile, Samuel Sládečka was classified as a winner in GTC category with Gábor Kismarty-Lechner winning in TC-3500.

Marcin Jedlinski will be leaving Slovakia Ring with two winning trophies. The Polish driver was unlucky yesterday when he had to retire following the first lap accident with Miroslav Konopka and Samuel Sládečka. But today he put together a perfect drive and after winning the Endurance race on Saturday, he added one more triumph at Slovakia Ring.

„I’m very delighted. There was a huge variety in the field and I‘m glad that I was able to make it until the end, unlike yesterday. Today’s win means a lot to me, especially after that retirement,” said Jedlinski after the race.

And local fans had a reason to celebrate too. Christian Malchárek added a great 2nd place in the GT3 category after his yesterday‘s win and he and Jedlinski were joined on the podium by Richard Chlad jr., who also managed to finish on the podium in both races.

The GTC category offered a similar story with one of the drivers turning bad luck into a victory – Samuel Sládečka crossed the finish line in the 1st position, though he had only one competitor in his category in Bronislav Formánek, who won yesterday. The Mičánek Motorsport ACCR Team Powered by Buggyra driver finished in 2nd place. Bartosz Opiola did not participate today.

And there were changes on the podium in the TC-3500 category as well. Jozsef Merk did not race today, but his place on the top step of the podium was quickly taken by Gábor Kismarty-Lechner. Nemanj Milovanovič finished in 2nd position again with Zoran Kotromanovič completing the TOP 3.

Štefan Rosina had a special opportunity, as he raced in Rudolf Machánek‘s Mercedes-AMG GT3 car today. Originally, Rosina did not have a car for today’s race but when Machánek heard about it, he decided to give a Slovak driver a chance. And „Štofi“ did not disappoint, especially the local fans as he made his way through from last to the 3rd place in the overall standings.