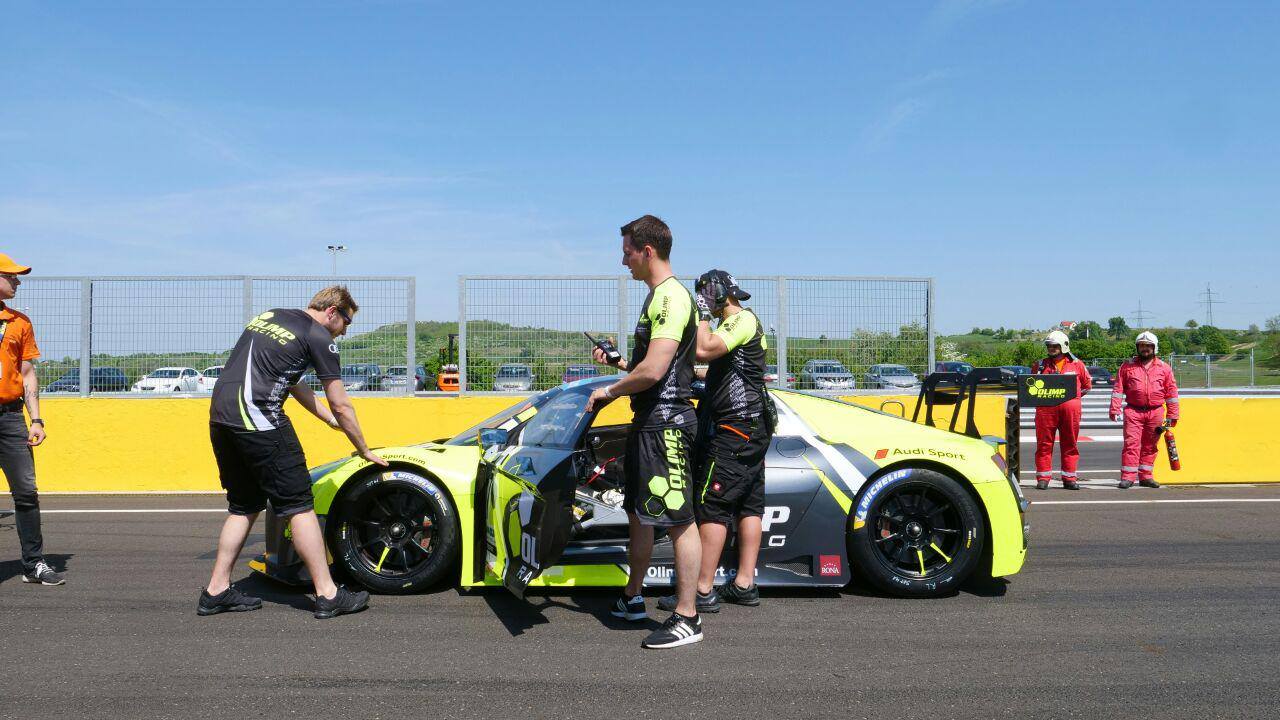 Thirty-one laps long was the journey to the endurance victory for the Polish pilot Marcin Jedlinsky and his AUDI R8 LMS representing the colours of the Olimp Racing team.

His greatest rivals were the family tandem Richard Chlad and Richard Chlad Jr. with an older generation of the same model (K&K Racing Team).

The third quickest crew was the duo of the Mičánek Motorsport team consisting of pilots Josef Záruba and Bronislav Formánek with the cup racing special Lamborghini Huracán, who thus won the GTC category prize.

The new category GT3 Trophy was won by the Slovak-Czech crew of Tomáš Erdelyi and Robert Šenkýř in BMW Z4 (Šenkýř Motorsport team).

“I am glad our team coped well with the transfer from Porsche to the new technology by Audi. Porsche and Audi are two completely different worlds and today´s victory confirms good winter work we did,“ said Marcel Jedlinsky, the winner of the race, before the podium ceremony.

However, the first half of the race was clearly dominated by the quick prototype Norma M30 with LMP3 specification, driven in turns by Václav Janík and Tomáš Korený. Tomáš Korený made a mistake in the course of his stint, made a spin and dropped to the eighth rank.

“It was my mistake. I would like to apologize not only to Vašek but also to all members of my team. I will do my best to make up for it in the following races,” said Tomáš Korený after the race.

Class -3.5 was controlled by the experienced matador Lumír Firla, driving a BMW M3 GTR of the Prague Duck Racing team.

Firla was followed in the ranking list by pilots driving TCR specification cars. The quickest of them was Martin Ryba (VW Golf/Brutal Fish Racing). The points for the second rank were scored by the Hungarian crew Csaba Tóth and L.G. Kismarty (Seat Leon/Zengo Motorsport team) and the bronze medal was earned by the Serbians Mladen Lalušič and Nicola Milkovič (Seat Leon/Lein Racing team).

The premiere performances included the interesting joint start of Václav Nimč Jr. and his father Václav Nimč (Audi R3 LMS/Křenek Motorsport). The latter is holder of many trophies from the past decade of the zone championship where he started with a DTM specification vehicle, returning to the racing special steering wheel at the age of 64. A successful joint premiere is still awaited by this family tandem, at least until the next race at the Red Bull Ring (18 – 20 May), though, for after seven covered laps Václav Nimč Jr. had to give up for a tyre defect.