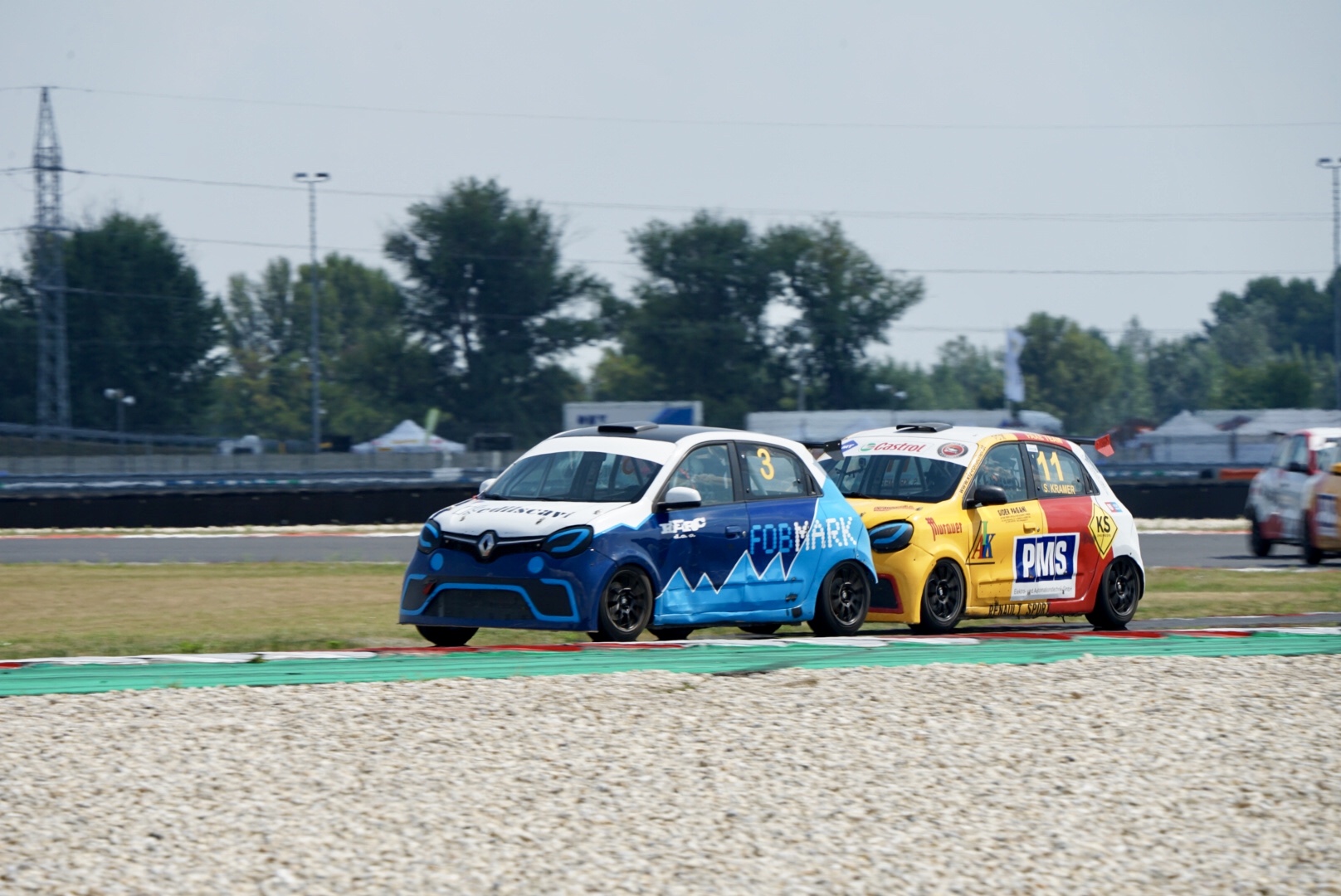 Dramatic duels were offered by the Saturday Twing Cup race at Slovakia Ring. The starting field welcomed sixteen pilots, with the Kramer brothers in the first row. Stefan starting from the pole-position and Alfred by his side. The two of them made an inseparable tandem since the first lap and tried to leave their followers behind, driving side by side.

But nowhere is the driving in the dead air region so important as at Slovakia Ring, with its numerous long straight sections and long curves. Hus the Kramer brothers were followed by a numerous group of rivals and the tension accumulated as the race approached its end.

Gašper Dernovšek starting from the eighth starting position soon worked his way to the third rank, then divided the tandem of brothers and took over the lead from Stefan Kramer. The pair then drove close to each other and although Kramer decided for an attack in the last lap, Dernošhek kept the first rank and won his first race after his first start in Twing Cup at ESET MMSR.

“After start from the eighth staring position I worked my way forward through a series of very tight duels. I enjoyed the race very much. I am very glad I ended my first start of the season here at Slovakia Ring with the victory,“ said the happy winner Dernovšek.

Although Stefan Kramer passed under the chessboard flag ranking second, thank to a thirty-second penalisation he had to let his rank to Tomaz Trček, who moved above the interim leader Stefan Kramer in the overall ranking. The third overall rank after this race was left for Alfred Kramer and the junior victory belonged to Matěj Korený.