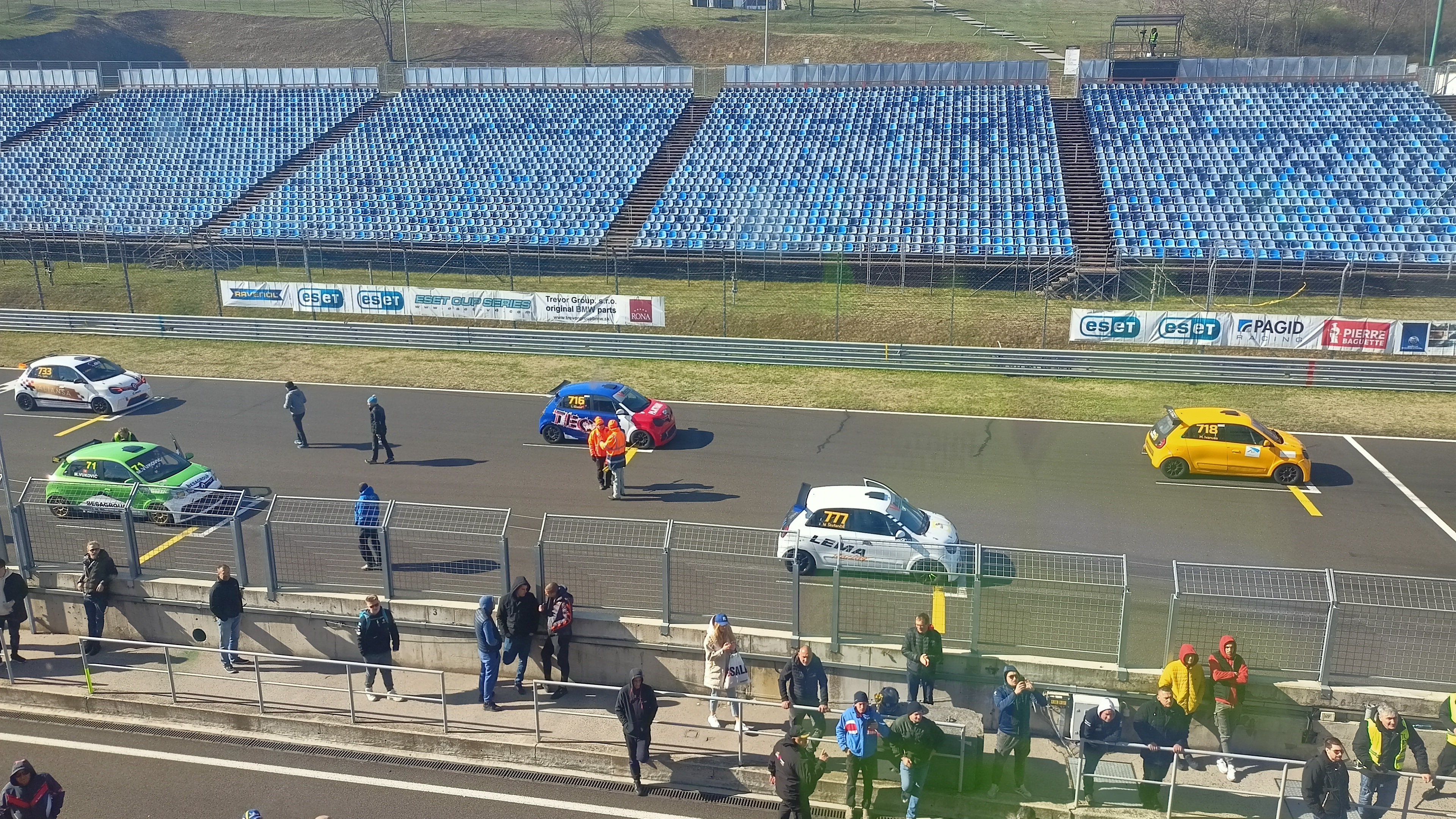 The second Twingo Cup race at Hungaroring also offered a spectacle racing, unfortunately only temporarily. In the middle of the race, a safety car had to go on the track and the winner was Matej Ivanuša.

Matěj Ivanuša and Luka Grm started from the front row and kept their place in the opening lap. However, the battle for the lead was again very close and the competitors competed for every inch of Hungarian asphalt.

After four laps, a trio of Matej Ivanuša, Nik Štefančič and Mihailo Mladenović formed the lead, however, their lone duel was interrupted by the departure of a safety car due to an accident between Jak Štuflek and Vladimír Trenesek.