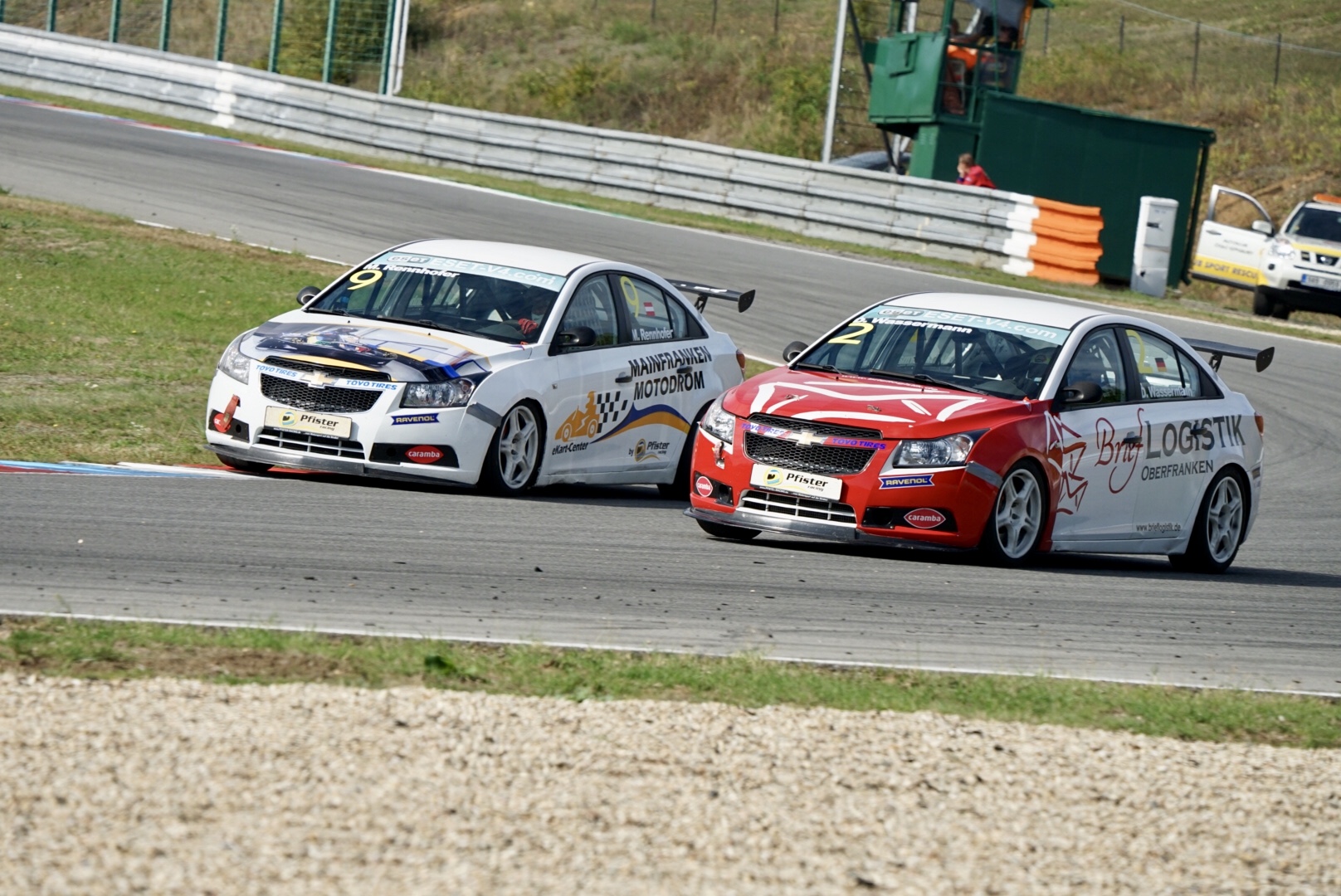 An attractive show as offered by the final race of ESET MMSR at the Brno Circuit. Both the Cruze Cup and the Twingo Cup championship were spiced with thrilling duels.

The pole position in the Cruze Cup was won by Martin Rennhofer before David Wassermann and Thies Ahrens. The best lap time in the time practice assured the pole position in the Twingo Cup to Stefan Kramer before his brother Alfred, and these two were followed from the second row by Tomaz Trcek and Luka Glazer and Keijo Keke Platzer and Marko Coza starting from the third row behind them.

The race was a hard battle from beginning to end. Wassermann took over the lead in the first curve but Rennhofer did not give up and attached the German pilot at every possible moment. The pair drove one after another, changing order all the time, with Rennhofer in the lead in the ascending section before the finish straight. However, the experienced Wassermann accelerated better to the steep slope, driving side by side with Rennhofer in the last double curve, and taking the lead at the exit from the curve. He then crossed the finish line with a 0.287 second advantage over Rennhofer. The third rank belonged to Thies Ahrens.

The fourteen pilots of the Twingo Cup achieved tight results in the race. The first four of them, Stefan Kramer, Alfred Kramer, Tomaz Trcek and Keijo Keke Platzer, were only one second apart in the finish and periodically changed ranks in the course of the whole race. Only Stefan Kramer always passed the starting straight in the lead, so statistically taken he led the race from the beginning to the end. The second rank was occupied by Alfred Kramer, who dropped to the bottom of the leading group of four, but in the final secion he managed to advance to the second rank before the third-ranking Tomaz Trcek, who has won Twingo Cup championship. Fourth was Keijo Keke Platzer.