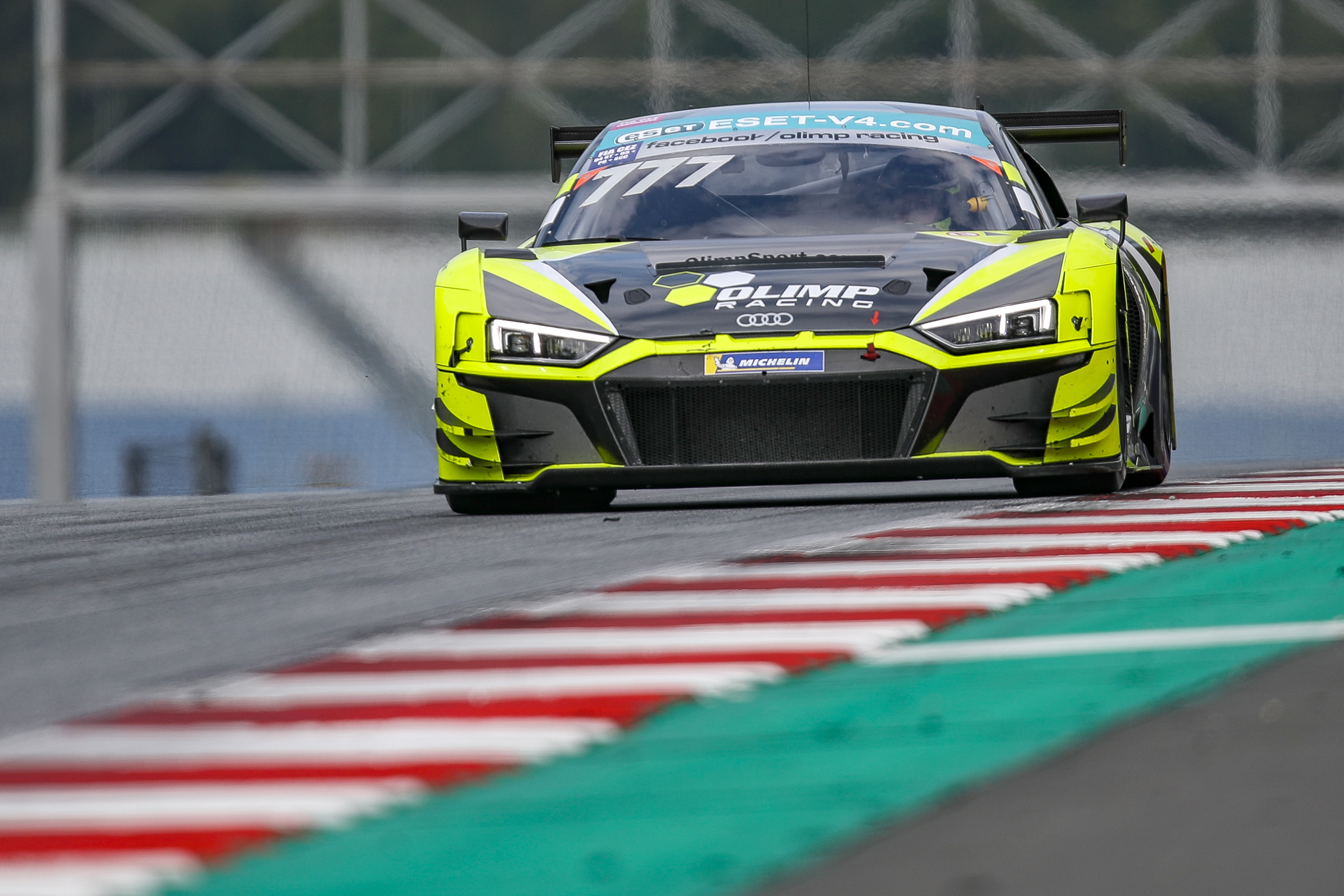 Two out of two for Mateusz Lisowski in GT race

The second GT race at Red Bull Ring saw a huge accident of Richard Chlad jr. but also a second win of the weekend for Mateusz Lisowski.

It took only one lap before Safety Car had to be brought on the track to neutralise the race following a huge accident of Richard Chlad jr. The Czech driver crashed his black and gold Audi R8 LMS heavily into the barriers due to a lodged left front wheel. Luckily, he escaped unharmed.

But he was not the only victim of the race as there were many other retirees, including Bronislav Formánek with Lamborghini Huracan.

The Safety Car stayed on the track for several minutes before the race could be restarted. Lisowski managed to stay in the lead after the restart and he began to build a gap ahead of Samuel Sládečka with Lamborghini Huracan in 2nd place. Libor Milota and Daniel Skalický followed closely in 3rd and 4th positions.

Not much changed after that and Mateusz Lisowski took his 2nd GT3 win at Red Bull Ring this weekend. Libor Milota finished in 2nd place, improving his best personal result in his first season with Mercedes car. White and pink Audi R8 LMS ultra of Daniel Skalický crossed the finish line in 3rd place. In the GTC category, Samuel Sládečka celebrated a win after a great drive with his Lamborghini Huracan ahead of Libor Dvořáček with the same car. As of GT4, it was Gregor Zsigo with BMW M4 GT4 on the top step of the podium.