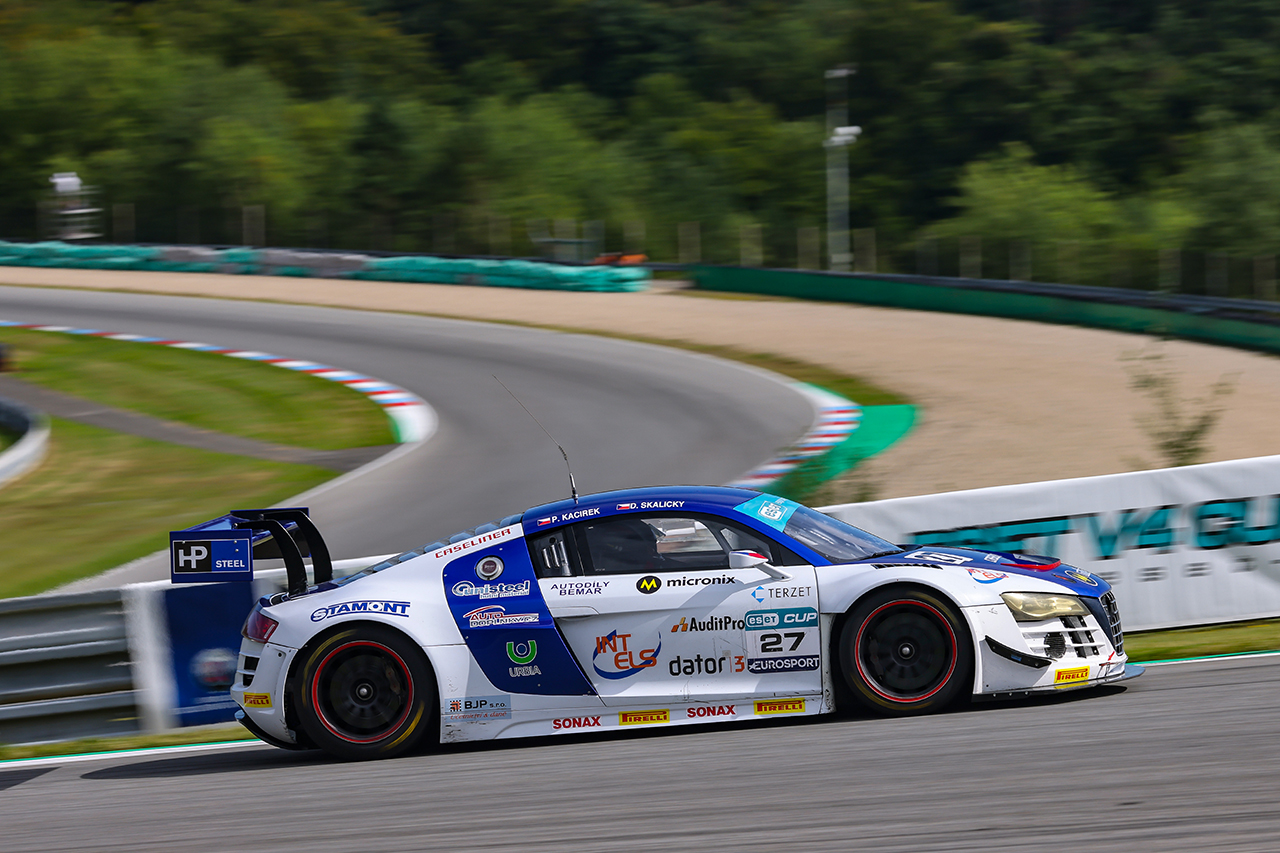 The GT3 Endurance series is led by Daniel Skalický. The Duck Racing driver is ahead of Gregor Zsigo and Štefan Rosina, who have one last chance to do something about it in the final round of the season at Hungaroring.

While Gregor Zsigo currently leads the GT3 Sprint series, it is Skalický who sits on the 1st place in the GT3 Endurance series standings. There is only one last race remaining that is going to take place at Hungaroring on October 24 and 25.

The Duck Racing driver has started his 2020 season with a 2nd place finish at Grobnik, after which he followed with a 3rd place at Slovakiaring. However, his biggest success so far came in Brno, where he managed to win. He now leads the championship with 29 points in total.

But Skalický is not a winner yet, as he is only 11 points ahead of Trevor Racing duo Štefan Rosina and Gregor Zsigo with 18 points. Both drivers raced together at Slovakiaring and Brno, finishing in 2nd place on both occasions.

However, there are still other drivers who have at least a mathematical chance to still win the championship. For example Bódis Kálmán in 4th place (13.5 points), Libor Milota and Sergej Pavlovec in 5th (12.5 points) and David Vršecký with Tomáš Enge (12.5 points). While Milota and Pavlovec won a race at Grobnik, Enge with Vršecký took the glory at Slovakiaring.